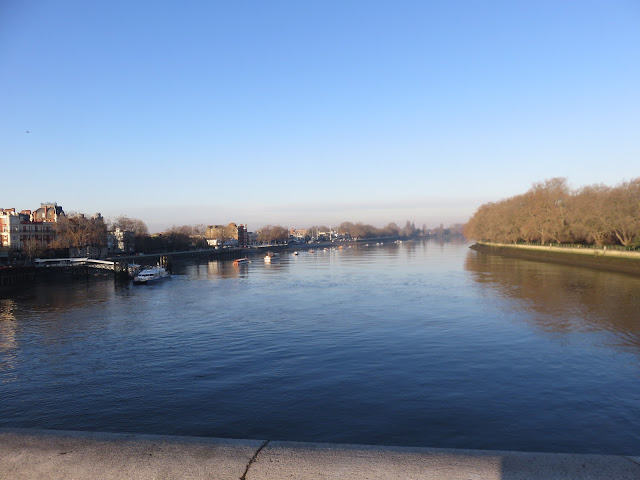 The chill light of a winter morning falls on Putney Bridge, riding a tide that rises beyond the capital city. Having cleared the urban core, the water’s mood changes dramatically as it swings hard to the south in a great ninety-degree bend. Could this be a memory of 20,000 years ago, when the glaciers of the last ice age advanced all the way down here and shunted the Thames to the south?

Coincidence or otherwise, the bottom of that arc sends it right into what in a single human lifetime has become the corner of the Greater London conurbation, where on meeting the water that falls from the English interior, the sovereignty of the tides finally ends.

But more than water comes and goes this way. For thousands of years before trains and motor vehicles the river was the prime means of travel for the people of its watershed. Far better after all to let the tides take you where you want to go than drag yourself and your belongings up and down the muddy, potholed, bandit-ridden land routes.

If you had the means and status for it, that is. Under English class hierarchy, this privilege of escape from the struggles of London was primarily the preserve of those on the highest levels of the social pyramid. Above all that meant the monarchy, whose palaces and hunting grounds duly colonised all the best floodplain they could grab off the common folk. In their wake came their obligatory orbiting constellations of nobles, clerics, sycophants and concubines, some of whose families still occupy these prize mansions and riverside villas. Theirs are the upriver domains of Richmond and Kingston, towns whose roots lie in the legends of English royalty, but the intervening distance was settled by the middle-class affluents on the next tiers down as they popped up through the thick foam of the industrial revolution, into the fresh river air, and followed the old nobility out that way. Entranced by the splendour of the riverscape, these escapees imagined up and passed down an Arcadian paradise of swans and ducks and herons, of comfortable housing whether ruddily historic or ostentatiously gentrified, of lazy promenades lined with elaborate lamp-posts and hanging flower baskets, along a riverside of leaves and willows everywhere managed and in places manicured.

Yet the question, the very English question, remains. Who is it for? 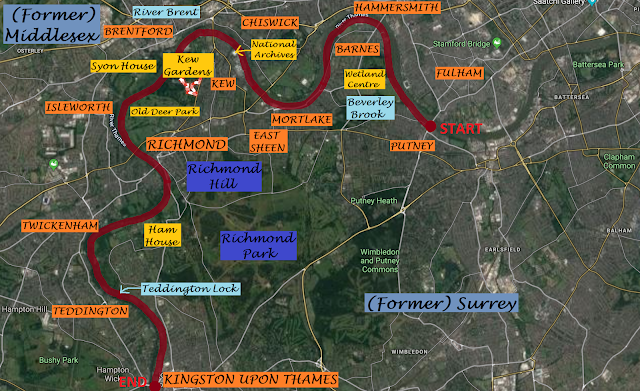 Before we embark, ongoing events should serve as a reminder that history is alive around us. Not two days after the previous section’s article there was a terrorist attack at one of its most prominent landmarks, London Bridge. The attacker stabbed two people dead in the hall of the Worshipful Company of Fishmongers before being shot by police on the bridge, having been subdued by, among others, someone wielding a narwhal horn from the aforementioned institution. This violence fed into one of the dirtiest and bitterest general elections in this country’s living memory, in which, as has typically been the case, the old royal lairs on the path ahead were some of the most fiercely contested constituencies in the country. Past and future, local and global: all are present and inseparable.

It was not a regular election. The outcome has struck a whole new level of shock and despair into many people and looks likely, to say the least, to irreparably alter the destiny of Britain and England. But even in this extraordinary instance, the boroughs of Richmond Park, Twickenham, and Kingston and Surbiton defied both the national trend and that of London’s division into working-class Labour Party urban areas versus white and affluent Conservative Party sub-rural outskirts. This corner alone chose a third option and put in Liberal Democrat MPs with comfortable majorities: the sole phalanx of Lib-Dem amber on a map that has otherwise scattered it to particles.

Pinned between core and periphery; shaped by both upstream and downstream worlds but not entirely of either. Who are the people who live on the riverbend, and what makes them different?