'He won't always follow orders,
for he dares to answer “Why?”
and unless he likes the reason,
he refuses to comply.'
-The Sultan, Quest for Glory 2


'Being a hero has a lot of perks, you know. You get the respect of the people, cheap rates at inns, and you can even walk into people's houses and take stuff.'
-Luka, Monmusu Kuesto

Increases melee, ranged, and spell casting speed by 30% for all party and raid members. Lasts 40 sec.
Allies receiving this effect will be unable to benefit from Heroism again for 10 min.
-'Heroism' ability available to players of the Shaman class in World of Warcraft

'Heroism by order, senseless violence, and all the pestilent nonsense that goes by the name of patriotism – how I hate them!'
-The World as I See It, Albert Einstein (1931)

Heroes and heroism. Treacherous territory, this. The kind of territory where, no matter where you stand at a given moment, you can expect that someone somewhere would very much like to shoot you. Nonetheless, let's have a brief exploration – and let's keep moving.

Let distinctions between fictional and non-fictional heroism be of no concern for this discussion. Heroism, after all, is one topic where the line between is not so easy to place; where one person's reality may be another's most monstrous nonsense. And vice versa.
CLICK HERE FOR FULL ARTICLE
Posted by Chaobang at 09:34 0 comments 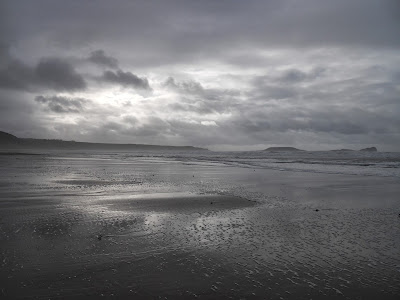 Look closely at the west coast of Britain. Notice how the land reaches out, extending, fragmenting, as though desperate for release from the island's core.

So for people as for land. Overseas, the red buses and telephone boxes and royal family in England may well be synonymous in popular imagination with “Britain” or the “United Kingdom”, but over half of the UK's territory is in fact home to heritages and identities foreign to the English. Indeed, for most of their history, the Celtic peoples of Scotland, Wales, Ireland, and even Cornwall, have struggled against ruthless English conquest and oppression. These nations were some of the very first to experience the bloodshed and cultural vandalism of what became the British Empire, whose search for people to plunder and terrorize soon took it beyond its own neighbourhood, and on to the Americas, Africa and Asia.

But these are tenacious cultures, who in spite of hundreds of years of this struggle, still retain their own sense of themselves, although only Ireland – most of it – has won complete independence. The others have Welsh or Gaelic spoken alongside or instead of English; compete in their own teams in international sport, passionately expressing themselves in football and rugby; and have continued to struggle for political autonomy within the UK, or outright separation.

This uncomfortable history feeds straight into Britain's current mire of socio-economic repression and collapsing ethic of care. The country is now in deep subjection to the Conservative Party's austerity programme, which has involved the systematic dismantling of the welfare state, the removal of measures protecting the vulnerable and poor, the deliberate cultivation of popular ignorance and prejudice of all stripes, and the concentration of resources and influence in the hands of political, financial and big business elites, effectively selling out the country to thugs, thieves, and the acolytes of a renewed and remorseless cult of the market.

This process's regional dimensions have been obvious. A privileged, insulated, hankering southeast has become a tentacular Laputan monstrosity, siphoning off resources, jobs and dreams from Britain's north and west, to further service the coffers and egos of the London elites while leaving behind the rest of the country in suffering, stagnation, and a constant bombardment of brazen southeastern contempt. The debates surrounding Scotland's coming independence referendum have become as much about an opportunity to claw back a paradigm of socio-economic fairness and political accountability, not to mention basic human decency; that is, to say no to the campaign of national cannibalization orchestrated from Westminster, over and above questions of Scotland's geopolitical interests or long historical grievances.

And then there is Wales. 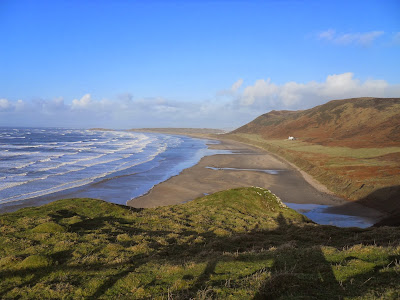 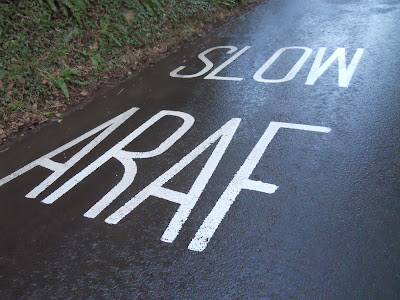 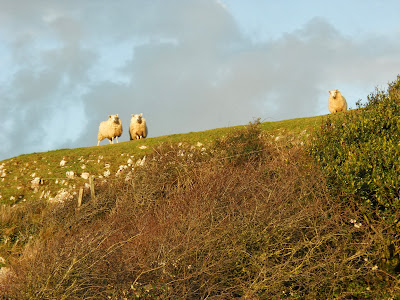 Subjected, often brutalized, by England for 700 years, Wales now has its own national assembly with considerable autonomy over its own affairs. More thoroughly integrated into the UK than Scotland, its present independence ambitions are more muted, though one wonders how a positive outcome in the Scottish referendum might affect this.

Wales, like Scotland and Ireland, is a land of wild and beautiful landscapes. Unlike England it actually has mountains, and its moors and coastlines carry that same sense of distinct direction as Wales's culture: that freedom of remoteness, whose systems and secrets, not like those that call themselves British, make themselves known beneath your footsteps.

Here, then, are some landscapes and themes from the Gower Peninsula, an outstanding region of natural beauty just out of Swansea's back door. 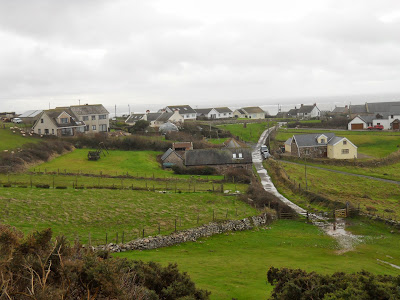 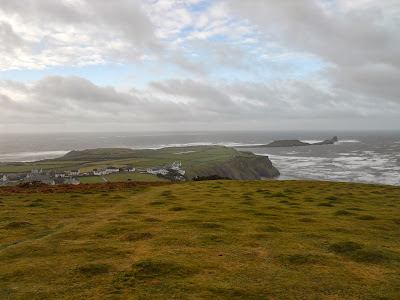 CLICK HERE FOR FULL ARTICLE
Posted by Chaobang at 11:39 0 comments