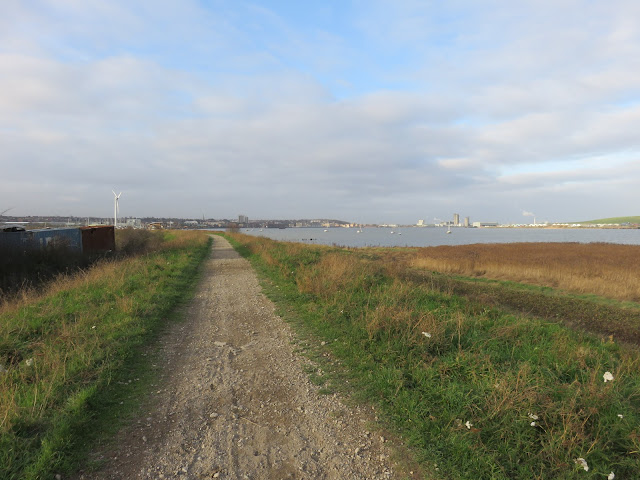 This walk is not actually in London.

When you hear London, perhaps your internal atlas opens on a shape somewhat like this: 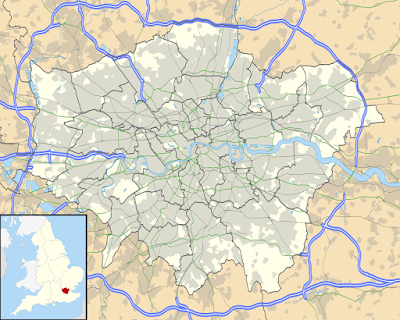 Officially, this is the present extent of what is tellingly titled Greater London: thirty-two boroughs bound within the eternal chain of the M25 motorway. And yet, this map and that concept of London would have been unrecognisable to anyone in it for most of the last two thousand years.

London has traditionally meant a nucleus upon the river Thames – the City of London. This was later supplemented with a second nucleus, the City of Westminster. Most of the rest of this territory was a mix of tiny villages, rolling farmlands, forbidding forests and bandit-ridden wasteland till the late nineteenth and early twentieth centuries.

It was only then, in the living memories of present-day grandparents, that industrial urbanisation and suburbanisation flung out London’s tentacles of road and rail to seize chunks off its neighbouring provinces (or counties as the English call them, a word with Norman French origins). Middlesex, west of the city and north of the Thames, was completely devoured, while most of the remainder of this map was taken off Kent in the southeast, Surrey in the south, Buckinghamshire and Hertfordshire in the northwest, and Essex in the northeast. And it is those lands, now absorbed into the London amoeba but retaining stories, cultures, landscapes and accents that clearly belong to different worlds, that you will come into contact with if you attempt the so-called London Outer Orbital Path long-distance walking trail. better known by its acronym, the LOOP.

Most of this route's 24 sections still cover farms, fields, woodlands, riverbanks, parks, or little villages that hold onto distinct identities. They are largely devoid of bandits now (the traditional kind at any rate – it does pass through the constituencies of several unsavoury Conservative Party MPs, among them Uxbridge and South Ruislip, seat of a certain Boris Johnson). It is very green, and people tend to greet you when they pass - itself a sign that London is far, far away.

Many of these locals might well be descendants of people who resisted the encroachment of London and fought to preserve their homes from its all-crushing notions of development. In the mid-twentieth century they managed to get that preservation formalised as the Metropolitan Green Belt: a ring around the capital where new construction has been heavily restricted, much to the consternation of the evangelical free-marketeers and property speculators who have taken over the English housing sector.

In the 1990s, an expanded London’s municipal officials started getting together with walkers’ organisations like the Ramblers to consider the creation of walking routes, to encourage people to get out and explore these surroundings on foot. The London LOOP was the most ambitious route to be proposed. Over the following years they worked improve its trails to be as safe, accessible and well-signposted as possible. The resulting quality varies, as many separate local authorities are responsible for maintaining it, but the overall outcome is a high-standard continuous route fully endorsed by the Mayor and Transport for London (TfL).

Still stranded in this city, I set out to roam these outskirts in January this year. I began its first section from the town of Erith, far to the east on the south bank of the Thames, and taking it section by section as time and weather made feasible, managed to complete the route on the opposite bank eight months later. But that's only one way to do it; with a dedicated effort you could probably do the whole thing in one or two weeks.

Whether to escape the city for more natural surroundings, to exercise, or to learn more about the English capital’s context first-hand, this is a walk I recommend.

Route Details:
Length: Approx. 242km (150 miles) total. Officially divided into 24 sections, which range in length from short 5-6km strolls to day walks of 17-18km.
Access: All sections can be reached by public transport, i.e. trains or London Underground (Oyster Card accepted with one exception), or buses for more remote locations. Most have convenient places to leave or return to the route part-way, so you can split up or combine sections and tackle it however works best for you. Because it is England, always check live transport service status before travelling.

All sections contain excellent picnic opportunities and most pass pubs, cafés and/or kiosks.

The best starting point is the official TfL London LOOP website, which contains maps, route guidance and further information for each of the 24 sections (here’s Section 1 for example). But if you would like to learn more about what you are walking through, or have more detailed directions that will help when the signposting is not so good, I strongly recommend walking with a guidebook as well; I found Colin Saunders’s The London Loop (Aurum Press) helpful.

(For those who would prefer a shorter walking project closer to the city, there is also the Capital Ring, which shares the same origins but is a more manageable 126km/78 miles. Alternatively, if you prefer a more ambitious and transgressive approach to walking, have a look at what the psychogeographer Iain Sinclair did in London Orbital.)

A flavour of this journey’s stories and creatures follows.


Historical Reasons to walk the LOOP
Naturally, a route of this length in the orbit of the English capital brings you in contact with a kaleidoscope of histories, each of which adds to a potential understanding of one of the most chaotic and incomprehensible cities in the world. It begins at the river Thames, the most important constant in London’s story and origin of its existence. The Thames's tributaries bind many of the stories around it.

The route sets off up one such tributary, the Cray, close to the present boundary with Kent. Its course charts the decline of a once-proud industrial waterway packed with mills and workshops.

Much of the route, indeed, is haunted by once-monumental forces that have long since taken their leave. Take as an example Nonsuch Palace, which those who have examined the Tudor dynasty might have heard of in passing. In the 1530s King Henry VIII demolished the entire village of Cuddington to build it on a site this route goes straight through, but died before it was completed. It was named Nonsuch because it was meant to be so superb that there was none other like it, but within barely 150 years it had been torn down to pay off gambling debts.

There is another installation in London which sits atop communities it swept away and right now plots to devour more, and which just as in the case of Henry VIII does so for the vanity of those at the top of English society. But this is a palace that still stands, in effect an independent principality which contains its own world and runs it by its own rules. The extinct village of Heathrow has left only its name to Heathrow Airport, a state-within-a-state which even now seeks to overrun the village of Harmondsworth to build its third runway. Most know it only from the inside, but the LOOP takes you around it and affords a rare appreciation of its true footprint on London’s political geography.

Elsewhere the locals keep their ancient history very much alive. After arcing through the deep south the LOOP crosses the river at Kingston upon Thames. Its name, “king’s town”, refers to the chiefs of the Anglo-Saxon kingdoms who contested and eventually unified most of this island from the fifth to eleventh centuries. By then Kingston had become their first royal borough and the site where some of the most important early English kings were crowned.

Then there are the ruins of Royal Air Force (RAF) aerodromes, of which the LOOP crosses two.

The northern stretch of the LOOP features an extended trek through the greenery that remains of the ancient Forest of Middlesex, to eventually emerge upon the Lea river, one of the most historic and significant of the Thames’s tributaries.

Rivers like the Cray, Colne, Lea and Ingrebourne anchor many of these regions’ stories. Most have powered mills for industry or agriculture, while larger tributaries like the Lea are partially canalised. One waterway however is entirely artificial. Two sections of the LOOP in the northwest follow the Grand Union Canal, part of a nationwide network that served as the bloodstream of the industrial revolution and in so doing made a monumental impact on English history.

And occasionally one comes across surprising pieces of history – sometimes bitter, sometimes inspiring, but most often of that quirky and idiosyncratic character that is sometimes considered distinctly English.

The Loop finishes much as it starts, along the bleak marshlands of the Thames downstream of the capital – London’s backstage, you could call it, where residual industries and recycling centres clang away along both banks, beyond the gaze of most of their city’s residents.

Fuzzy and Feathery Reasons to Walk the LOOP
If you are not so into stories but just want an immersion in therapeutic encounters with nature, you can find plenty of that here too. Much of this green belt consists of protected rivers, woodlands, farmlands or wetlands, each with their own varieties of flora and fauna.

Some of it will be happy to meet you. This is especially true of the domesticated party – the English like their dogs, and on almost every section you are likely to encounter them out for walks. Some will inevitably come up to you to say hello.

Cats are less prominent at the forefront of English cultural narratives; more often you find them prowling along the margins.


Walkers with a preference for the winged and feathered varieties of wildlife will find plenty to excite them too.

As a large proportion of the Green Belt is farmland, encounters with the types of creatures that live on it are also to be expected.

This happened to be a good year for butterflies, in particular the Painted Lady (orange with black and white markings) which was experiencing a once-a-decade mass emergence.

And for those who prefer their life forms floral, woody or not inclined to bite, there is a wealth of impressive encounters available in both wild and planted arrangements. 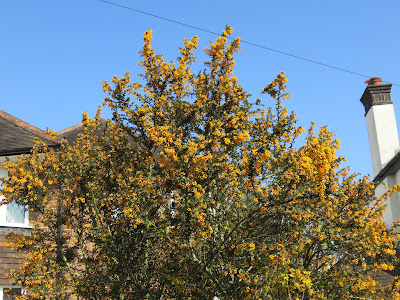 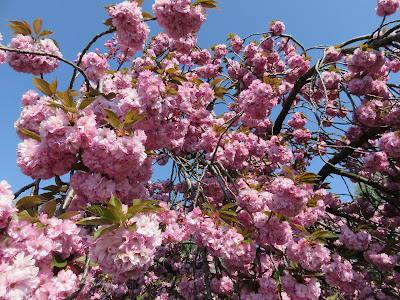 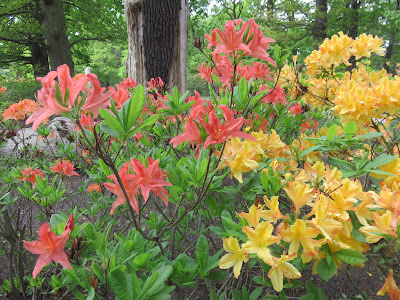 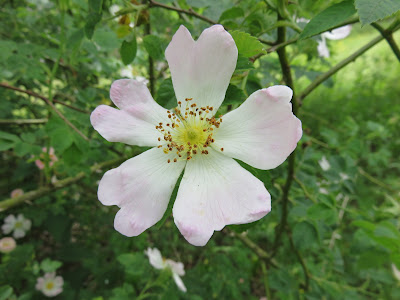 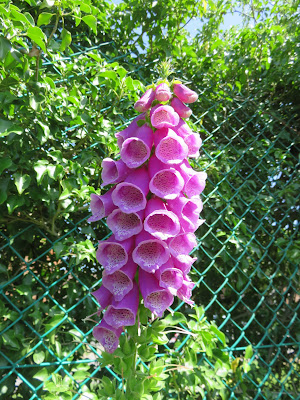 What if capitalism and violent austerity have oppressed you out of the time, energy and money to walk the full route?
If you are only able to do one or two sections, I would suggest the following as the LOOP’s outstanding highlights.

Section 4: West Wickham Common to Hamsey Green – Some wonderful woods and a splendid view from atop the Addington Hills.
Section 5: Hamsey Green to Coulsdon South – Some of the finest open landscapes you are likely to find inside the M25, culminating with the panoramic Happy Valley and chalk ridge of the Farthing Downs over Coulsdon.
Section 13: Harefield West to Moor Park – A quintessential woods-and-farmlands ramble that is tangibly more of Hertfordshire than of London.
Section 23: Upminster Bridge to Rainham – The wetlands of the Ingrebourne valley are glorious at their best.

Though it be hard to escape the crush of the English capital’s high-pressure worlds and stories, so many more, unfamiliar and often bizarre, swirl just outside its event horizon and offer unusual perspectives on the troubles of both the city within and the country without.