No Morality In Prejudice - or Beneath the Schoolgrounds, It Lies Dreaming

Homophobic violence is in the news lately. Ban Ki-moon has condemned it - not exactly a UN Secretary-General's most frequent topic of conversation. Uganda proceeds to cast its sanity into the abyss with its death-penalty-for-gays law which also 'criminalises public discussion of homosexuality and would penalise an individual who knowingly rents property to a homosexual'. And bitter disputes break out as countries like Britain threaten to cut off development aid to homophobic regimes.
This last – aid and homophobia – is a horrendous ethical dilemma, which seems to encourage suffering no matter what. But that is a discussion for another time. Here I want to focus on Britain itself.
Surely prejudice in liberal, democratic, tolerant Britain should not be compared with prejudice in the states Britain once upon a time exported homophobia to? After all, it has moved on since those days, has it not? Hasn't it done away with its discriminatory laws, its classification of homosexuality as a disease, and even its preparedness to drive people who won World War II for it to suicide simply for being gay (and wait sixty years before saying sorry)?
In fact, no. It has merely pushed its prejudices behind a curtain. Still they lurk. And so long as that is the case, Britain is not nearly as safe as it thinks from the homophobic horrors of its past.
The latest row over how to approach homosexuality in sex education in religious schools highlights one of homophobia's most enduring set of strongholds in Britain: bastions which lie too low to trouble the average citizen's radar. The school playground: where an atmosphere of unrelenting bigotry is permitted to thrive, by which children, especially boys, may be bullied or ostracized at the slightest hint of appearing gay, and must assimilate into a homophobic mainstream to avoid this – even if neither they nor those who torment them have even had the chance to learn what 'gay' actually means.
This is no trivial matter. How many children are we prepared to sleepwalk into bearing those prejudices into adulthood? To bear forth hatred and bigotry they did not ask for, and never give them reason to question those attitudes in a society that cringes to offer them frank sexuality discussion?
A lack of proper sex education is at the core of the problem. Sex education is first and foremost about self-mastery: about enabling a person to develop awareness, and thus responsibility and capacity, for the full sovereignty over his or her own body that is every individual is entitled to. Unfortunately, society somehow became corrupted: came to hold this entitlement in contempt, rejected that people should be masters of themselves, and laid claim to their bodies for itself. Subjecting people; controlling people; forcing them on pain of death to fit with all manner of repressive norms and categories; and because sexuality and love are inherently the very stuff of freedom, impossible to coerce or command, these forces struck fear in the twisted hearts of society's corruptors.
These last few weeks, figures such as Baroness Warsi and former Archbishop of Canterbury George Carey have been agitating against 'militant secularization' and the decline of religion in the UK. They should pause and consider the injustices to which angry secularism is reacting in the first place: why it is a logical consequence of serious flaws in religious morality.
For all the contributions or mistakes alike of Abrahamic religions, sexuality represents the critical failure of their attempts to define an ethical plan for humanity. They – whether their god, their spiritual leaders or their followers – take one look at human sexuality, and (with courageous exceptions) for the most part have no idea what to make of it, morally speaking. For reasons and madnesses unclear, this confusion translated into cultural currents of unspeakable hatred and fear; and while plenty of upstanding Christians and Muslims have chosen kindness and tolerance instead, the effect has been to embed homophobic persecution into a thousand societies and cultures – and to let it be held as righteous.
As the Church has such a central traditional role in directing British education, it must accept its share of responsibility for obstructing the right of children to their sexual self-mastery. The tradition of discouragement and punishment of any honest discourse for children on the matter has terrible consequnces. As their own sexual development catches up to them and finds them unequipped to make sense of it, they are left wide open for society's whispering bigotries to take root instead.
And that is why the homophobia on British playgrounds is as dangerous as the homophobia in the Ugandan parliament. For it is not enough to banish prejudice from law; to prohibit it from the workplace; to memorialize those who have fallen to its cruelty. Society must rise up as a whole to establish it as evil, in any form, in any place, at every level, and cast it from its lands forever. That is, it must be not only a social, economic and legal resolution; nor even a merely political one; but a spiritual one. Every brain, every soul, must know and believe in its depths that there is no morality in prejudice.


That it persists in Britian, among schoolchildren no less, is a ticking time bomb. Laws, politics and social structures are malleable, coming and going as fast as Japanese prime ministers; but what we call ethics can resist change for centuries unless we choose to confront them – which in Britain we have not. If Britain is truly past homophobic prejudice, schools should feel no hesitation in teaching children of its perniciousness, while churches should be eagerly opening their records and discussing with their congregations why every bit of their part in the country's historical persecutions were wrong; and the very politicians who make no-more-aid threats to homophobic regimes should have nothing to do with the most diabolical and sadistic homophobic forces in the world, such as in the Vatican or Saudi Arabia. Instead, teachers dither or let the whispers of bigotry walk past into schoolbooks and playgrounds; the wrong kind of Christians are permitted to disguise discrimination as 'moral'; and the ethical bankruptcy of British foreign policy is as spectacular today as at any point in its past.


A ticking time bomb. Homophobia in Britain lurks beneath the fabric. It sleeps; it hungers; and at every sign of social fracturing, it stirs. Economic hardship; artificial strife between religions or ethnic groups; a government which feeds on the tears of society's most vulnerable; or just the basic disintegration of a public ethic of care: these are things all societies have known as the catalysts of bloodshed unimaginable. Without proper banishment, above all through proper education, how can anyone feel safe that homophobia in Britian does not merely lie dreaming, probing with its nightmare tendrils, waiting only for the opportunity to break forth on tides of popular ignorance? And when it wakes, just how much scaffolding will British institutions offer it to clamber to the terminal virulence we see in other lands?


Before the British make aid threats to other countries, or seek to revive their traditional models of morality, they should stop and do some serious reflection on their own living prejudices, and the methods by which they arrive at definitions of right and wrong. Homophobia loosed forth terror and sorrow in Britain for hundreds of years, let out from a vessel from some incomprehensible universe which the British moral authorities should never have opened. Resistance has tranquilized this creature, but it has slept only a few decades – a blip in its epochs of power – and its writhing dreams become the living nightmares of children in playgrounds and classrooms everywhere. Gove, Warsi, Carey and all you others – watch yourselves. To bid this monster awaken is a special kind of folly.
Posted by Chaobang at 03:34 0 comments 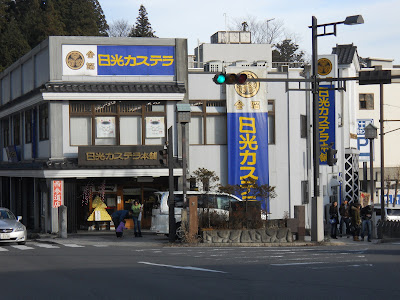 The encircled triple-hollyhock emblem on this shop is the mon (crest) of the Tokugawa clan, who rose to dominate Japan as shoguns from Tokugawa Ieyasu's reunification of the country in 1600, to the overthrow of the shogunate in the 1868 Meiji Restoration. Despite the great ordeals this nation went to in order to be rid of them, there was evidence in Nikkō that their power has made a comeback: not as political authority, but as lucrative commercial brand... 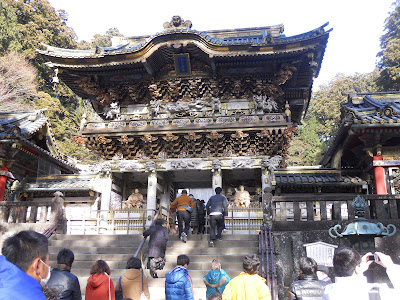 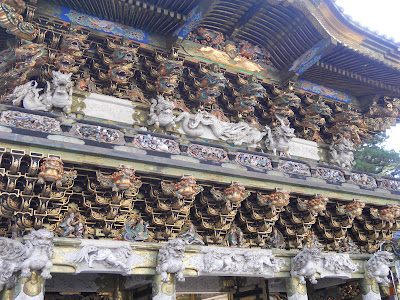 CLICK HERE FOR FULL ARTICLE
Posted by Chaobang at 02:51 0 comments