An Intermission to Beijing - and, with sadness, some reflections on Toyko after five years living in it 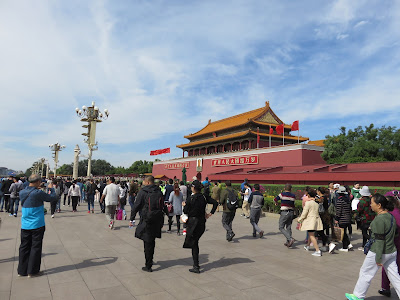 There is an irony to coming up for air in a city synonymous with some of the worst air pollution in the world. 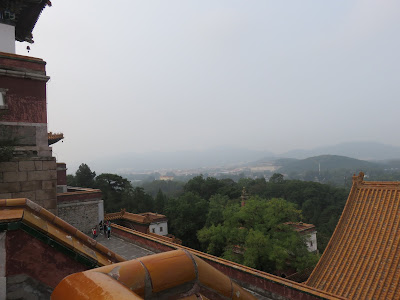 But after five years in Tokyo which have descended into a desolating and futile ordeal, a brief escape to China to visit some old friends provided a valuable dose of perspective.

Tokyo is a bubble: an artificial self-contained world which soaks at your soul, slowly dissolving away any distinguishing features until – if you are not destroyed resisting – you have been absorbed into that city’s socio-economic illusion, by when everything outside that membrane appears universes away. And now, as I contemplate with growing finality whether to bring my time in Japan to an end, just a few days looking in from outside proved invaluable. 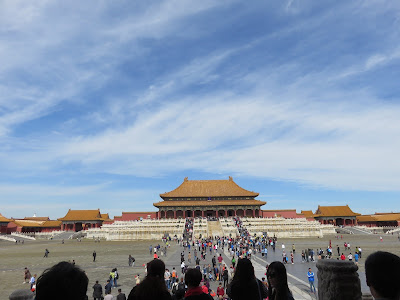 I was a Chinese Communist once. During my school days in London, in an environment of arrogantly triumphalist right-wing capitalist menace, it was all I could do to draw upon my interest in East Asian history and half-Chinese ethnic heritage to build up a defiant identity-fortress of revolutionary ideology and red books and banners to counter them.

Nowadays I no longer do -isms, but this was a crucial period in developing values of my own, as opposed to submitting to allow any society to feed me its own. However I was never a friend to the Chinese Communist Party (CCP), which has yet to face up to the many atrocities it has caused and errors it has made, most or all of them needless, and most tragic perhaps in their squandering of the real opportunity and hope that movement represented in creating something better for the world, all the more so today. 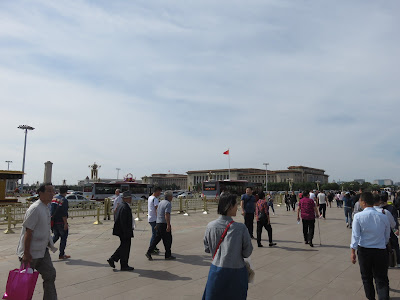 And yet for better or for worse, China has always been in some way a part of me. Perhaps family connections were also involved, whether in the China of great upheavals from my parents’ own stories, or in those heroes of the 1980s democracy movement I came to know and in some cases meet through my father’s diplomatic work. Although I would never call myself Chinese any more than any other nationality, this is a country which has always held a certain connection to my soul.

Which is strange, considering I had only been there once, in the mid-1990s, long before my own communist period. I was too young then to remember much of that trip now; it lasted only a few days, its outstanding memory my father’s finger-waving altercation with the clerk at the Forbidden City who attempted to charge him a higher price to enter for being foreign.

That at least they no longer seem to do. Much has changed in this country in the last couple of decades, or so it is said. 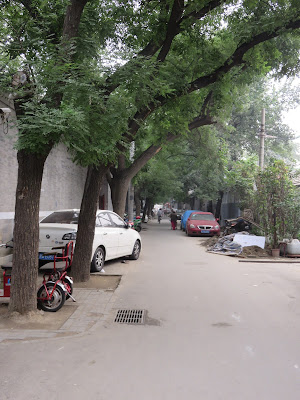 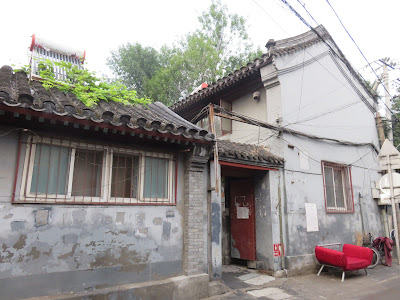 Perhaps on that visit I also entered the hutong (胡同) streets and alleyways to visit my parents’ own old friends, made in the turbulent days of transition from the madness of post-Cultural Revolution xenophobia (I have heard that it was too dangerous for my parents, one Chinese and one British, to walk down the same street together) to the opening and reforms of Deng Xiaoping.

This time at least I was better aware of these alleys’ significance. The hutongs are the traditional heart and soul of Beijing – hence why, in the name of that strange religion we call development, we have seen fit to wipe them from the map to make way for soulless high-rise apartments and skyscrapers.

Nonetheless no small number of hutongs remains, and at first sight, especially if one is used to the relatively immaculate streets of a city like Tokyo, they can project a shabbiness that disconcerts. Walls and vehicles lie in rusting decay; rubbish overflows from bins uncollected, and all around drift the sights and scents of questionable foodstuffs being prepared under still more questionable sanitation. But from beneath those first impressions rise reassuring currents of genuine humanity: the dwellers here know each other, greet each other with warmth or properly shout at each other when angry. There is a real community here, living amidst walls whose purpose seems less to keep people out than to whisper stories of hundreds of years of continuity: any alley may have its own tale to tell of ways of life unchanged down the centuries, illustrious sons and daughters, thriving markets and businesses, abiding temples, or dissidents hiding from palace or party authorities.

Beijing and Tokyo are both cities that have utterly transformed over the last seventy years, and been heavily critiqued for what they have sacrificed to do so. But in the hutongs of Beijing that remain, the livelihoods and community bonds of the laobaixing (老百姓, “old hundred surnames”) – the ordinary people of the city – are in plain view, in a way which to my knowledge has no real equivalent in Tokyo.
CLICK HERE FOR FULL ARTICLE
Posted by Chaobang at 09:18 2 comments