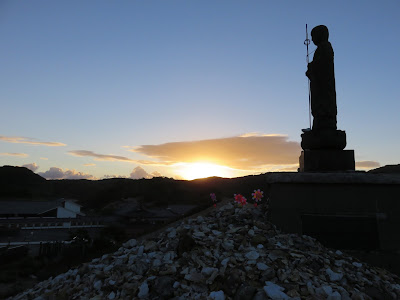 Eight mountains surround a lake at the centre of the Shimokita axe-blade. The wind ripples its surface, creating gentle waves which caress its sandy shore. It is a serene and separate space, suspended from the mortal realm. The top of the world. A paradise. A place of peace.

And a place of dread. There are no other sounds, because the lake has a pH of about 3.5, too acidic to support much animal life. Beyond the shore unfolds a charred and rugged hellscape of blasted rock piles, steaming fumaroles and brooks of bubbling yellow water. The earth looks either soon to crumble or freshly made anew, and the scent of sulphur hangs everywhere. Listen close and stranger sounds emerge: from below there wells the gurgle of the underworld, so close to the surface, and the caws of crows pierce the wind. A thousand pinwheels spin, their whirls converging into a singular neverending rattle. It is eerie – like you stand between the realms of the living and the dead but cannot tell which way is which. 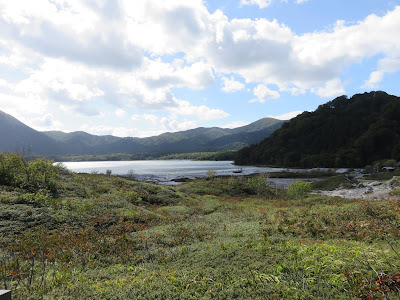 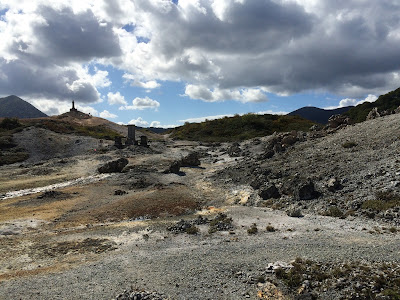 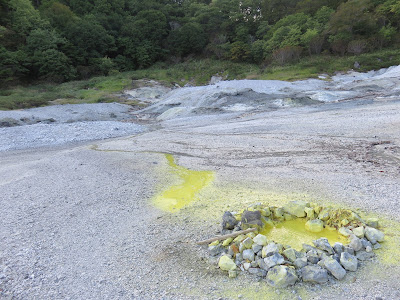 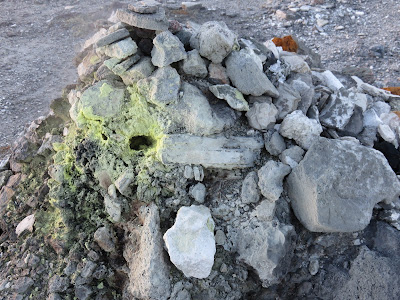 This is Osorezan (恐山), an ancient volcanic caldera. Its landscape and soundscape is like no other, and the feelings it evokes defy description.

Osore (恐れ) in Japanese translates broadly as 'fear', 'dread', 'horror', 'concern', or 'unease'. This gives the place's name various renderings in English, complicated by it being actually more than one mountain. My choice of 'Mount Fear' here reflects my first encounter with it – many ages ago, before I even knew it existed, in the days of the now rather venerable Nintendo 64 games console.

In the video game Mystical Ninja Starring Goemon, the heroic party must ascend this Mount Fear late in the story. It is presented as a desolate if tranquil mountain wasteland, buried in snow and haunted by papery ghosts. At the top lives a witch who can summon the spirits of the dead. The party seeks her in order to consult with the spirit of a certain Wise Old Man, whom they believe to have died when his house was blown up by the bad guys, and who, being the Wise Old Man, is the only one who can tell them what to do next. 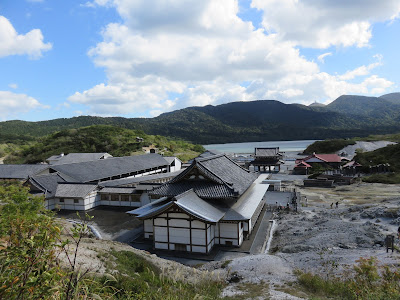 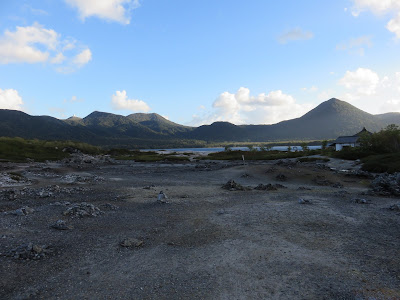 The witch was an itako – a traditional shaman, usually blind and female, now closely associated with Osorezan and one of the main things for which the place is known. During festivals in July and October people come and pay for the itako to summon the spirits of their deceased relatives or ancestors for conversation. It is a declining practice: today only a few very elderly itako remain, and their work has been called a sham and met with official disapproval. We may note in this connection that in Mystical Ninja, the party later run into the wise old man whose “spirit” they had got the itako to summon; he had not been at home when his house was destroyed and was still in fact quite alive.

As I was there outside the festival season I did not come across any itako, and so have no more to say on that subject. I sought this place for reasons of my own. Amidst this hub of the heavens and hells stands Bodai-ji temple (菩提寺), one of the three most sacred sites in Japan and a place of respite, reflection and spiritual training for over one thousand years. It is one of the principal seats of the Bodhisattva Jizō (地蔵) whose red-garbed likeness is familiar all over Japan, especially where he watches over travellers on the country's mountain trails. 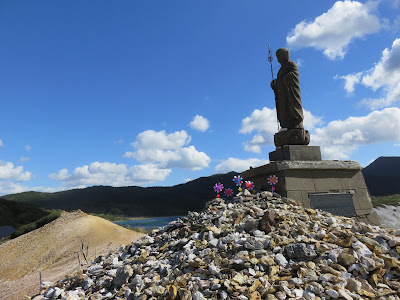 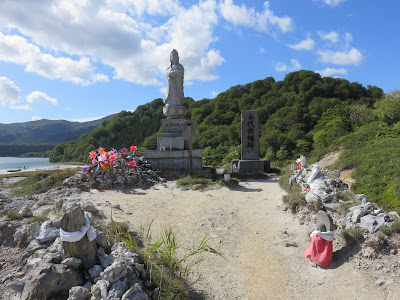 I am not a religious person. Nonetheless, Osorezan beckoned as a place of natural and spiritual power that deeply precedes, and transcends, the frustrating politics and dogmas of human religion. Nor does the realm of the dead perturb me – I have approached its boundary before, and found nothing to fear in what I saw across it. And so I, too, decided to make the journey to the burning mountain, in hope of surfacing from the nightmare bubble-worlds our societies have become and their soul-devouring broken frameworks of thought and practice. It was my intent to pass a night in the temple, cleanse my spirit in ancient sulphur, and perhaps, just perhaps, like Goemon's party, to find a way to go.

CLICK HERE FOR FULL ARTICLE
Posted by Chaobang at 04:24 2 comments