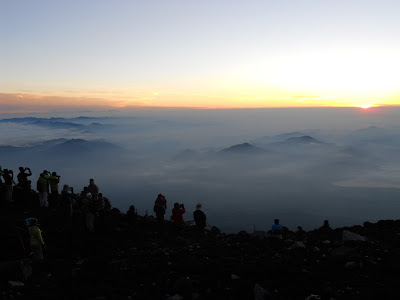 As of June 2013, that cultural significance has been internationally recognized in the form of UNESCO World Heritage status, noting Mt. Fuji's defining role in Japanese art, religion, tourism and popular imagination. And if you live around Tokyo, commute on its trains or expressways or hike in its mountains, then chances are that every now and then, when the horizon is clear of clouds or smog, there Mt. Fuji will be: a timeless landmark, a stalwart constant, standing firm in an ocean of endless upheaval and change. 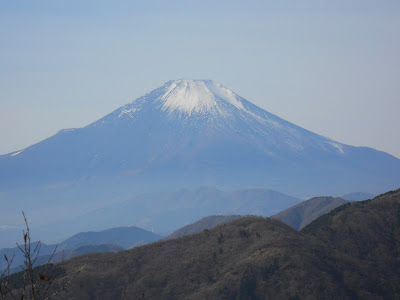 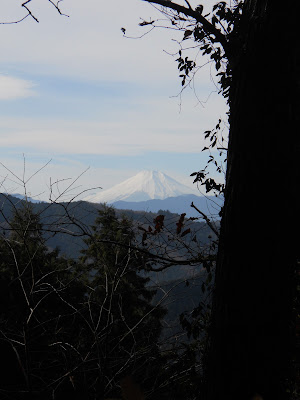 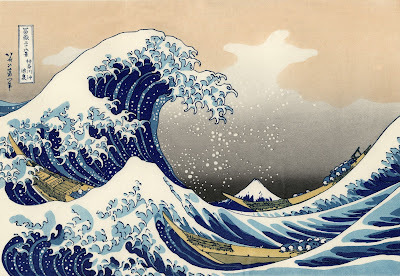 A few friends and I decided to climb it. At night. This post is as much to provide information and useful advice for those hoping to do similar as it is a commentary on our trek, because at 3,776 metres high, climbing Mt. Fuji is a serious undertaking. 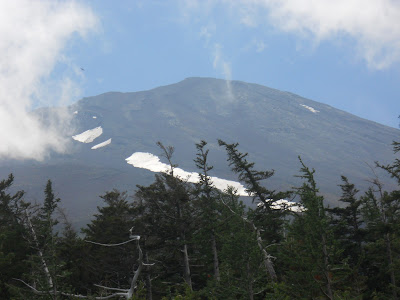 Mt. Fuji climbing season is open for only two months per year – July and August – when the mountain huts and services are running, regular bus routes serve the trailheads, and hundreds of thousands of people from Japan and abroad pour in to attempt the climb. Even then, when Tokyo scorches in thirty-degree summer heat, Fuji's upper reaches and summit may fall below freezing amidst battering winds and shrouds of cloud. In winter these winds become extreme, temperatures plunge to minus thirty, and severe snow and ice bring a perpetual risk of avalanches, making an ascent not far from maniacal.

Ascending at night adds darkness and fatigue to this mix, but will reward you with one of the most magnificent experiences, natural and cultural, in the entire sum of what Japan has to offer: the rise of the morning sun, as witnessed high above the clouds and peaks of the mortal world. 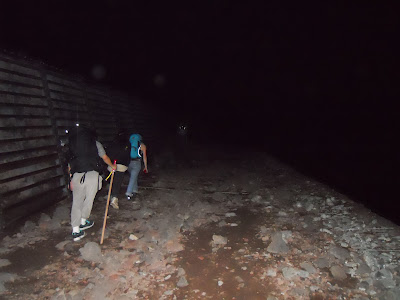 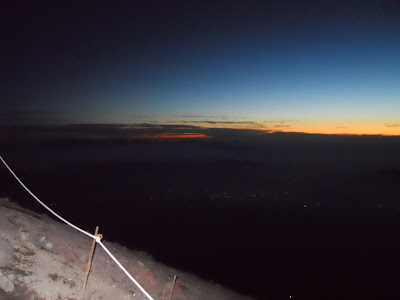 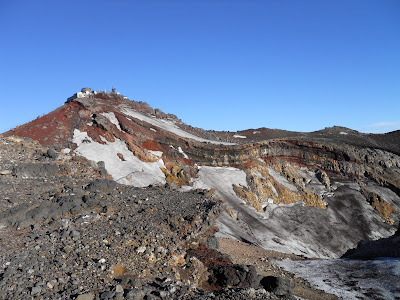 Make no mistake: you'll bring your mortality with you and be reminded of it as it clatters against you on every step of the way – especially as you straggle back down the next day on thirty hours without sleep. Click below to see the full account.

CLICK HERE FOR FULL ARTICLE
Posted by Chaobang at 11:51 3 comments 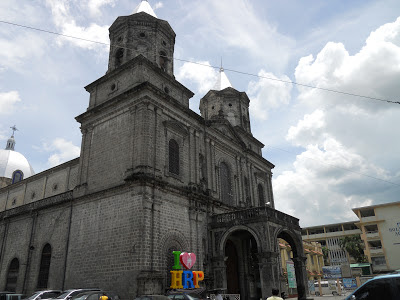 After a great subterranean adventure and a hike back over the mountain from dawn, it was time to depart Ifugao for now and return to the lowlands. A day-long bus ride saw us back to Manila, but not before stopping by one final port of call: Pampanga. 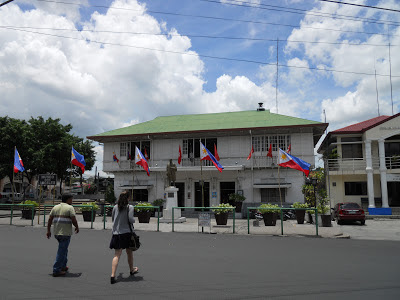 Just to the north of Manila, Pampanga is a core province of the Philippines: urbanized, populated, fertile, flat, and rich in materials and culture, the first province to be designated by the Spanish colonizers in 1571, and well-reputed as the capital of Philippine cuisine.

My connection to this region was a distant one. Many years ago, when I lived in Hong Kong, my family hired a Filipina domestic helper. She lived with us for many years, going so far as to move back to the UK with us, and became an integral member of our household. After all those years of urging on her part that I visit the Philippines, I was delighted to at last fulfil that advice: and so do I write today with considerable thanks to her daughter Irish, Irish's husband RR, and their three adorable children, for the kindness of hosting us and showing us around on our last few days in that country. So too do I extend my greetings to everyone living nearby, all of whom descended on their house within minutes of our arrival to give us the warmest welcome possible to their neighbourhood. 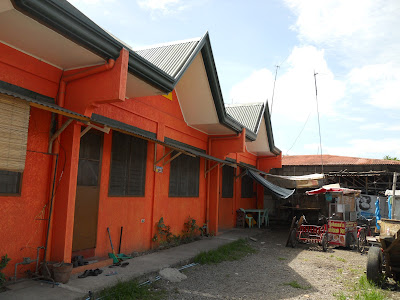 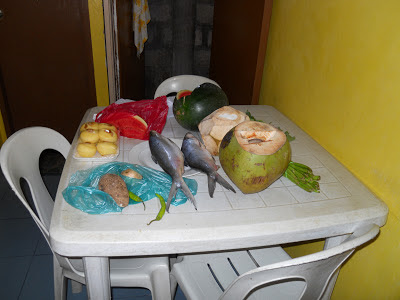 CLICK HERE FOR FULL ARTICLE
Posted by Chaobang at 11:29 4 comments 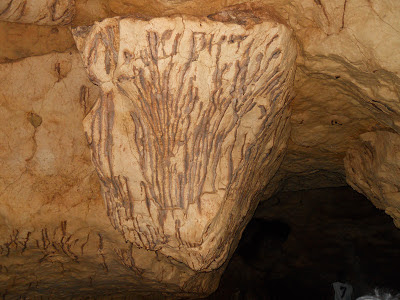 Ifugao harbours many ancient secrets. Another legend, whose details escape me, tells of a group of Ifugaos who were travelling through the mountains and forests of Pangagawan, in the south of Kiangan, perhaps hunting or gathering plants. Apparently, they happened upon a deep cave, and upon exploration, discovered a passage to the Skyworld within.

That cave is now becoming established as a special tourism asset, and if you're the adventurous sort, then this is not something you will want to miss. You too can delve to a whole other world a hundred metres beneath the surface: a realm made of darkness and limestone, shaped and contorted over thousands of years into vast and surreal formations; and so too of subterranean rivers and waterfalls, which weave through the darkness and churn from depths of stone. 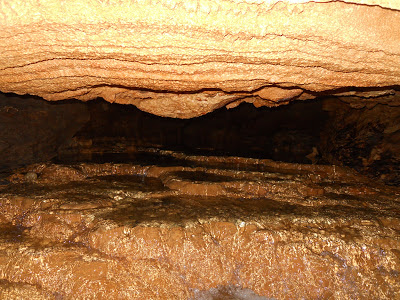 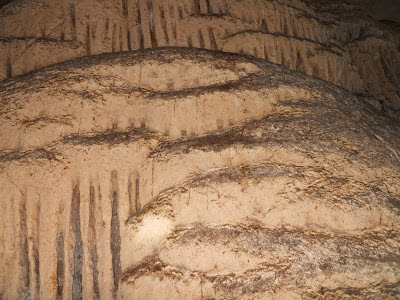 Appropriately, an expedition to those depths is serious business, and the journey to get there alone will test your worthiness to enter. You would certainly be wise to stay the night at the lodge in the forest over there, due to the distances, energy requirements and rain patterns involved; and the cave passages twist and project in all imaginable shapes, which will certainly bend, bruise and cut you as you contort yourself to negotiate them. Fortunately, the local guides will provide you all the oversight, equipment and support you need to explore them safely; and you will emerge, at last, with experiences you will not forget any time soon. 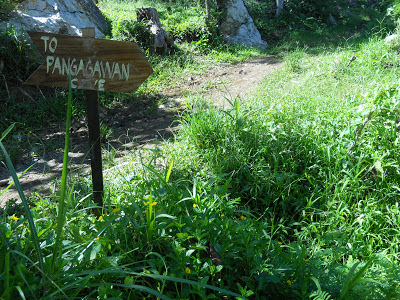 CLICK HERE FOR FULL ARTICLE
Posted by Chaobang at 07:54 1 comments