Secrets of the South Downs 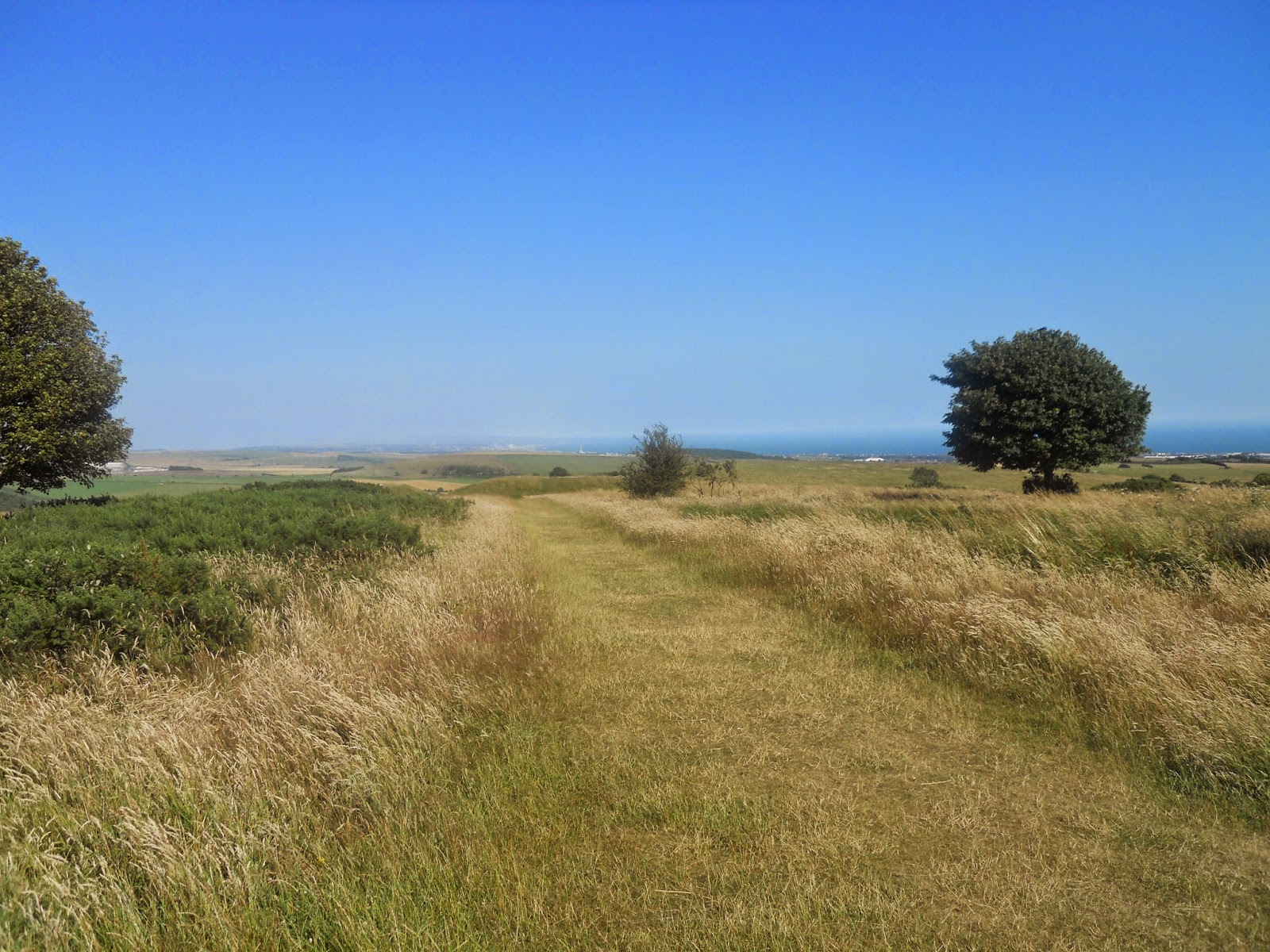 Two hours away from England's pustulant pit of tentacles festering with greed and injustice – generally referred to as London – a range of chalk hills runs overlooking the sea. These are the South Downs; a mysterious place. They remain undevoured by the ravenous urban monetisation of the English southeast, as though warded by some ancient invisible force in the earth.

Sheep graze on open grassland, green beneath a wide blue sky. Birds sing, the rabbits bounce through the bushes, the crickets chirp in perpetual conversation about religion and politics, and the air is fresh and at peace. Even the rumbling tractors somehow blend in, while the occasional military aircraft is reduced to the gravitas of a paper aeroplane. It is a land of secrets, of whispers older than us or any of our ancestors, which emanate from the remnants of hill forts, burial mounds, civilizations long gone by.

There is something almost sacred about it. Sacred, not in the sense of the arbitrary dogmas over which the English have spent the recent hundreds of years killing each other, but a far older, truer, profounder sanctity, preceding all the arrogances humanity has since contrived; an authentic solemnity from the breathing wind and steadfast earth themselves, and one you feel in your very bones. 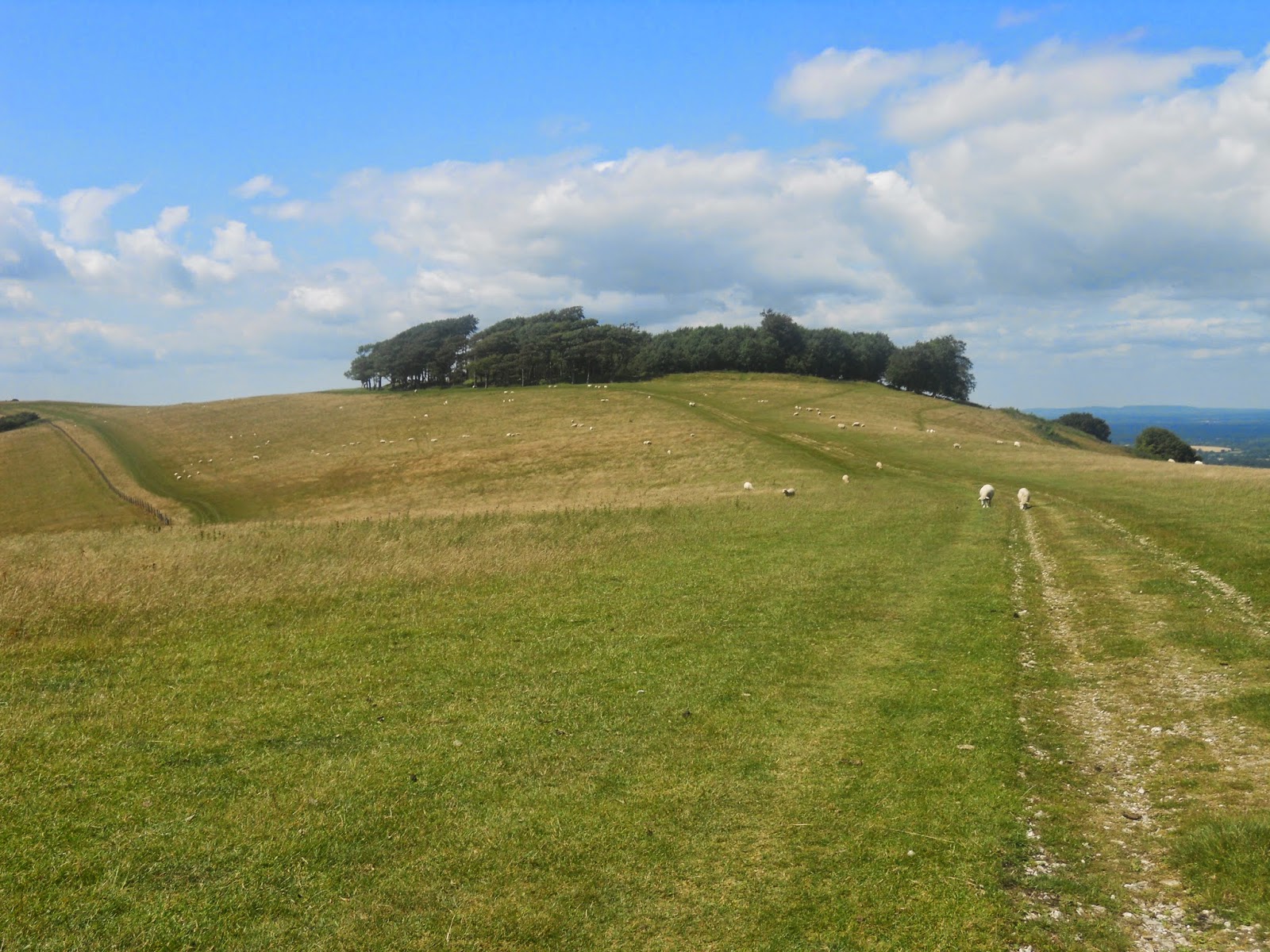 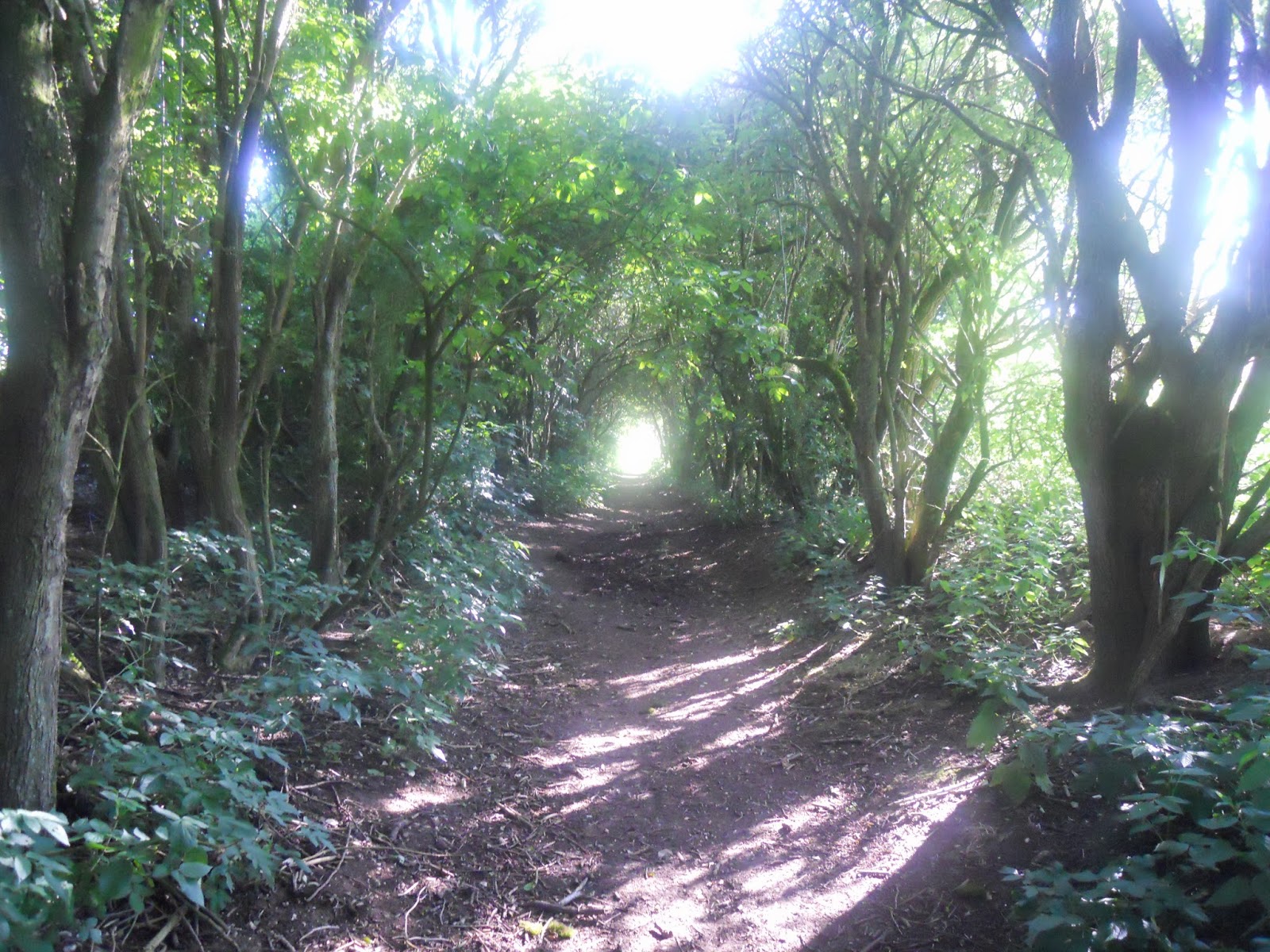 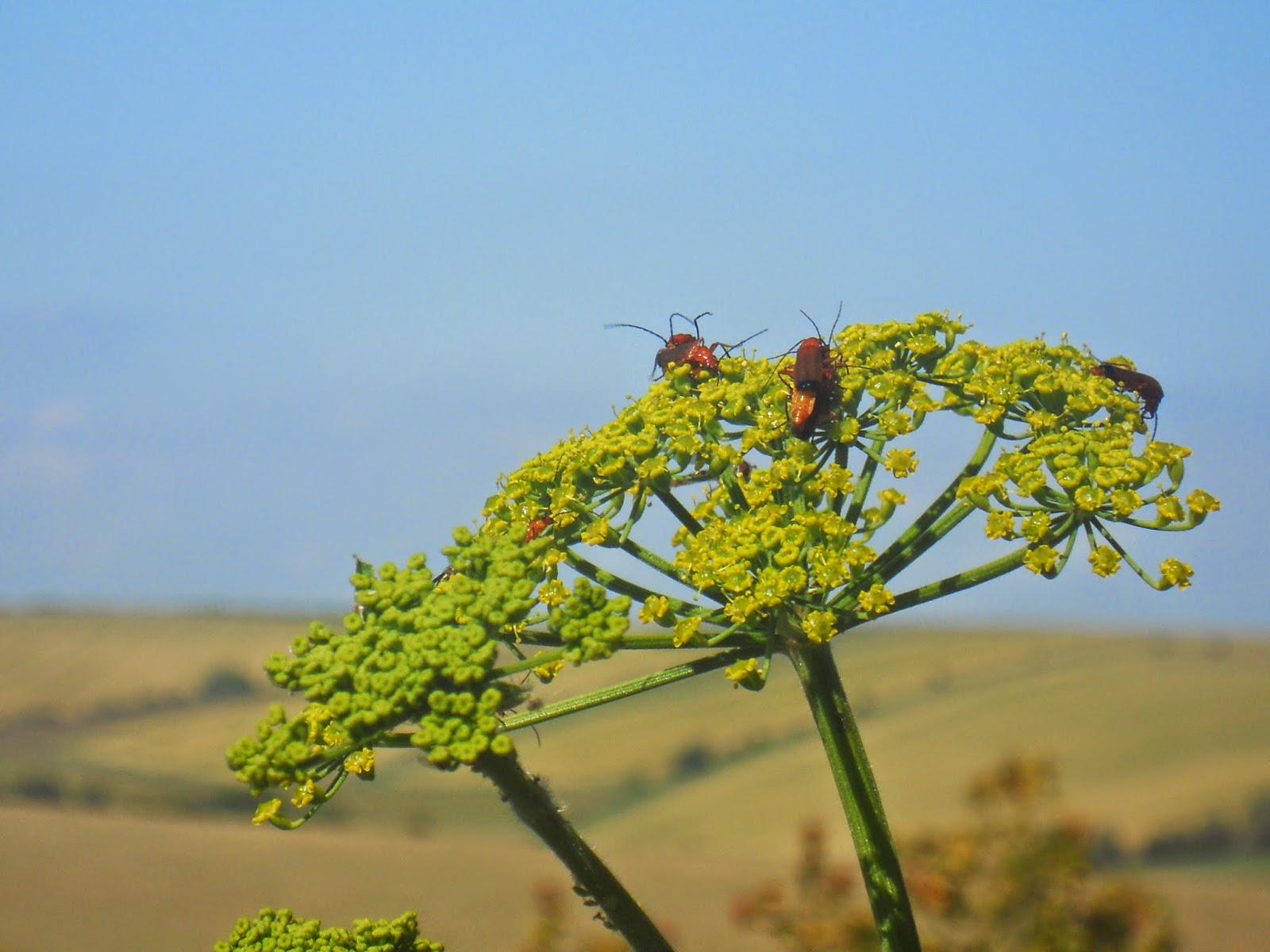 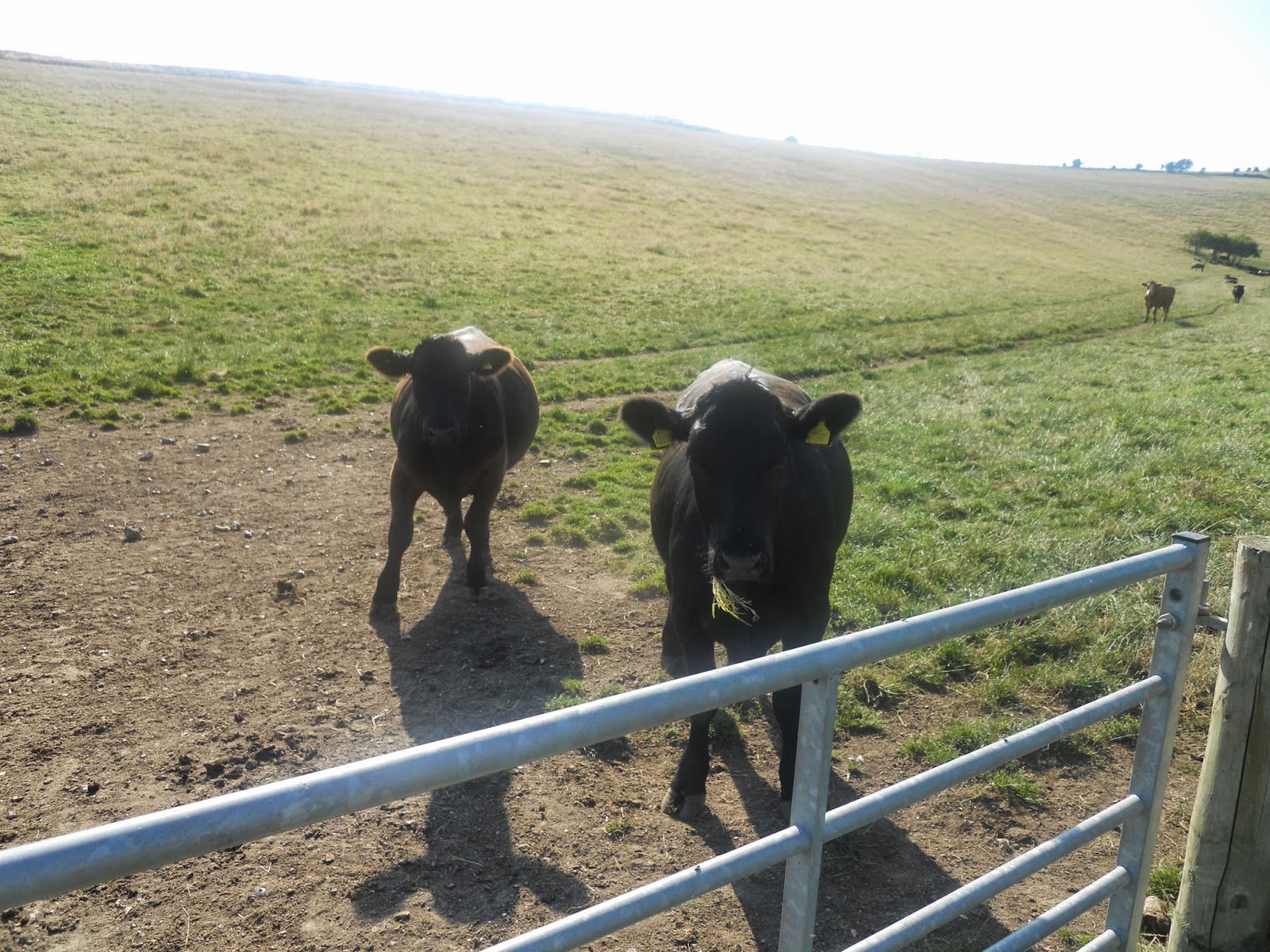 Indeed, where centuries of bloodthirst, prejudice and exploitation ecological and economic have destroyed any resemblance of Britain to the 'green and pleasant land' for which its people long, the South Downs are one location where perhaps a snapshot still lingers, a hint at the potential this country once held but never realised: the potential to be a good place. A kind place. A place of respect between human and human, between human and earth; a place which leaves no-one behind, least of all the vulnerable or the different. Perhaps, after decades of struggle and self-reflection, it may find that potential at last.

In the midst of these hills there is an old, small village - Steyning - which has come to hold a certain personal significance to me during my long and troubled years in Britain. Suffice it to say that this became a place I came to many times over the years, and always to walk the same route up and along the Downs with my father. 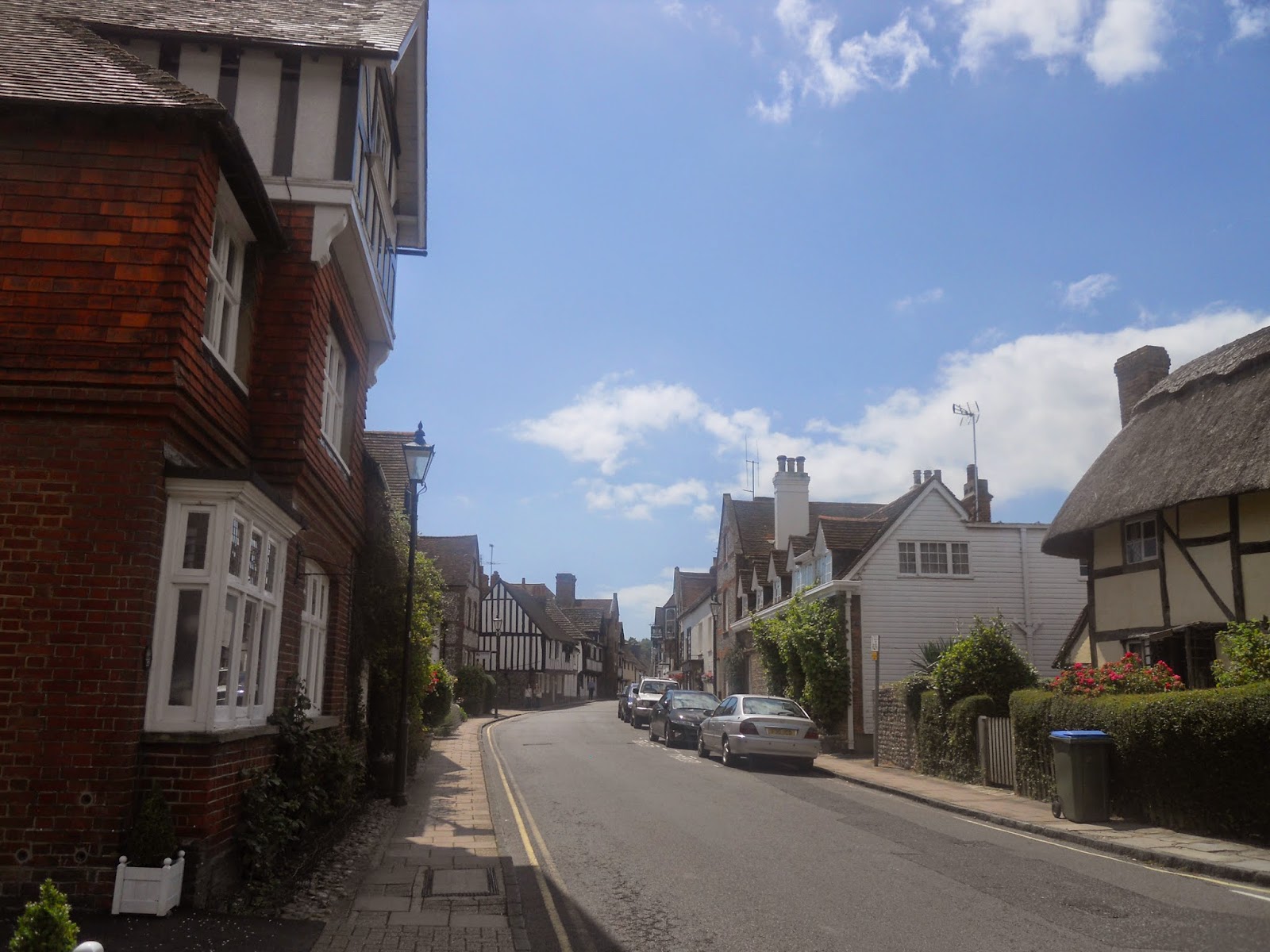 While I have been briefly enduring London again on a visa-sorting intermission from Japan (to where I return very shortly), a walk on the Downs for the first time in numerous years transpired. It is the first time I have done it since I started this blog, so for the first time, I will share some images and reflections from it here.
CLICK HERE FOR FULL ARTICLE
Posted by Chaobang at 12:43 2 comments

The Blazing Gentleman of Shinjuku - or What Next for Japanese Pacifism?

'Aspiring sincerely to an international peace based on justice and order, the Japanese people forever renounce war as a sovereign right of the nation and the threat or use of force as means of settling international disputes.
To accomplish the aim of the preceding paragraph, land, sea, and air forces, as well as other war potential, will never be maintained. The right of belligerency of the state will not be recognized”
-Article 9 of the Constitution of Japan (1947) 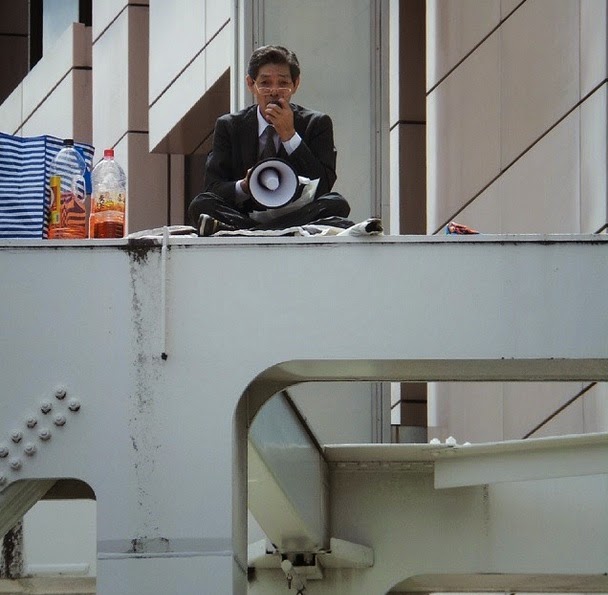 On the afternoon of Sunday the 29th of June, a certain Japanese citizen, whose name remains unknown, mounted the girders above the South Exit of Tokyo's Shinjuku Station. Hundreds of pedestrians watched on as this respectable-looking gentleman sat cross-legged on a mat, produced a megaphone, and protested against revisions under discussion to Japan's constitutional pacifism which had privileged it with seventy years of peace. Then, as firefighters approached, he doused himself in gasoline and burst into flames.

Japanese pacifism, and Article 9 of the Constitution which protects it, is a complex matter. It goes right to the heart of questions of Japan's identity and national journey, questions whose answers are honestly not at all straightforward. Let explore these today. 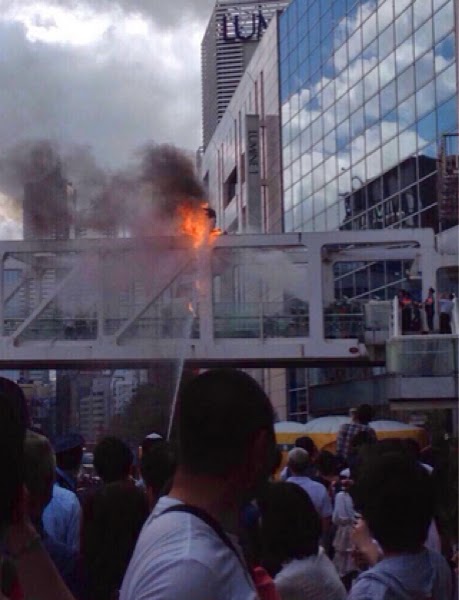 First, however, we should pause to give the blazing gentleman his due, for it takes tremendous courage, whatever one's opinions, to consign oneself to the flames. Appearing in his fifties or sixties, he was likely aware that he was joining a blistering worldwide heritage of self-immolation as political protest: protest tragic, protest divisive, but protest undeniably shocking and potent. Protest that declares that no matter how painful the flames may be, the pain of what is protested against is one thousand times worse.

Thích Quảng Đức did it in Saigon, the horror of that moment preserved and immortalised in Malcom Browne's timeless photograph from that war the Japanese authorities so controversially supported. In closer memory Mohamed Bouazizi did it in Tunisia, and the flames set alight the entire Middle East and North Africa – and still they burn. From Tibet to Tamil Nadu, and goodness knows where else, these flames still rise.


Speak not a word against people who do this, or the flames will burn on and consume us all. We are not innocent bystanders, and we may hold no grievance against them for making us watch them burn. Instead, listen. Their actions accuse us: we have created a world which inflicts worse than this on people. We have created a world so insufferable to some of its members, that the only way left that they know to fight it is to set themselves on fire. But how dare we be shocked by a person on fire, if not by our societies' crimes against humanity?

In the case of the blazing gentleman of Shinjuku, his challenge to us is this: the fire is less painful than what will happen to a Japan which abandons its pacifist identity.

And he may have a point.

Almost two weeks after his protest, the Japanese media has still failed to provide any substantial coverage of his actions, and his name and current condition remain a mystery. As with the Fukushima nuclear disaster, the affair reeks of a cover-up, and in particular state broadcaster NHK is under fire for all the signs of partisan censorship.

That's a poor start. We don't have to agree with his words – after all, they concern the future, so any certainty in any direction is premature. But if we dare to call ourselves human beings, we do have to care, we do have to listen, and we do have to seek to understand. So unlike NHK, let's take a closer look at his concerns. Let's consider the story of Japanese pacifism.

CLICK HERE FOR FULL ARTICLE
Posted by Chaobang at 12:35 0 comments