The Fiend with Seven Faces

Let's have a story today.

Maybe this story is true. Maybe it is not. Likely it is as most stories, and lies somewhere in between.

Consider a time between humanity's origin and today. A moment, or period, when our kind was displaced from its prior trajectory; turned away from the set of potential future storylines it had at the time. The coming of a Corruption: an external agency, which interrupted the natural development of this unsuspecting race – "natural" as in, determined completely within the cosmic system it existed in – and left it proceeding in a very different direction.

Perhaps it was fifty thousand years ago; perhaps just ten thousand; or perhaps a million and a half. Somewhere in those ill-defined reaches of history, long before we set about trying to record it, an abomination came from outside the system. It shambled upon the Earth.

It did not consume us for sustenance, or aggress us in self-defence. Indeed, its nature and will were beyond our understanding, for the thing was not of a logical universe.

Instead, it inhaled our senses of ourselves; our relationships; our very being. It had us look upon those we once loved, and decide they meant nothing at all. It consumed our courage to be free, such that when threatened with force, we fell to our knees. It cast a haze over our horizons, such that we could not imagine the future, could not even know of tomorrow; only of today. It dripped its venom upon our identities, such that these were lost: we became without meaning; faceless. Truly the thing was a horror whose name no words can speak.

And yet, as sizzling blood oozed forth from the wounds in its unspeakable mass, its seven broken heads each found it in themselves to let loose a final, terrible breath. Gales which infused the air and harrowed the soul – and so did humankind inhale them. And to this day, in our world, in ourselves, we sustain the essence of that which is not of our reality.

Still the breath of the seven heads churns in our lungs today.

The first head was called Greed, and its fumes raised in our blood an insatiable hunger: for dominance over others, for control of resources, far in excess of those needed for survival or self-fulfilment. Unchecked, this drive would grow till it filled the our visions entirely – with no space left in sight for the effects on others, or on our world. All was reduced to material Property; and the ruination of others, once unthinkable, became an end in itself.

The second head, Impulse, loosed vapours that crippled judgement. No longer did we know of such a thing as tomorrow; our horizons shrank, contracted, till we could not see past next dusk. Thenceforth we sought only instant gratification, fell for promises designed to be broken, responded to problems with a rush of vengeful bloodlust instead of considered solutions, and robbed the futures of our children, deaf to their lamentations; and blind as much to yesterday as tomorow, struck as much by amnesia as myopia, we did it again, and again, and again.

The third head, Obedience, exhaled no substance at all, but its final shriek was horrifying beyond measure. The sight of its visage in its last moments, alone, branded a curse of terror upon all of us who beheld it, such that from them on, whenever told what to do or threatened with punishment, we were gripped by an irresistible force: and we bowed our heads in submission. The lower we prostrated ourselves, the more our capacity to love, to be free in our hearts, evaporated to air – till all that was left were mindless automatons, who when ordered to commit the vilest deeds or debase one's own life and dignity to the utmost, complied, and not one synapse in us protested.

The fourth head, Normality, was so inconspicuous that none of us knew it was there. We had slain it only by accident, and its final breath went unnoticed. For this, you see, was its power. From that day forth, we lost an underlying comfort with ourselves: felt there was something wrong with a race where people could be what they wanted to be, could not value the collective strength and happiness of our diversity. It was as though fences, boxes, lines of division not to be crossed, were etched upon our senses: and every characteristic – be it age, sex, size, colour, voice, thoughts, anything – became linked to expectations totally random, but demanded of people as though it were the singular way of the universe.
(No pictures. Its power is precisely that, by being everywhere, it is invisible.)

The fifth head, Prejudice, would have been the weakest on its own, so predictable were its movements, so blatant its lies. But under the cover of Normality's web of influence, Prejudice's breath lay waste. For in line with Normality's meaningless standards, Prejudice seeded in us a remorseless will to violence, a drive to visit unimaginable cruelites upon those who crossed Normality's lines: and to feel satisfied as we drank in their screams. No matter how far we travelled from where the monster fell, Prejudice decimated us ten thousand times.


The breath of the sixth head, Ignorance, was especially corrosive. It ate away at our vital curiosity, that which drove us to learn of the world around us and master our place in it. Instead, the maps of the world we held in our hearts, would end where our cultural borders did; and we feared the realms outside as a violent, unknowable, inferior wilderness, which did not operate to sane principles and whose people were less significant than ours. We lost the urge to question what we were told, to critique flawed logic or lurking vested interests – were satisfied to believe what we wanted to hear, and confident that this was the meaning of wisdom.


But the foulest breath of all came from the seventh and last of the monster's heads. So grand was its stature, so dreadful its wrath that it was though the very stuff of its nerve and sinew transferred themselves to us in its final moments. For a hundred days and nights it loosed its breath on our world, and thus did it seize our wills not just individually, but as entire collectives. We became, in large groups, one of the most terrifying, unstoppable forces in the universe: full of ourselves, of our national egos, our sanctimonious doctrines, the superiority of our own sectors on the tapestry of Normal above all others. No longer could we reflect on own mistakes, and on our own groups' share of responsibility for the horrors committed under influence of the other six heads. At last we believed – we knew – that all that was wrong was the fault of others; that those who were other were inherently wrong; and that everything we said, everything we did, was right, because it was we who did it.

Wisely was it spoken, then, that of all that monster's heads, Pride was the most insidious – that it was good until it was bad, whereupon it became more dangerous than all the others combined. 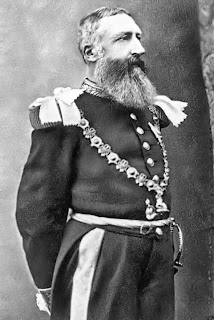 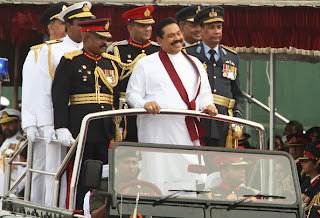 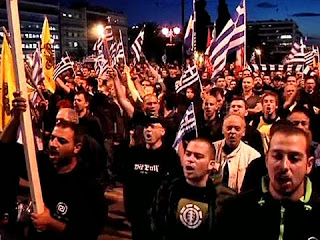 In the end, it was the breath of Pride that convinced us that this state of affairs – the world infused by the final breaths of a nightmare that was its opposite – was good. In Pride, we came to be satisfied with our broken lot; could not descend to admit we had lost control of our journey; and in time, forgot that anything wrong was wrong at all.

So arrogant we became that we came to establish this triumphant resignation at the core of our political, econmic, social, cultural and spiritual realities. Greed's insatiable hunger, its thirst for power over others: Pride whispered that if we could do no better, no-one could, and thus this was human nature.

The Impulse to which our choices were bound: with Pride suffusing us, we consumed rapaciously, and boasted of it as economic freedom; shackled our collective decisions to sightless selfish short-year cycles, and held this high as democracy; pillaged the entrails of our planet, left our fellows behind, and believed this to be the very meaning of progress: development.

Obedience had reduced us to less than personhood; but it was Pride that had us wilfully keep ourselves that way, believing that unquestioning submission was honour and loyalty, and that fear of punishment was the hallmark of dignified systems of law, cohesive families, glorious states.

Normality had set us against ourselves across a thousand purposeless parameters: but in our Pride, we convinced ourselves that these divisions had a place, had meaning, worth more than the people they cut across. So sure of ourselves we were, that to challenge these lines was held as the very meaning of insane, of irrational, of depraved. Sanity; Rationality; Morality; all became Normality's slaves, tools to carve up the human race.

Prejudice suffused and saturated society's spaces, but it was Pride that gave it licence to seethe to the limits of hysteria and hatred. For so fixated were we on maintaining the lines of Normality, that we pursued the most agonizing torments for stigmatized groups, set about the wholescale demolition of their souls: because we saw it as righteous, as necessary, the vanquishing of a menace, the purging of an infestation, national security, fighting terrorism, protecting the family, traditional values – but really because it simply made us feel good about ourselves.

And Ignorance's disdain for knowledge and self-improvement was debilitating enough as a personal attitude; but only through Pride did it become the very stuff of policy frameworks and history textbooks, the basis for violent crusades according to narratives of good versus evil, and assumptions about the very nature of our kind.

We became so sure of these absolutes that we cemented them in place, afforded our certitude the highest authority as spiritual doctrine or scientific fact. In such a form, no dispute could touch us: the first instance and the bottom line was that we were right; our beliefs were objective truth; and that was that. We had turned inside out, and forgotten it. 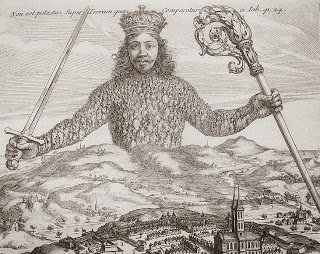 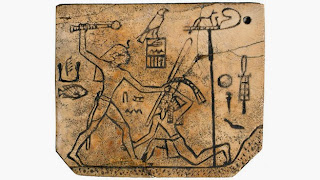 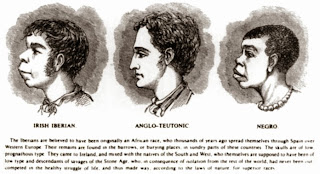 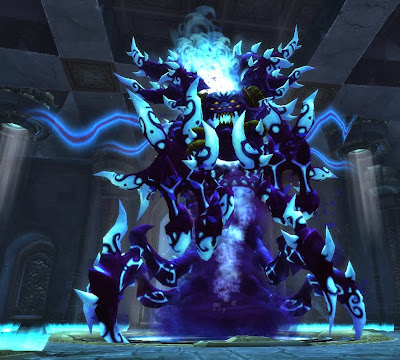 But we don't know how this story ends. The next part has not yet been written.
Posted by Chaobang at 12:03