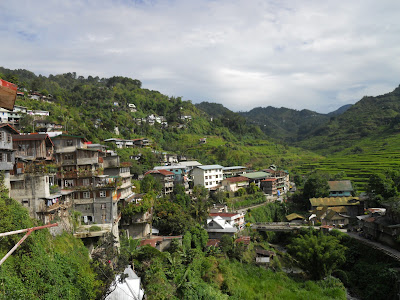 Ifugao's cultures and landscapes have drawn visitors for centuries. However, it was in the 1970s, after President Ferdinand Marcos decreed the rice terraces as Philippine cultural treasures, that tourism emerged as itself a major narrative force in the long Ifugao story.

With the Philippine government actively promoting tourism in Ifugao, visitors began to pile into the mountains in unprecedented numbers. Many were Filipinos, but with the rise in the rice terraces' international profile, especially with UNESCO World Heritage attention in the 1990s, these were joined by an accelerating influx of foreigners from all over the world. 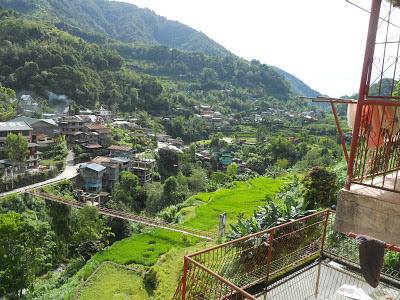 This new invasion, a fair bit more complicated than those before, descended upon the municipality of Banaue. The town was to become the ground zero of tourism in Ifugao, with a whole new industry and its infrastructure springing up to accommodate, feed, guide and merchandise to these visitors.

It was a reactive process, and one which has not especially pleased the inhabitants. One of them wryly remarked that the rice terraces in Banaue town have become "house terraces". A UNESCO report in 2008 elaborated:

From a pristine valley of rice terraces, healthy muyongs (forests) and clustered hamlets bisected by a clean river, Banaue has been transformed into an unattractive town blighted by spontaneous and uncontrolled development. Structures have been built randomly everywhere. Large areas of muyong have been destroyed, causing erosion, and the river has been polluted with industrial and household waste. Modern music blares from most houses and the noise and pollution from vehicles has made the place less liveable. 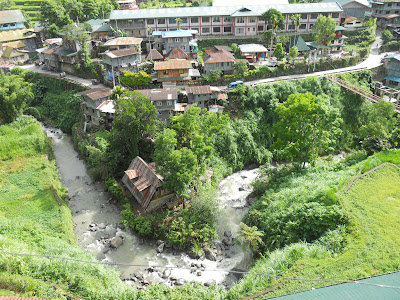 At the same time, this invasion has not been without some benefits. With Ifugao now renowned across the world, awareness grows of the robust eco-cultural way of life that has sustained its people through challenges – human and environmental alike – that have broken civilizations the world over. Through the curiosity this stirs, tourism offers quite some opportunities to help strengthen and conserve that impeccable heritage.

To harness the tourist invasion; to make it their own, on their own terms, and direct what it brings for the benefit of their communities while warding themselves against its hazards. Such is the challenge of tourism that the Ifugao communities rise up to today, closely monitoring the lessons of what we might call the “Battle of Banaue”.

Across the mountains from Banaue town, still within the same municipality, nestles the village of Batad. The unique amphitheatre landscape of the Batad rice terraces, accessible only on foot, was one of the five sites designated on the UNESCO World Heritage List, and has become one of the most popular rice terrace sites for tourists to visit.


Batad has thus accumulated some significant experience with tourism, offering insights for the other Ifugao communities planning their own strategies. The impact appears to have been mixed. On the one hand, tourists are appreciated for bringing in income and for cultural engagement. On the other, the rice farmers do not necessarily have access to that income stream, while people leaving the fields to work in tourist facilities can mean fewer people to look after the terraces. The less considerate or aware of tourists can also blunder into things, like the mud set out to dry for building terrace walls, and actually damage the very wonders they have come to see and (presumably) learn about. Moreover, cultural events like rituals are not shows to be performed for the sake of entertainment, but important social institutions with their own timetables, spiritual obligations, and consequences if they are performed in the incorrect circumstances. Pressure from tourists to see them on demand has led to concerns that the rituals are getting commodified, and their improper practice naturalized into the way of life.

Down to the southwest, the community of Kiangan has watched these developments with careful attention. There, tourism has yet to take off to the same levels as Banaue and Batad: and while people there speak much more highly of their own experiences with tourists, and are eager for more to come, they are well aware of the need to safeguard their own authorship of the process, and are taking precautions to better harness its impacts.

That is to say, what actually should tourism be? Certainly it does no good if merely a matter of people coming in to marvel at your stuff, paying you money then leaving. Rather, the effort has been to develop a concept of sustainable, community-based tourism: by which tourists are drawn upon as a means towards the conservation of the Ifugao heritage and rice terrace systems, and in turn gain a much more rewarding experience than they would as mere visitors.

From the Ifugao perspective, this has meant things like proper zoning, land use planning and construction controls, to prevent the out-of-control sprawling that happened in Banaue; and training for tour guides, homestay owners and other service providers. Indeed, if you are considering travelling to Ifugao, it is my high recommendation that you consider Kiangan for the focus of your journey. It is Ifugao's historical core, the first of its settlements and site of momentous junctures of worldwide significance; while its own rice terraces, also on the World Heritage List, are as spectacular as they come.


But as a tourist, you must also bear all the responsibilities of any decent human being. This starts with awareness: if you've been following this series, you may have come to appreciate that the Ifugao rice terraces are far, far more than just a breathtaking landscape. The entire way of life that they represent – Ifugao's livelihoods, ecological balance, cultural identities, spiritual practices and so much more – are all bound together in a singular whole that has endured for many hundreds of years: and thus all your actions, while walking upon that story's chapters, become part of that balance too. So go knowing about what you are entering, and that by doing so you too become a character in the great Ifugao story; and be sure to connect with the local tourism management infrastructure and local guides, for through their expertise you may explore the great hidden layers that make these cultural landscapes what they are.

And incidentally, flights will soon be resuming to the Bagabag Airport, just across from Ifugao's doorstep in Nueva Vizcaya. So if twelve hours by road from Manila doesn't sound like your thing, you need not worry (though I still recommend going by road for the immersion!).

Coming up next: a plunge 100m beneath the Earth, to the deepest layers of all. 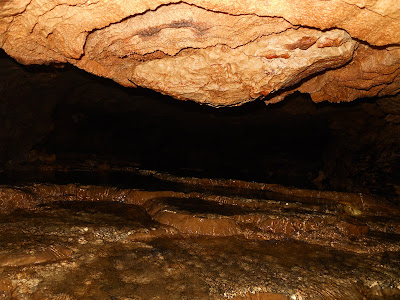