The Tokyo National Museum is one of several in Tokyo's spacious Ueno Park. As a student one can save an entire 200 yen to get in. Here's a selection of photos from my visit.
A crow in the park. The Japanese crows I've met are bulkier and noisier than their European cousins. Along with the ubiquitous cicadas, their call is integral to the ecological setting here. 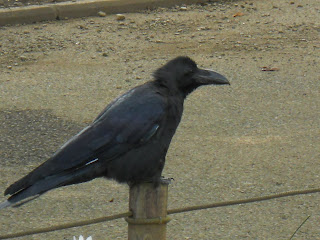 Saigo Takamori, a samurai who became a major character in the story of the Meiji Restoration. Things didn't go so great for him after that. The tale gets rather sad, and becomes a reminder that in our struggle to captain our destinies, we sometimes find ourselves bound to paths we did not choose – on which we can only do our best.
What actually happened? Go and look it up! It's an incentive to study history about civilizations other than one's own! 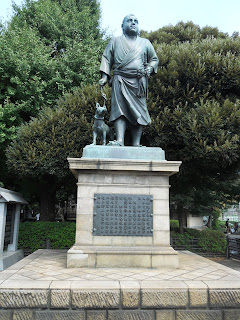 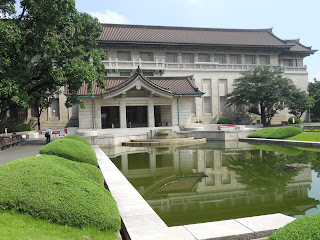 And back three thousand years to the neolithic Jomon period. The Jomon gave the world some of its first pots, many already exhibiting a uniquely Japanese aesthetic sense. Pots were actually a critical new chapter of humanity's journey, allowing us to store food to eat later, protect it from adverse weather and mice and the like; and of course, to further express ourselves through their art. Of course, there's also these fellows... 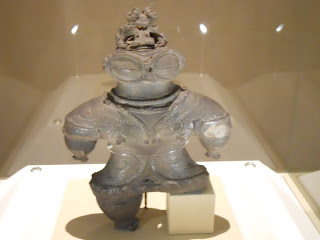 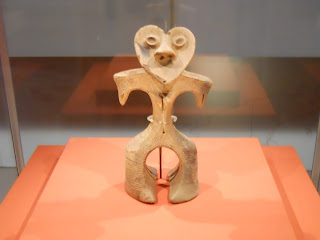 What were these dogu for? Representations of gods? Fertility symbols? Shamanistic ritual tools? There's still no consensus: the big comrade with the "goggles" is one of the most enigmatic and iconic images in all of human archaeology. Hmm...could astronauts or aliens be involved? Who knows? There's no shortage of contexts and manifestations the dogu have found in Japanese popular culture.
And the haniwa terracotta tomb figures from the Kofun period (~250-538 CE) are no less haunting... 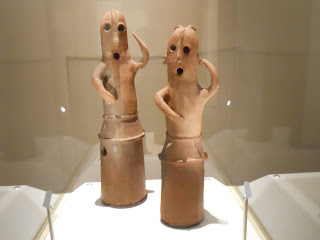 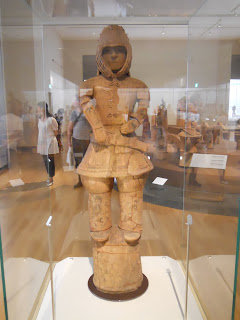 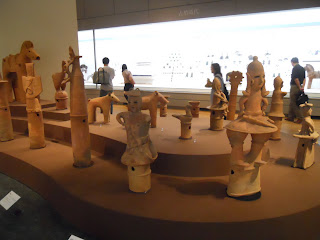 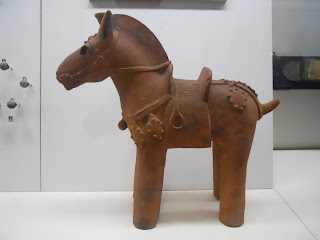 Anyone familiar with Okami or Pikmin 2, among other masterpieces, might recognize some homages.

Some Shinto or Buddhist stuff – in the early centuries of the Japanese polity, Buddhism was growing in the islands and much work was done to syncretize it with Japan's traditional spirituality. In the scrolls depicting some of the kings of Hell, notice that they're sitting working at desks while their deputies assist them with great bundles of documents. East Asian divinities are often bureaucrats! Still, it's good when gods work hard and take proper responsibility. Anyone with any power is responsible for using all of it for good. 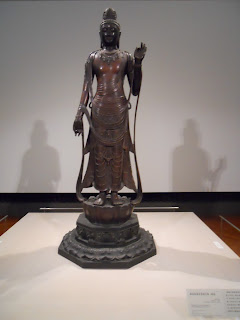 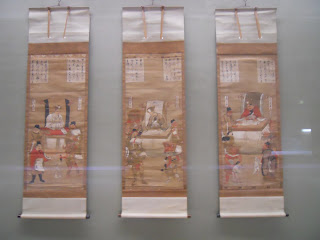 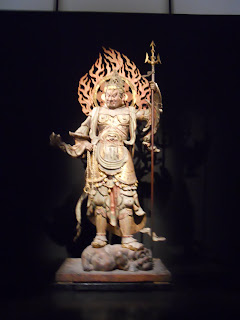 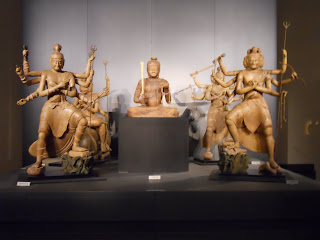 Of course, some samurai armour... 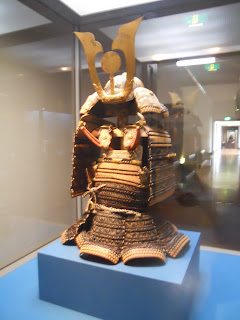 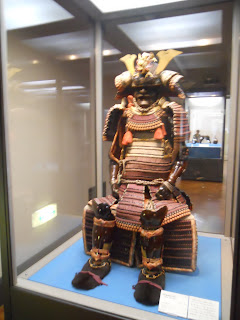 An elephant enjoying a wash... 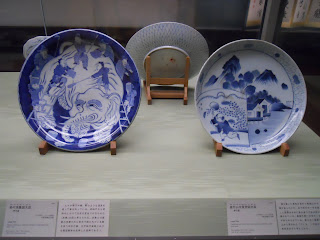 And Bear displaying a little pattern I put together in the design-your-own-kimonos-and-postcards room. Hmm, I'm mediocre at it. Nonetheless, it has a meaning! Every single symbol and pattern is there for a reason. 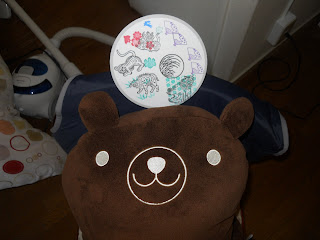 What is the meaning? Of course, that's a secret.