So maybe Britain does a few things well. Search hard and long enough, and it’s just possible you find one or two. If I was to choose one such thing, I would choose its museums.

I recently had the pleasure of reading A History of the World in 100 Objects, the book based on the BBC4 radio series by Neil MacGregor of the British Museum. It is an attempt to tell humanity’s story through one hundred objects in the Museum’s collection, from cultures and civilizations all over the world through the great length of human history.
Because history is as much art as science, and archaeology even more so, it is of course only one rendition of that story, in the choice of items through which it tells it and the interpretations thereof. I found myself so engaged by it that I wrote a brief commentary on those objects myself, finding that to me, as to anyone, these pieces of human identity offer forth a unique conversation, speaking differently to different experiences, different understandings and different values. To do that properly, I felt it important to go to the Museum to look at these objects in person (as I would encourage anyone to do, as admission is free and the collection is a billion varieties of amazing). I forgot my camera but took some crappy-quality photos on my iPhone, and have a few examples to share.
The underlying message is extremely forceful: that wherever we come from, whenever we lived, we are all human beings, each on our personal journeys within that of humanity as a whole. Everywhere we have travelled, we can and have thought, felt, imagined, discovered, created and loved. Though humanity has come into terrible tribulations, our barbarity today is not our nature, not timeless, not inevitable – we are, and in every time and every place have shown ourselves to be, capable of better. 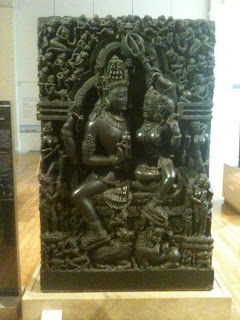 This is one of my favourite objects, and surely among the most heartwarming and inspiring sculptures in the world. It shows Shiva and Parvati: reflects a Hindu conception of the godly which necessarily has both male and female aspects. It brims with happiness, a joyful love, the powerful, natural mutual fulfilment of both male and female power. It’s refreshing because perhaps the most calamitous flaw in human spirituality – above all in Abrahamic religion – is that when it comes to issues of relationships and sexuality, it becomes headless. It fears and is confused by what is so natural and wonderful a part of the human experience; and the negative moral charge, repressive gender constructs, heteronormative bigotries and bloodshed this produced is one of the human journey’s most devastating tragedies. But this sculpture is so positive and happy, exudes eternal friendship and the authentic warmth of the heart, welcomes you in; casts divine joy on male and female power alike and all aspects of their relationship, including the carnal. There is much we can learn from an example like this, and much hope we can take from it. 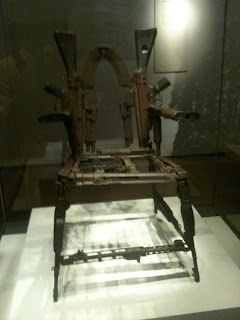 A throne made of weapons relinquished after the terrible Mozambican Civil War. I find it poignant at both extremes. On one side, it speaks of the horrors of that war and other African conflicts of recent decades, the descent of the dream of a better future after decolonization into madness unspeakable. On the other, it is that dream made reality: an end to the conflict, the repair and revival of shattered humanity, so forceful because the very instruments of corrupted slaughter have been retired and put to use in something peaceful and empowering of the human essence. It doesn’t show well in the crappy photo, but the left rifle on the backrest even looks to have a smiley face, as though the weapons themselves, as well, are free at last. 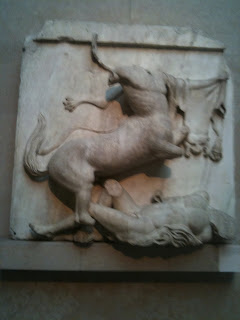 A piece of the Parthenon in Athens, more commonly referred to as the Elgin Marbles and best known for the furious debate as to whether they should stay in the British Museum or return to Greece. It’s a difficult argument to solve, because both sides are right. On the one hand, it is part of Greek heritage and belongs in Athens; on the other it is part of our common human heritage, its story a tale from our great journey involving the interactions of peoples from many different societies, so it is also a superb ambassador in the Museum’s attempts to present that story of universal humanity. It is a shame one marble cannot be in two places at once! 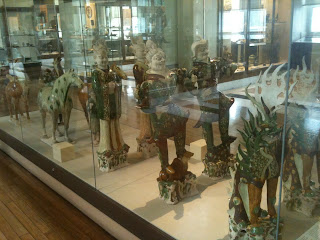 The entourage of a Chinese official in the Tang Dynasty, which accompanied him in death to keep him equipped for the onward journey, and show the bureaucrats of the afterlife how important this guy was. He’s got horses and camels to carry his stuff, military officials and mythical beasts to protect him and make him look prestigious, and civil servants to present the case on his behalf that he was a virtuous and important and all-round venerated guy to be given the proper respect and treatment. Isn’t it interesting, how almost all of our societies develop such solid certainties as to what happens to us after death, while the bottom line is that we simply do not yet know for sure? 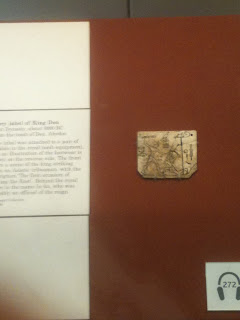 The sandal label from an ancient Egyptian king whose view of order was apparently that it was something to impose through coercion and force. It shows him aggressively smiting a vanquished enemy on the head. Fuel for the Pessimists who arrogantly call themselves Realists? They uphold dogmas that life is all a merciless competitive struggle for domination, and assert that this is a timeless reality that has always been and shall never change. But that something happened says nothing about why it happened, or where it came from. Whether this callous brutality is what we are, or a complete corruption and breakdown of what we are, is a choice for which all human beings are responsible. 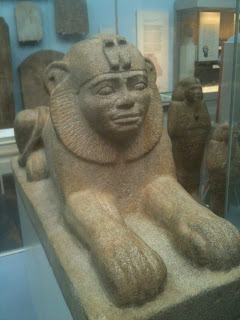 An Egyptian sphinx, but with a cheerful-looking Sudanese face. It’s Taharqo, from Kush, who for a while ruled Egypt as pharaoh during an easily-forgotten period of Sudanese control of the ancient Egyptian empire. Like many people who cross from one identity group to rule another, he built his legitimacy by engaging, combining and drawing on the cultures of both. A lot of these episodes, like the Mughals in India and the Manchus in China, have produced periods of remarkable relative peace and tolerance. Why shouldn’t they? We are all humans, after all. Ethnic or international strife has no basis in nature. 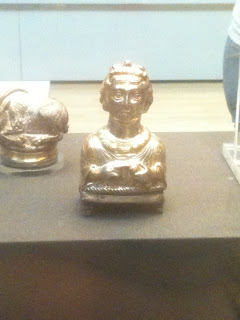 A pepper pot belonging to a household in Roman Britain. There were Roman, English and Christian aspects to these people’s identities and everyday lives; so how did these elements come together in how they thought of themselves? These are identity questions that are just as prevalent in Britain today. Much of it is because what we call the “British” are in fact an accumulated amalgamation of peoples from all over the world, who have migrated to the islands over many centuries: Romans from Italy, Anglo-Saxons from Germany, Jutes from Denmark, Vikings from Scandinavia, Normans from France, Romani and Huguenots and Jews and peoples from all the lands the British Empire went on to repress. All these and others are now integral parts of Britain’s demographic mosaic: the concept of “British” has effectively no ethnic foundation, is made of immigration, so the hostility to immigrants and BNP-style nationalism in present-day Britain is bizarre, and where it came from is anyone’s guess. All those trying to build a worthy Britain build it on concepts far more important than race.
And a few other objects (not in the list of 100) which caught my eye: 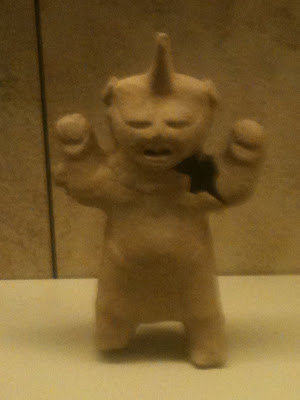 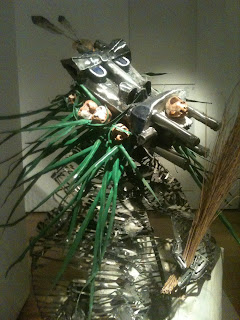 Hippopotamus from an African masquerade ceremony. The most bad-tempered and aggressive of all Africa’s big animals – I hear they kill more humans even than the big carnivores. Many skulls! And those teeth aren’t far from evoking the barrels of cannons. 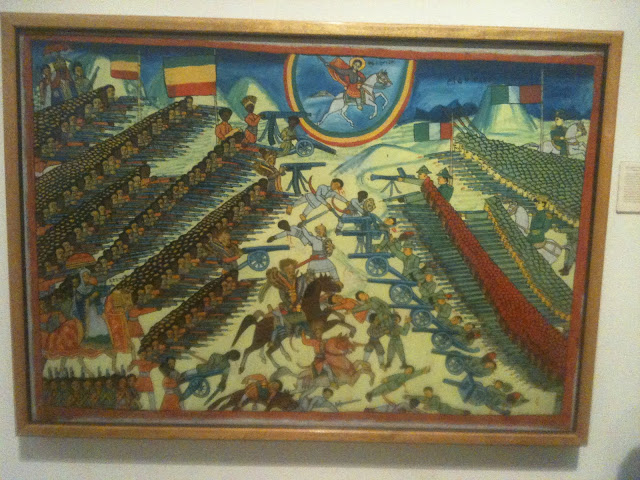 The Ethiopians about to batter the aggressive colonial Italians at the Battle of Adwa in 1896. See the empress on horseback in the bottom left, wielding a great big revolver. Apparently this work follows the traditional custom in Ethiopian painting by which the good guys are shown with a full forward view of their faces, while the bad guys are drawn side-on.
There’s loads more – I might post more at a later date.
And of course, if you like this kind of stuff, you can – and should – get the book here.
Posted by Chaobang at 15:18