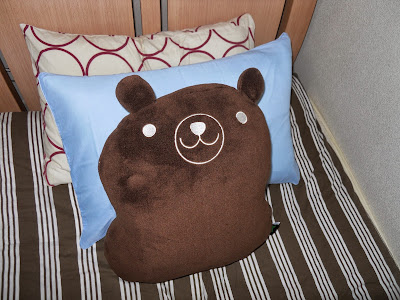 The primary result of my two years' research at the United Nations University in Tokyo, which I am making public here as promised. It is too long to post here in full, so if the abstract and contents attract your interest, you can view the complete text by clicking here.

I am not an academic, and write things like this with the sole purpose of making a contribution to a better world. So though I am aware my written English is a bit of a minefield at times, I deliberately do my best to reject academic jargon and politically-motivated euphemisms throughout this kind of work; write without any consideration for the effect on my own prospects; and will make no pretence at impartiality, for sometimes there is no such thing. So if you are not of an academic background but still take interest in the subject matter, then please do not feel daunted by the scale of this work, and feel free to ask me if you want anything explained more clearly.


Abstract
The great diversity of human sexual and gender identities, senses, behaviours and feelings is a central part of the human experience. Hostility to this diversity, along with the prejudicial violence, discrimination and ostracization that hostility produces worldwide, constitutes today one of the gravest challenges to the United Nations's founding pursuit of the rights and dignity of the human person. Nonetheless, this issue has been marginalized and misunderstood in international politics until recent decades, becoming recognized and addressed only during the 1990s and 2000s, primarily on the human rights agenda: and then only through a painstaking struggle that still endures against hostile forces who seek its exclusion. This study thus inquires into the current state of sexual diversity as a human rights concern in international policy discourse and practice, particularly in the United Nations agenda. It examines the recent history of sexual diversity as a complex political and human rights issue; the movement whose efforts have advanced it; and the hostile counter-movement's drivers, methods and contexts. Ultimately, in pursuit of an international system free of heteronormative biases and the recognition of the full relevance of sexual diversity across all its major policy fields, the thesis explores and asserts the significance of sexual diversity for the vision and practice of the United Nations – and above all for the integrity and prospects of universal human rights.

Chapter 3 – Hostility to Sexual Diversity: The Counter-Movement
a) Counter-Discourse and Counter-Practice
b) Analysing Hostility
i) Cultural Relativism
ii) Construction of History
iii) Moral and Medical Pathologization

Chapter 4 – Sexual Diversity Rights: The Challenge
a) Conclusion: Universal and Diverse – Not One or the Other, but Both
b) Recommendations
i) The UN
ii) Activists
iii) Moral Authorities
iv) Academics
c) An Exhortation


Again, you can access the full text here. In addition, the International Lesbian, Gay, Bisexual, Trans and Intersex Association (ILGA), one of the foremost international sexual diversity rights organizations bringing together over 750 groups around the world, has also made the text available on their website here (angry photo included!).