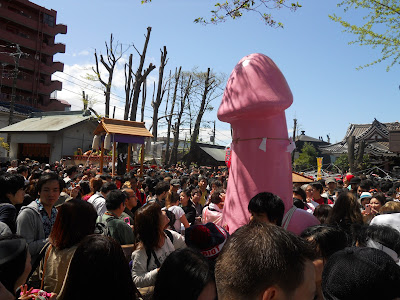 Each year, on the first Sunday of April, the Wakamiya Hachimangu Kanayama Shrine (若宮八幡宮金山神社) in Kawasaki (between Tokyo and Yokohama) holds an unusual festival. 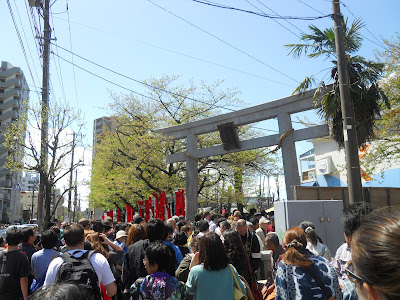 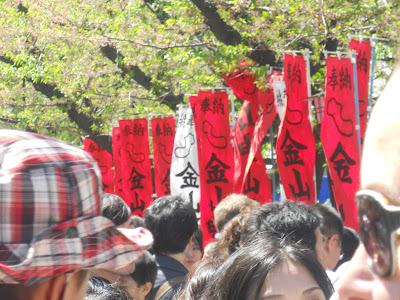 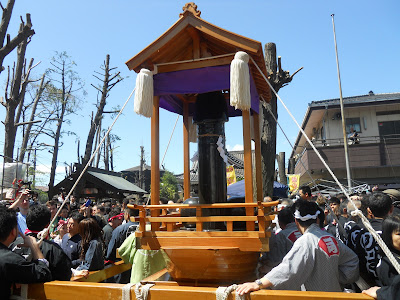 The Kanamara Matsuri, or "Festival of the Steel Phallus", dates back to the Edo period. According to legend, a sharp-toothed demon fell in love with a woman who did not feel likewise to him. So when she married someone else, the envious demon hid himself inside a certain orifice of hers before the wedding. Then, when her hubsand's corresponding organ made ingress, the demon deployed his jaws in such a way as deprived him of said organ, and no doubt inflicted quite considerable pain. Apparently this happened to a second husband too.

This, perhaps understandably, made a lot of people in the village upset. So the woman came up with a plan, and consulted a blacksmith to forge a phallus made of steel. With this they managed to trick the demon and broke his teeth. Angered and humiliated, the demon left her body, though the legend is not clear whether he escaped or was arrested.

Hence, the steel phallus: which has been enshrined here ever since, and whose significance is commemorated each year at this festival. The shrine is said to be especially popular for prostitutes, who pray to it for protection against sexually transmitted diseases; though it also attracts married couples to pray for family harmony, people of diverse sexualities, and businesspeople seeking prosperity. 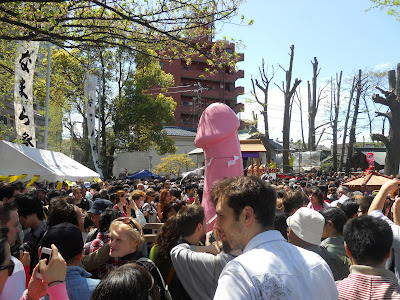 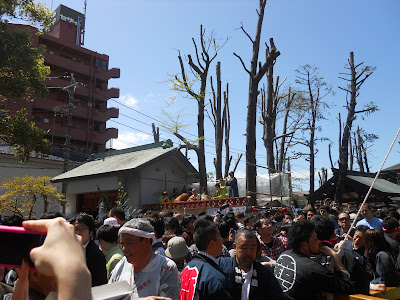 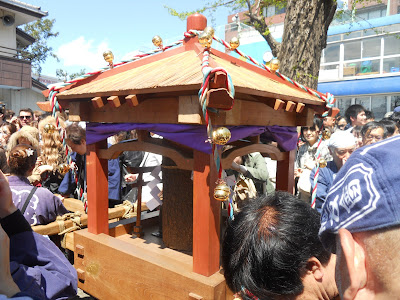 Anyone shocked at such scenes should take note. This, like many Japanese festivals, is a spiritual event: held at a Shinto shrine, with all the rituals, prayer, symbols and imagery of full religious significance. Also like such festivals, it blends that solemnity with energetic parading, colours, music, costumes, wares, festival food and eccentric public celebration – with no contradiction at all. Both men and women attend and participate, as do children. 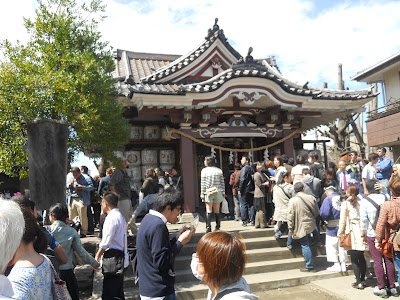 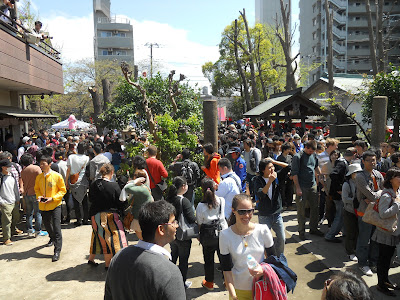 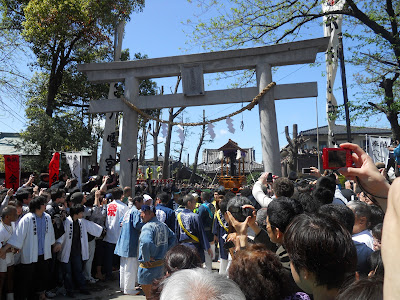 Perhaps there is much to learn from this. The ability to deal with sexual themes in such a down-to-earth manner is surely a great cultural strength. Sexuality is a massive and vital part of the human experience, and in this day and age of sexually-transmitted disease pandemics, persecution of sexual minorities, the gender calamity, demographic anxiety and so on, we have to be able to engage in it in a frank, sane and informed state of mind.

Festivals like this, in themselves, of course need not represent such a state of mind. Nor do they imply any better record on such problems. But at least they suggest that some societies or communities, in some places, have resisted the climate of simultaneous obsession and terror about sex in much of the world. As humans we will never rise to our sexual challenges so long as we approach them through that grotesque, destructive shambles of a framework that blends the moralizing shame and horror of Augustine with the ravenous, slavering sensationalism of Murdoch. To have the conversation at all, that hysteria must be challenged and overcome.

With all that said, this being Japan means you can still expect a lot of crazy stuff at festivals like this. Proceeds from the items sold supposedly go into funding HIV/AIDS research. 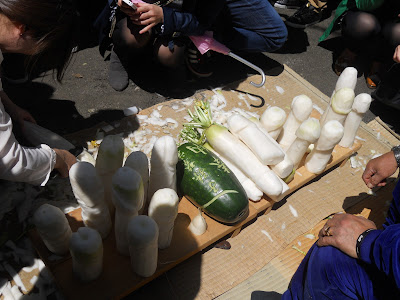 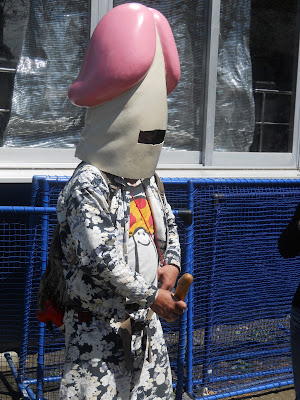 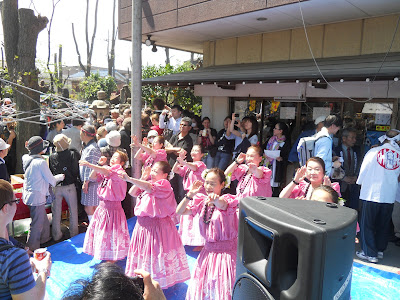 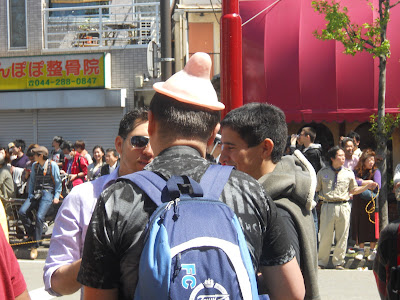 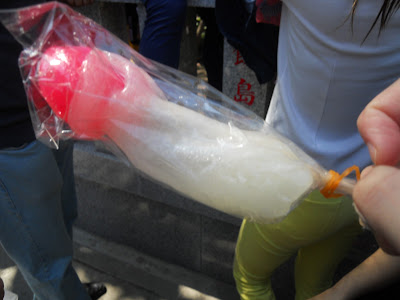 As the photos suggest, this festival was CROWDED. There were extended periods where we got literally stuck amidst a mass of people all attempting to move in different directions through a 1-2m space. Then it came time for the o-mikoshi (portable shrines) to be paraded onto the streets, and cordons of officials crushed a corridor out of the crowds for their passage. 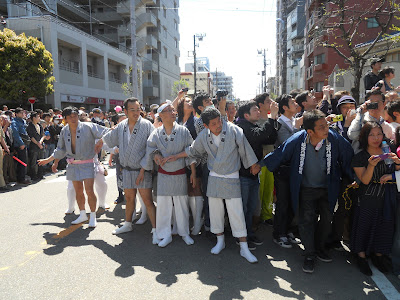 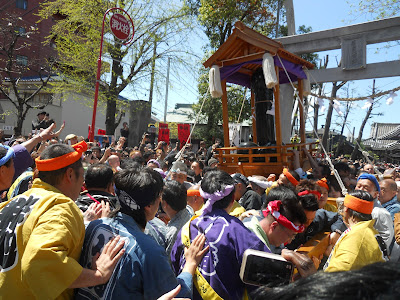 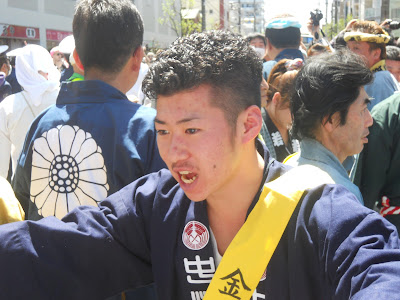 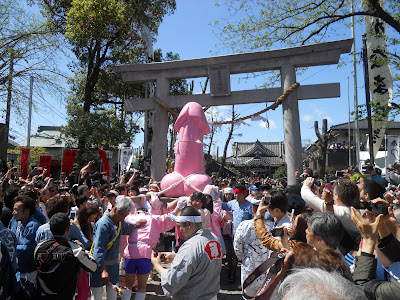 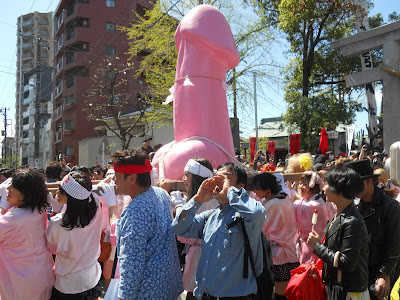 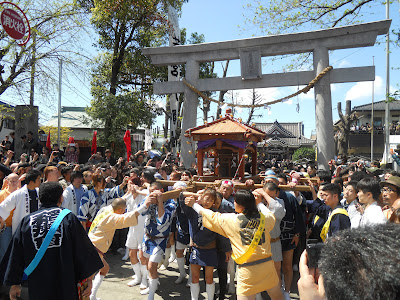 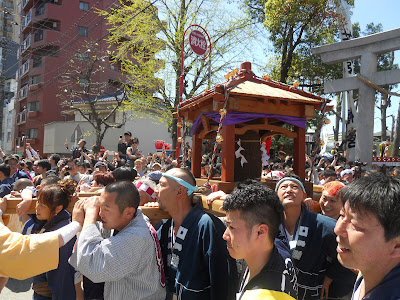 It was interesting to note that a great proportion of those present were foreigners – typically European or American foreigners. Most of these were not necessarily anthropologists on fieldwork.

The festival starts around 11am, with the o-mikoshi processions setting off at 12 midday. The Kanayama Shrine is just three minutes walk from Kawasaki Daishi station on the Keikyū Daishi Line – and is not far from the Kawasaki Daishi temple, with its spacious grounds and lake that has a fountain covered in adorable turtles. 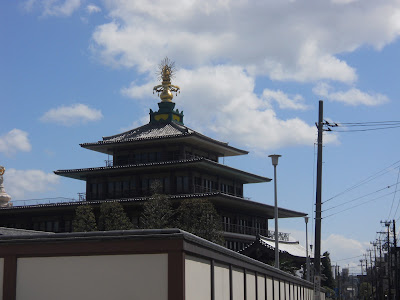 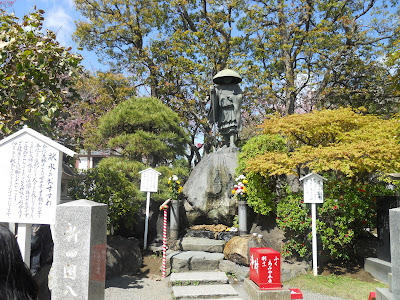 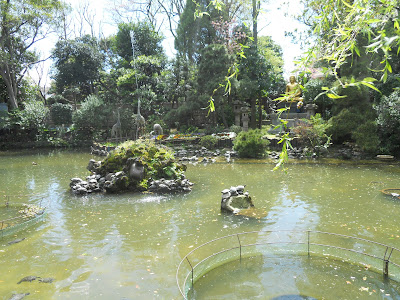 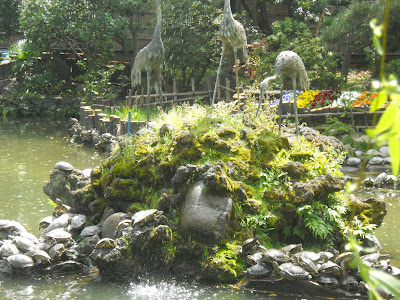 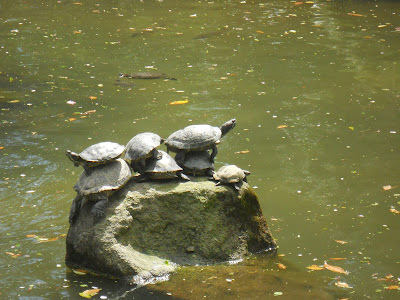 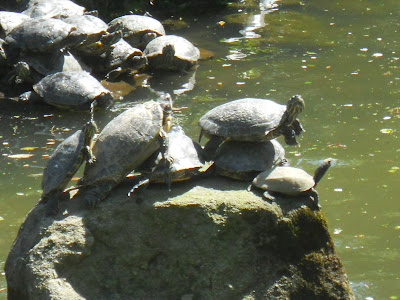 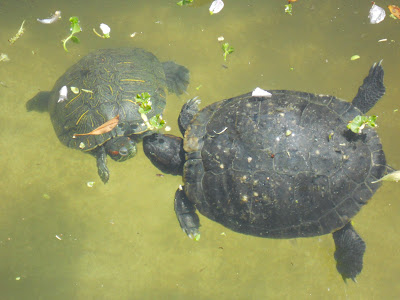