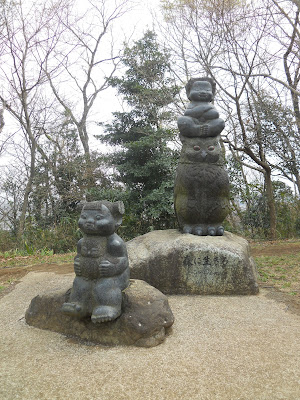 Spring has come early to Tokyo this year, and with it the sakura have started to blossom. As it warms up, the time is ideal to head for the mountains and forests.

These photos come from the Kōbōyama (Mt. Kobo, 弘法山) park in Hadano, Kanagawa Prefecture, in the foothills of the Ōyama-Tanzawa mountains. Kōbōyama and its two adjoining peaks, Gongenyama and Azumayama, are easily accessible from central Tokyo and offer some casual and relaxing hiking, with plenty of sakura trees, impressive views and picnic spots. A walk from Hadano station in the west, across the three peaks and finishing at Tsurumaki Onsen station in the east (both on the Odakyu Line) can be done in two to three hours; and at no more than 250m high with only an initial steep ascent, the trails are gentle and easy. 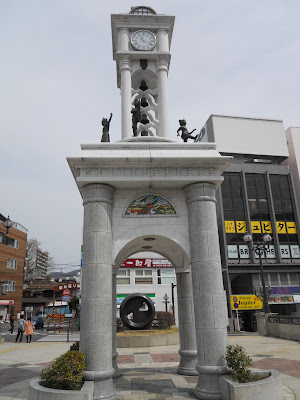 After leaving Hadano Station by the North Exit, go down to the canal and turn right, walking about ten minutes until the path rises up to the road at a T- junction. Turn left (northwards) along Route 71, and Kōbōyama will be in plain view on the right, with the entrance a few hundred metres ahead. 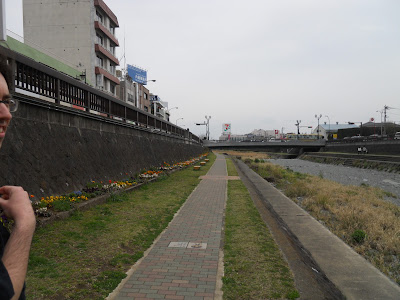 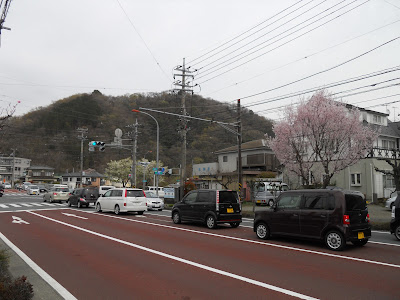 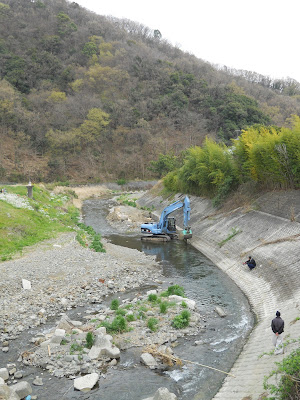 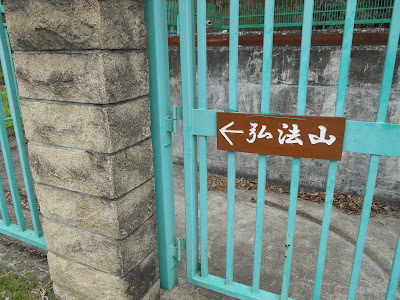 The switchback path to the top is the only serious climb of the route. After about fifteen minutes it emerges onto Sengenyama, with some views over Hadano and Kanagawa's residential expanses. On a clear day you can get excellent sightings of Mt. Fuji and Sagami Bay, though the clouds conspired against us on this occasion. 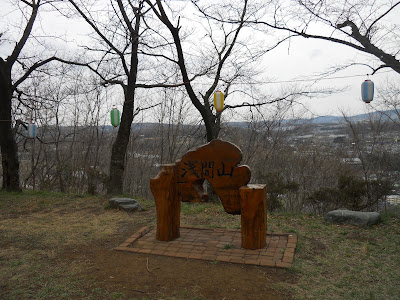 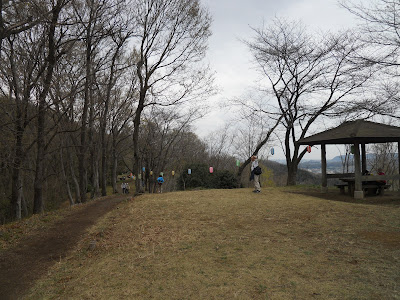 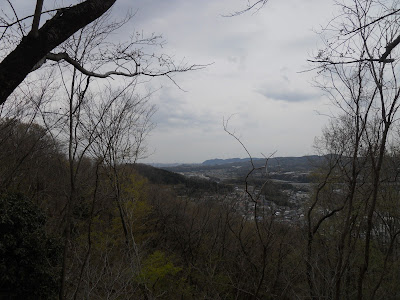 From there, Gongenyama, the first peak, is only five minutes and a brief climb away. There is an observation tower, and the grass and sakura trees make it the nicest place for a picnic. Although the sakura down in the city were reaching full bloom at this time, those in these hills were only just starting to emerge. 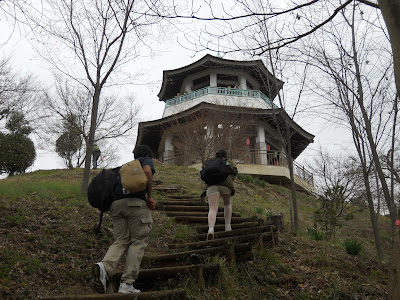 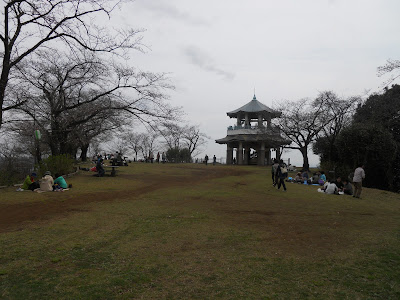 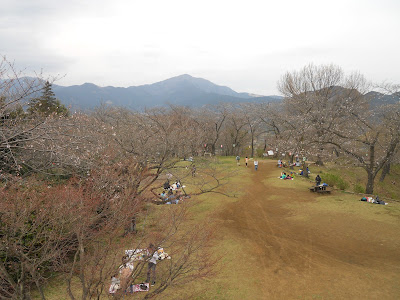 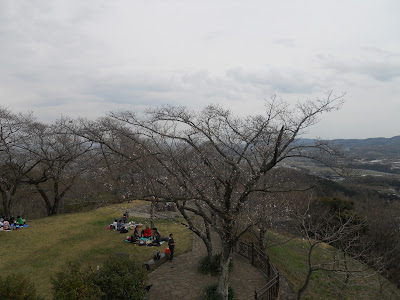 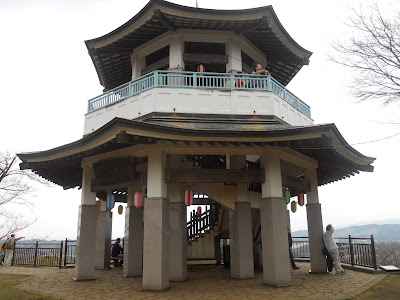 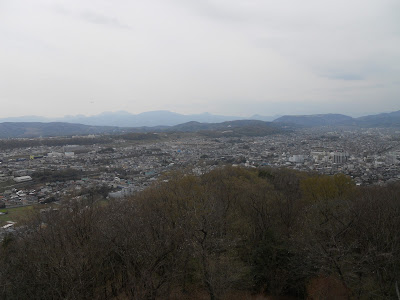 The route is smooth from here on. Another 15-20 minutes along a promenade of colourful lanterns leads to Kōbōyama, the second peak with its temple and bell. This is also a good spot to rest or eat;the resident cat will likely approach you and help relieve you of surplus food. 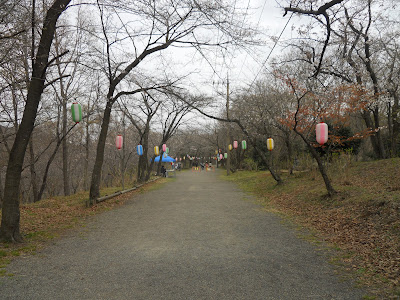 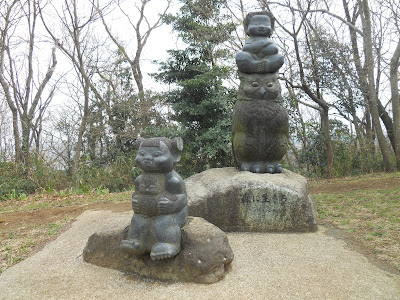 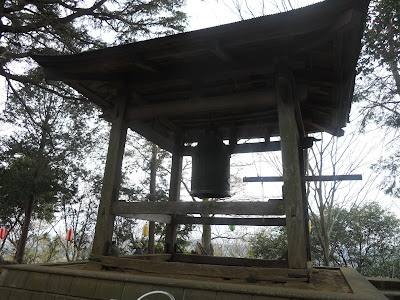 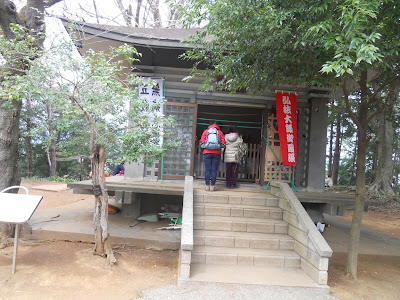 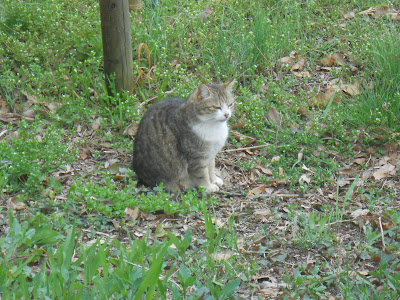 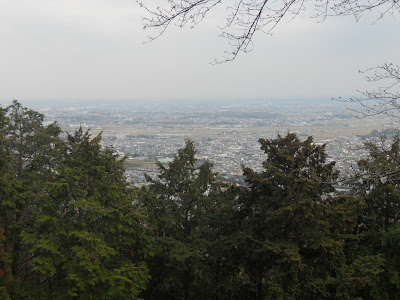 The route from there is straightforward: follow the signs, forking right at one point, to Azumayama, from where the path descends back into the suburbs. Once there, head through the tunnel under the big expressway to find your way back to the Odakyu Line at Tsurumaki Onsen station. 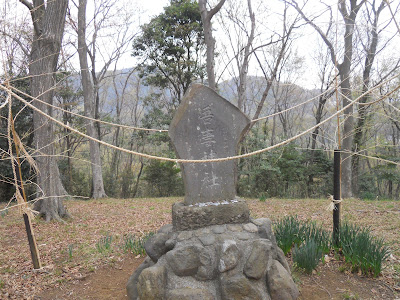 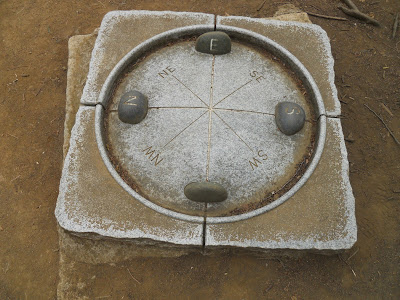 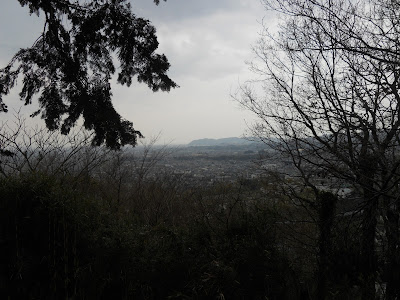 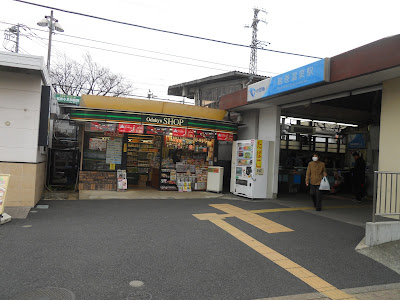 Oh, and you may want to not climb the pylon. 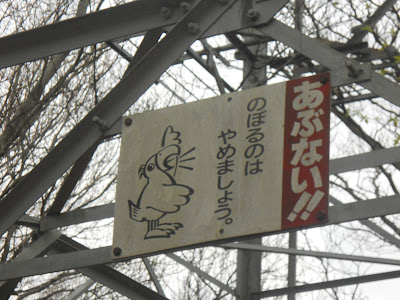