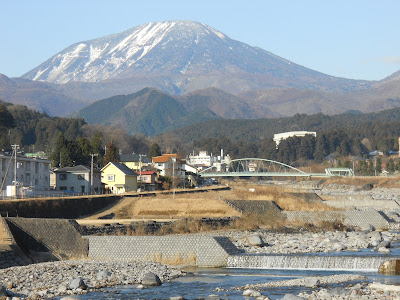 Beneath the wild landscapes of Mount Nantai's domain, the town of Nikkō, a short train ride north of Tokyo, draws in visitors from all over Japan and far beyond. The National Park presents some of the country's most breathtaking scenery, from lakes to plateaus, wild animals to waterfalls, all varying dramatically with the seasons. Nikkō is also of significance in Japan's human journey, particularly as pertains to the Tokugawa shoguns; the first of whom, Ieyasu, is interred there at the Tōshōgū Shrine.
More on the milking of the Tokugawa brand to fill buckets of money in the next post. First, some scenes from the fifteen-kilometre hike through the high marshes. Deep winter might not be the most popular time to trek up there: which worked to our advantage, that the tranquility of nature was not mitigated by swarms of tourists. And blanketed in snow, Oku-Nikkō is no less unique and spectacular... 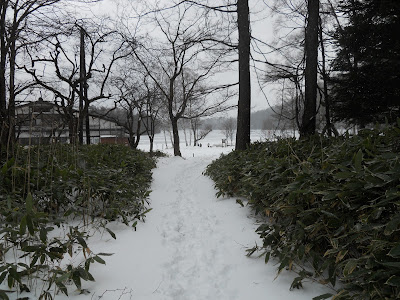 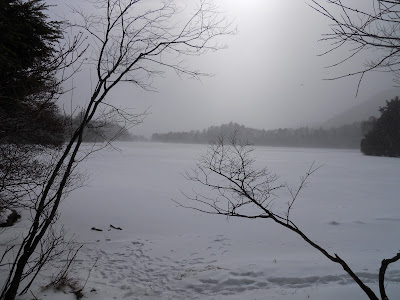 The trek began at Yumoto Onsen and Lake Yunoko (above), and encompassed three great waterfalls,Yutaki being the first: 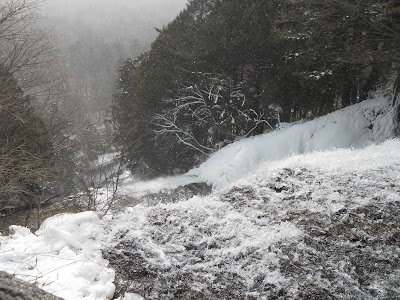 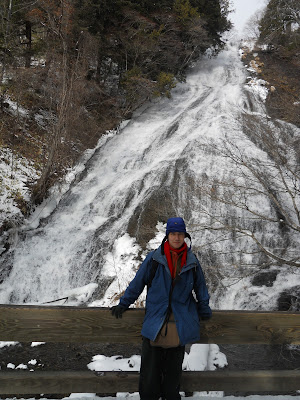 ...from where the trail continued along the Yukawa river, past a smaller waterfall (Kotaki), then onto a pair of slippery wooden planks upon marshy expanses, emerging on the Senjogahara plateau. Legend has it that this was the battlefield of an epic struggle between the god of Mount Nantai and the god of Mount Akagi (in neighbouring Gunma prefecture), for control over Lake Chuzenji. 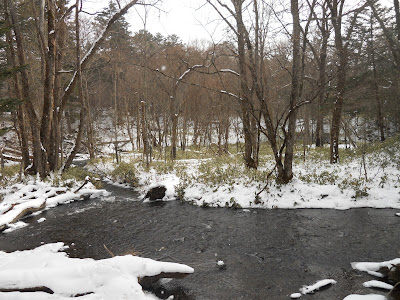 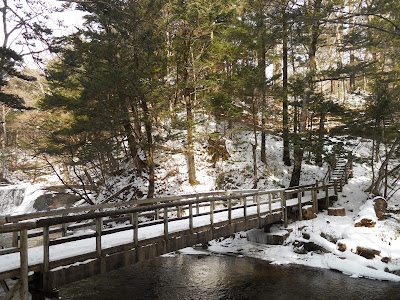 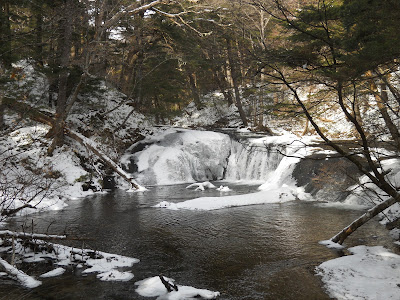 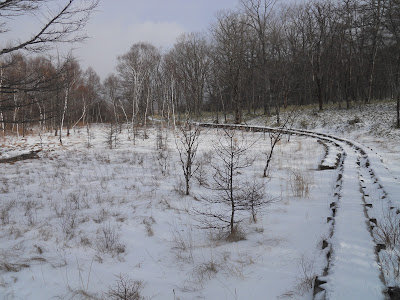 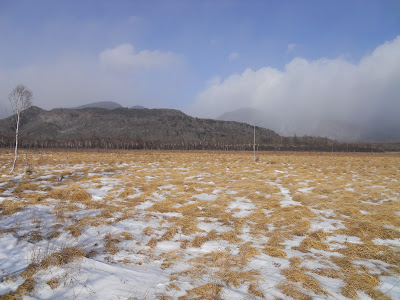 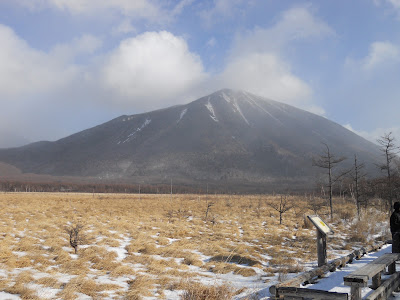 Mount Nantai prevailed (look at it – is it any surprise?). However, both sides suffered many casualties, and the local waters ran red with their blood. Hence, Akanuma: "Red Marsh": 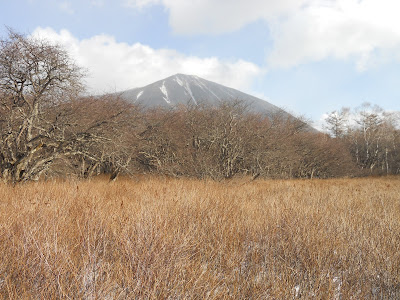 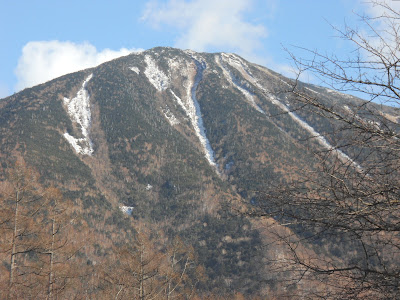 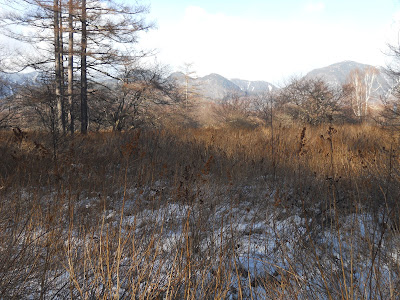 From there the water descends over Ryūzu Falls, the second major waterfall, and flows into the broad Lake Chuzenji, so scenic that after the Meiji era it was the chosen site for several European embassies. 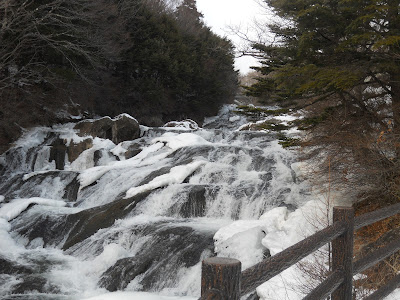 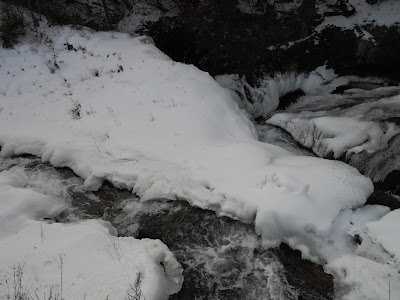 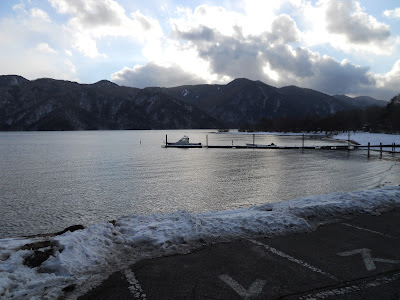 There followed a long stretch of hiking along Chuzenji's north shore, which at this time hosted quite astonishing ice formations which photos cannot do justice to... 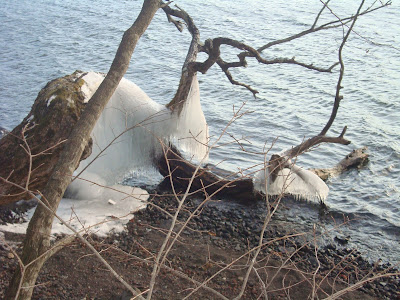 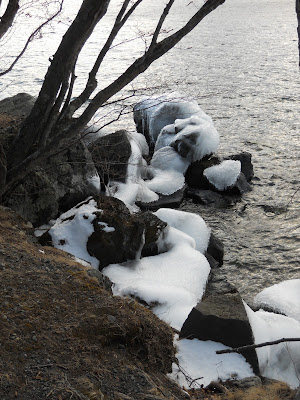 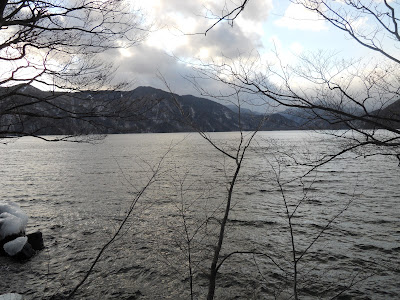 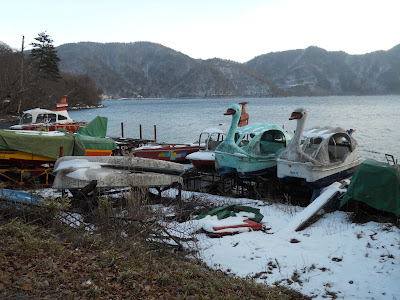 And just in time before dusk set in, we reached the third and arguably grandest of Nikkō's waterfalls: Kegon. 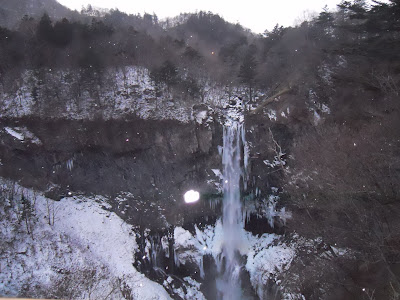 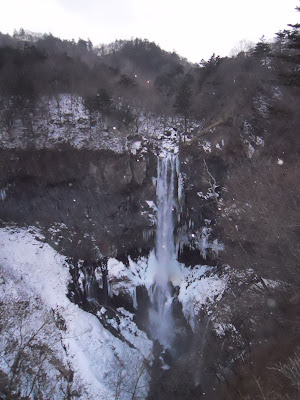 On a related note, there is a ramen restaurant on Nikkō's main east-west road I must recommend: welcome relief after a full day's slogging through the snow. 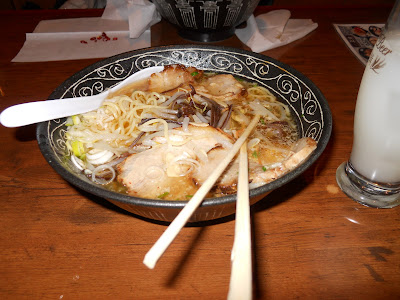 Next, the final entry in this series: Nikkō's historical heritage, and perplexing questions of reversal or continuity in its modern-day role.
Posted by Chaobang at 14:13