But of a rather different kind today, inspired by a tiny eight-legged friend now frequenting my apartment. 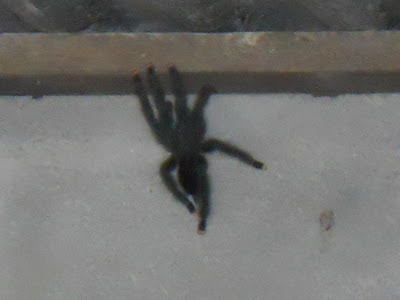 No, not the one in the picture: that was a more sizeable comrade I spotted in an outhouse in Guyana. But to that spider and many others, the same sentiment applies. I write today in honour of some of the finest, most patient and resilient artists of our world, for whom our appreciation and respect is not one tenth of that they deserve.
True story: a few years ago, languishing in London, I took notice of a very large spider who'd deigned to build her web outside my window. The rain was falling, and soon a massive storm was upon us: and I watched with concern as the spider held fast to the centre of her web, which shook violently on its moorings as though due to be ripped into the wind at any moment. Hours passed, but still the spider stood firm; and when the storm subsided, spider and web were still there, those thin fibrous anchors withstanding what many of our own dwellings do not; and then the dew condensed upon the web, and that whole magnificent strucutre sparkled triumphantly in the warmth of the sun.
Why do humans fear and loathe spiders so? The vast majority are harmless to us; indeed, can do us a lot of good by controlling more aggressive little things that would otherwise drink our blood. Only a small proportion of spider species are dangerously venomous, and fewer still of those actively seek to harm us unless provoked. They spin beautiful webs many times their own size, with a creativity and patient determination we can learn so much from; and some species' approaches to exploring and hunting suggest curiosity and intelligent cunning. We can even borrow their venom for medical applications, and their remarkable silk surpasses many materials we've synthesized.
I mean no disservice to arachnophobes, of course. I was one once: irrationally feared spiders, though it was a fear I did not understand. As I encountered these creatures and learnt ever more of their ways, that fear disappeared: because when fear and love collide, love always wins. Fear is weak, relative to all other motivating forces. And now, as one who pursues the art of writing, I salute the spiders of Earth with a fellow artist's respect. 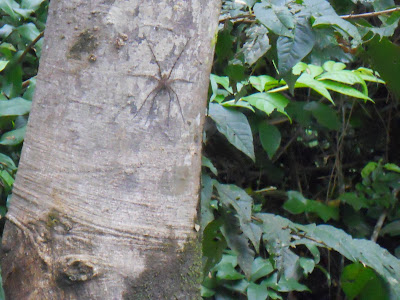 Guyana had some especially mighty examples: like this fellow on the Burro-Burro River, and the fuzzy tarantulas that liked to turn up in outhouses or thatched roofs. Of course, you do occasionally encounter more disagreeable arachnids who like to make trouble... 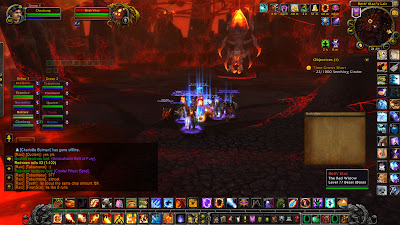 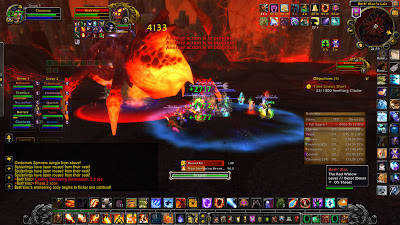 But the same is true of humans. I don't think we're currently in much of a position to talk to spiders about ethics.
No, the popular revulsion is baffling. You are way more likely to be hurt or killed by another human than by a spider; so why do these fragile yet masterful little artists and architects get so unfair a share of human resentment? They deserve so much better.


Shortly before I moved to Japan, I received a great privilege. I woke up one morning to find that for whatever reason, a spider had decided to build her egg sac on the side of my computer: 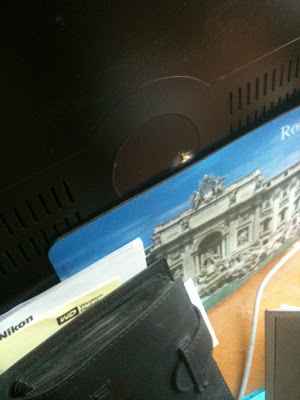 I don't know by what criteria this spider decided on the location, but it was a flattering decision, so I took it upon myself to make sure nothing disturbed the eggs until they hatched. Several months passed, in which the spider sat there guarding them, barely ever twitching; until she reached the end of her lifespan and fell off. But I made sure no harm could come to those eggs, until two or three months later, I awoke one morning to find they had hatched, with barely-visible tiny little spiderlings emerging, the cutest sight imaginable, to go forth to explore the world and establish their artistic identities therein. The miracle of life; a truly joyful moment in a city where joy is hard to come by.


This tale provokes varying responses in people. I have yet to understand the reactions of disgust. Spiders are not at all dirty creatures; if anything they are clean, efficient and resourceful. Less still do I comprehend the drive so many seem to have to harm or kill them on sight – to which they are usually powerless to defend themselves. Who could do such a thing?


That neither we nor they chose this setup is significant. Size is relative. We should consider the possibility that one day it will be we humans who are at such a disadvantage, and the arbitrary power of life and death looms against us. Who knows? Our world has changed much over the last few billion years. The greater the kindness we show to the vulnerable or fragile today, the more likely that they will remember it tomorrow if it turns out that one day the power is theirs to wield.
Posted by Chaobang at 09:40