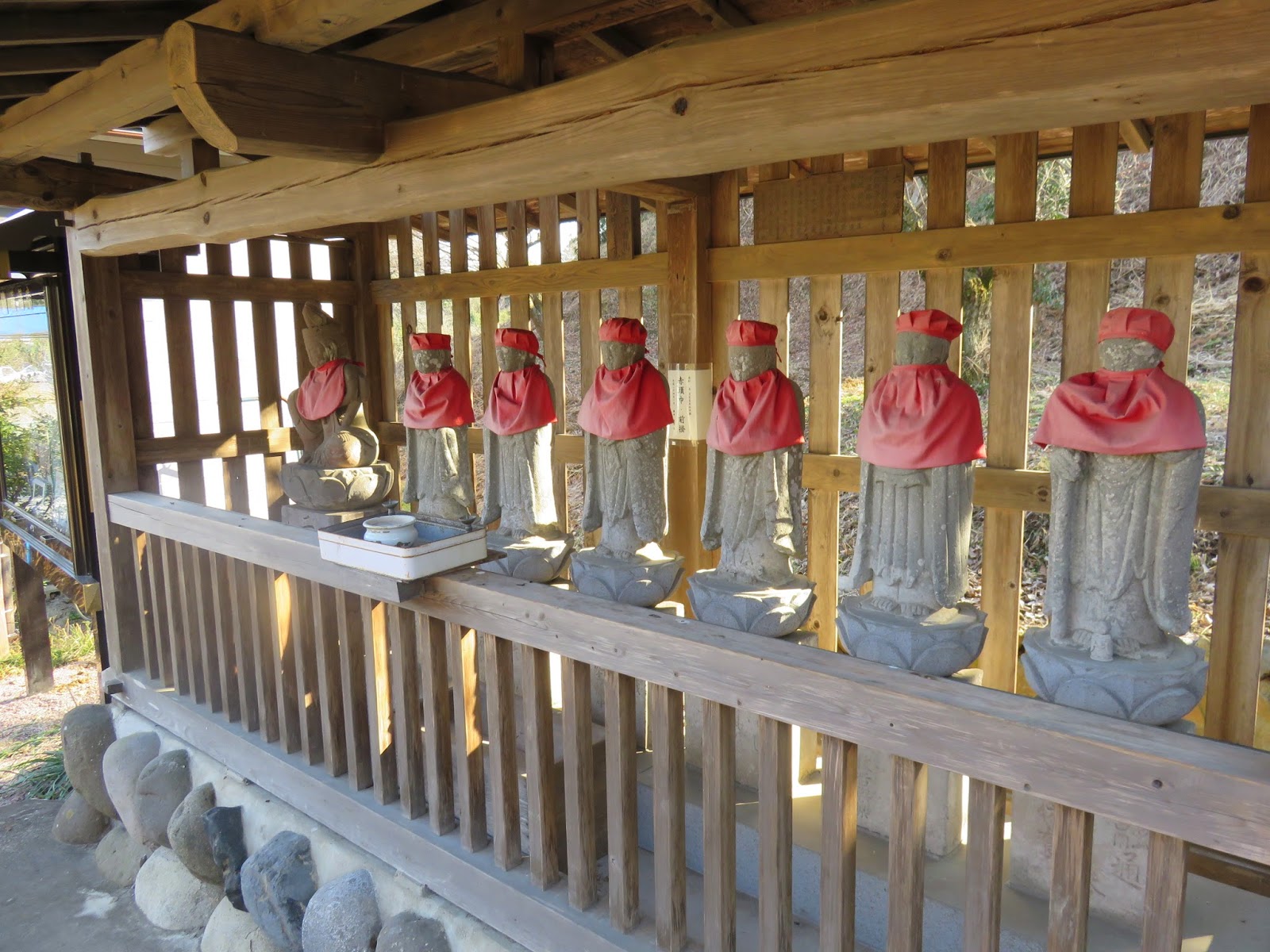 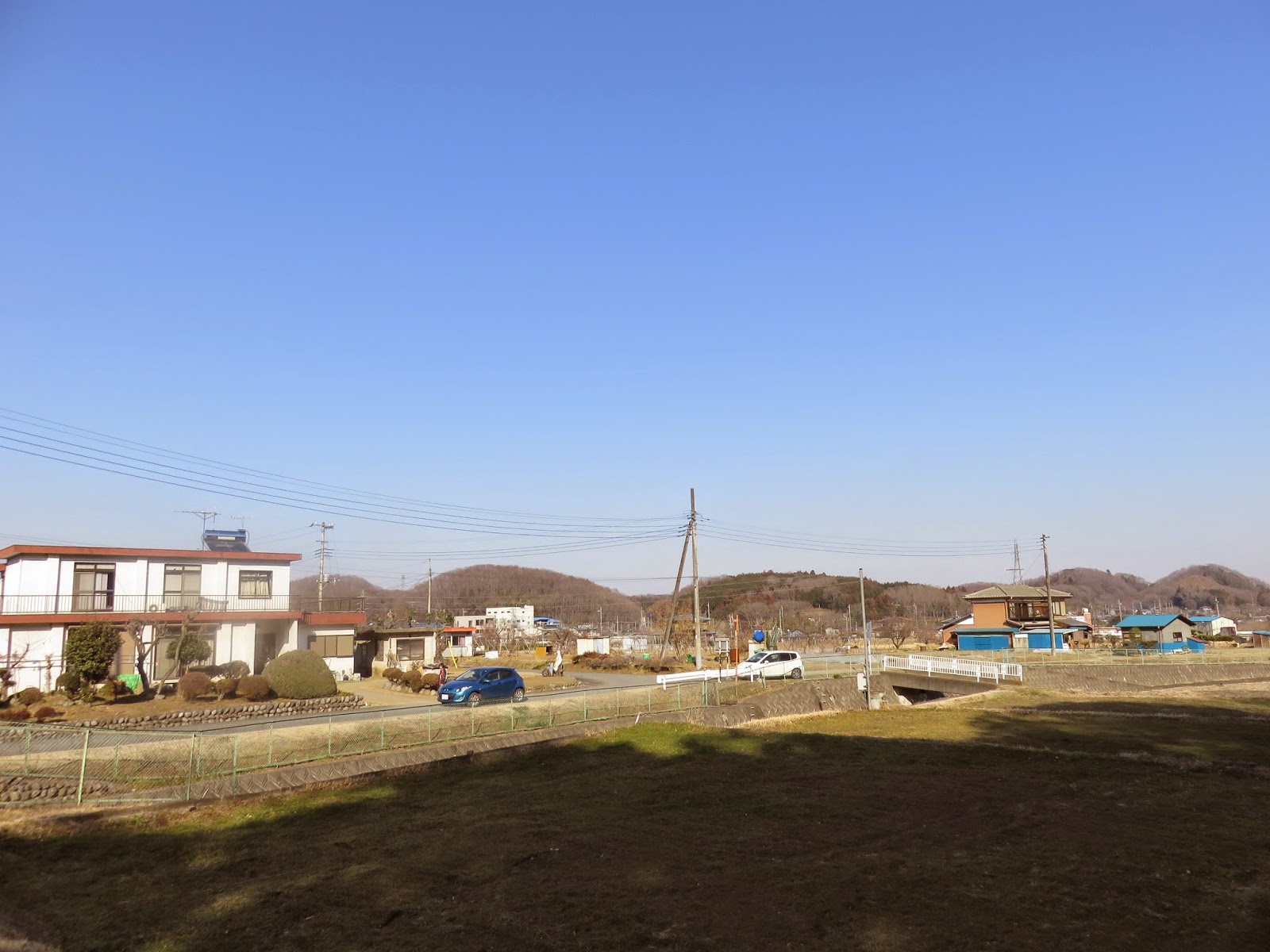 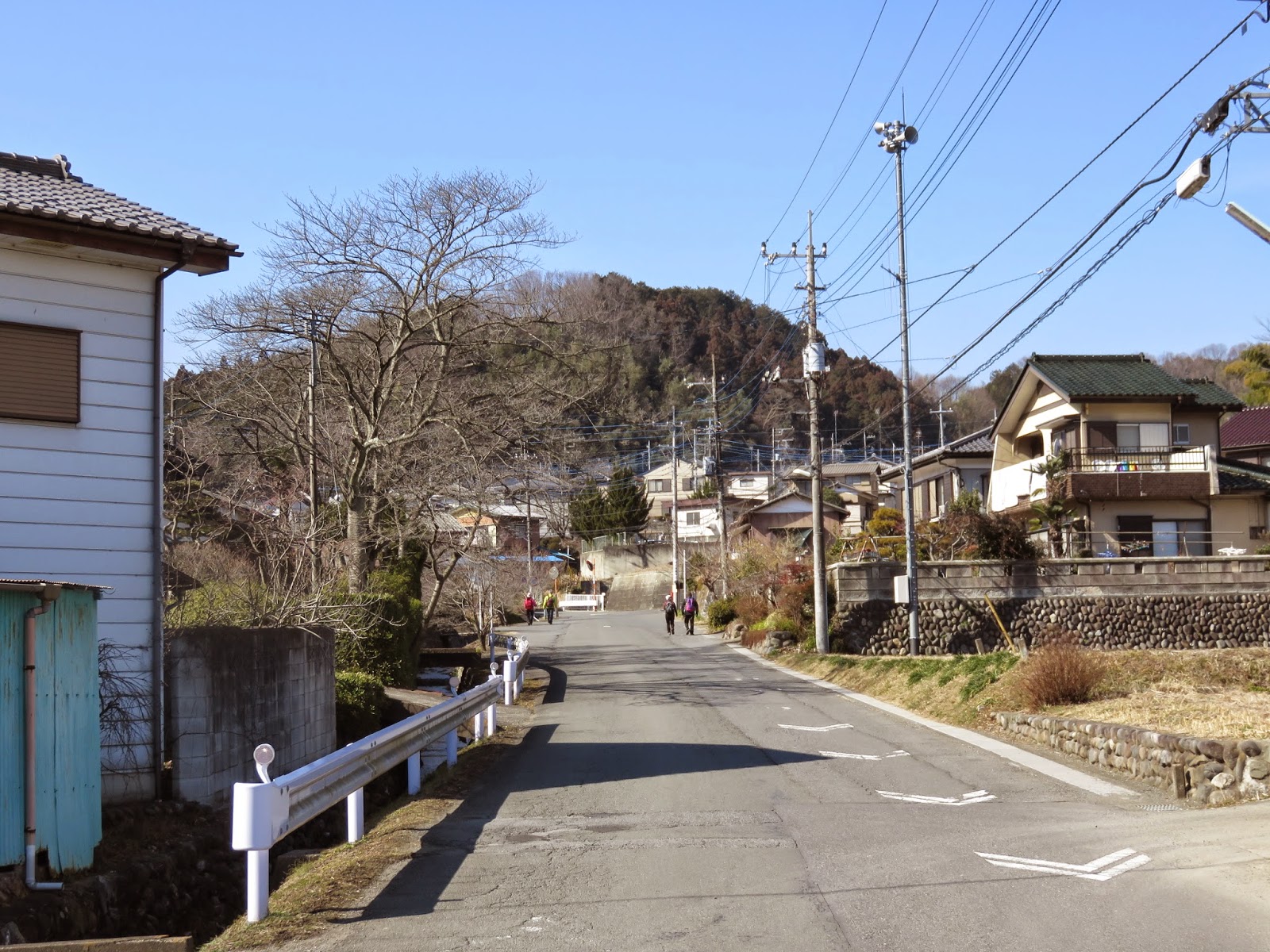 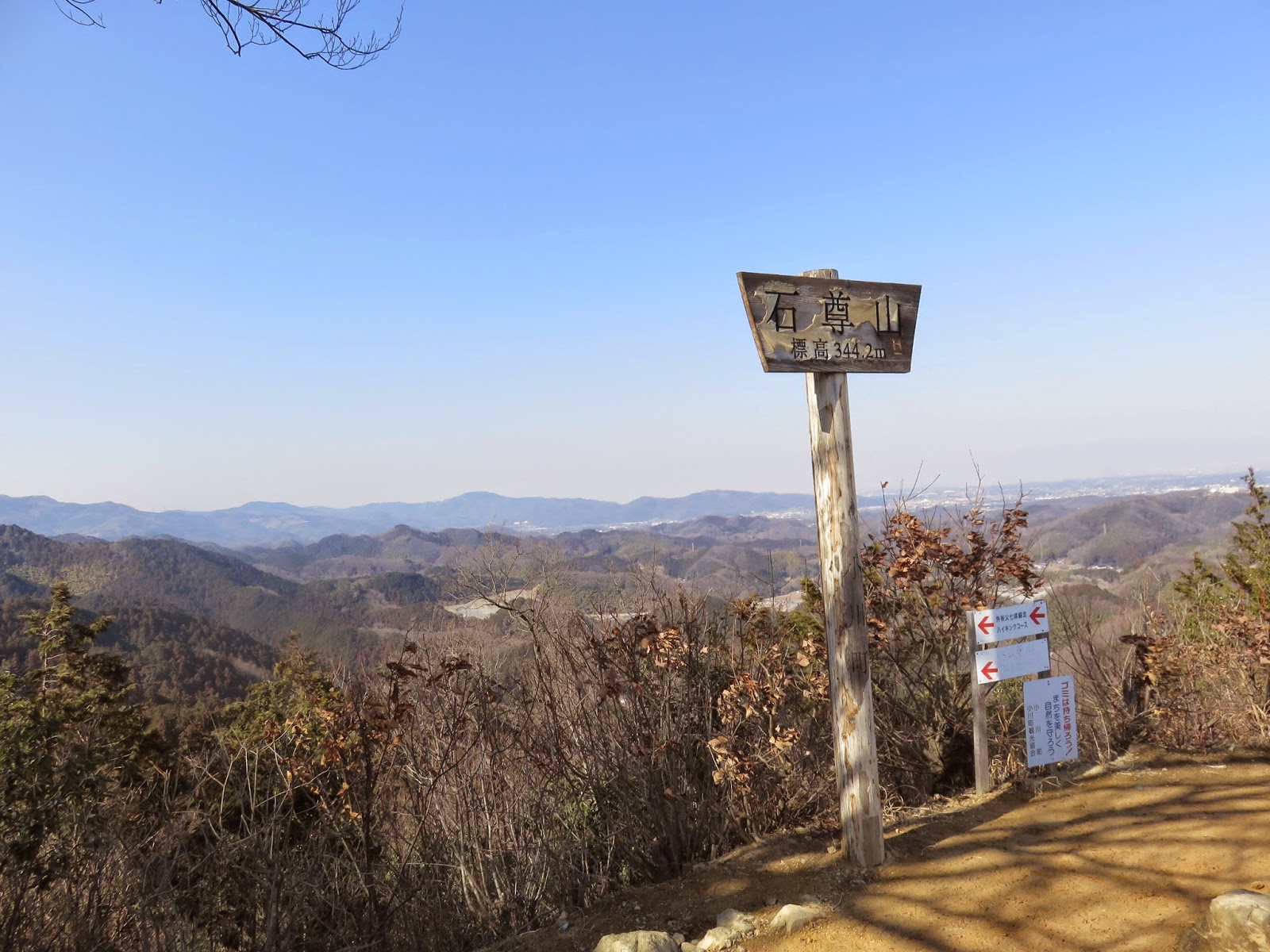 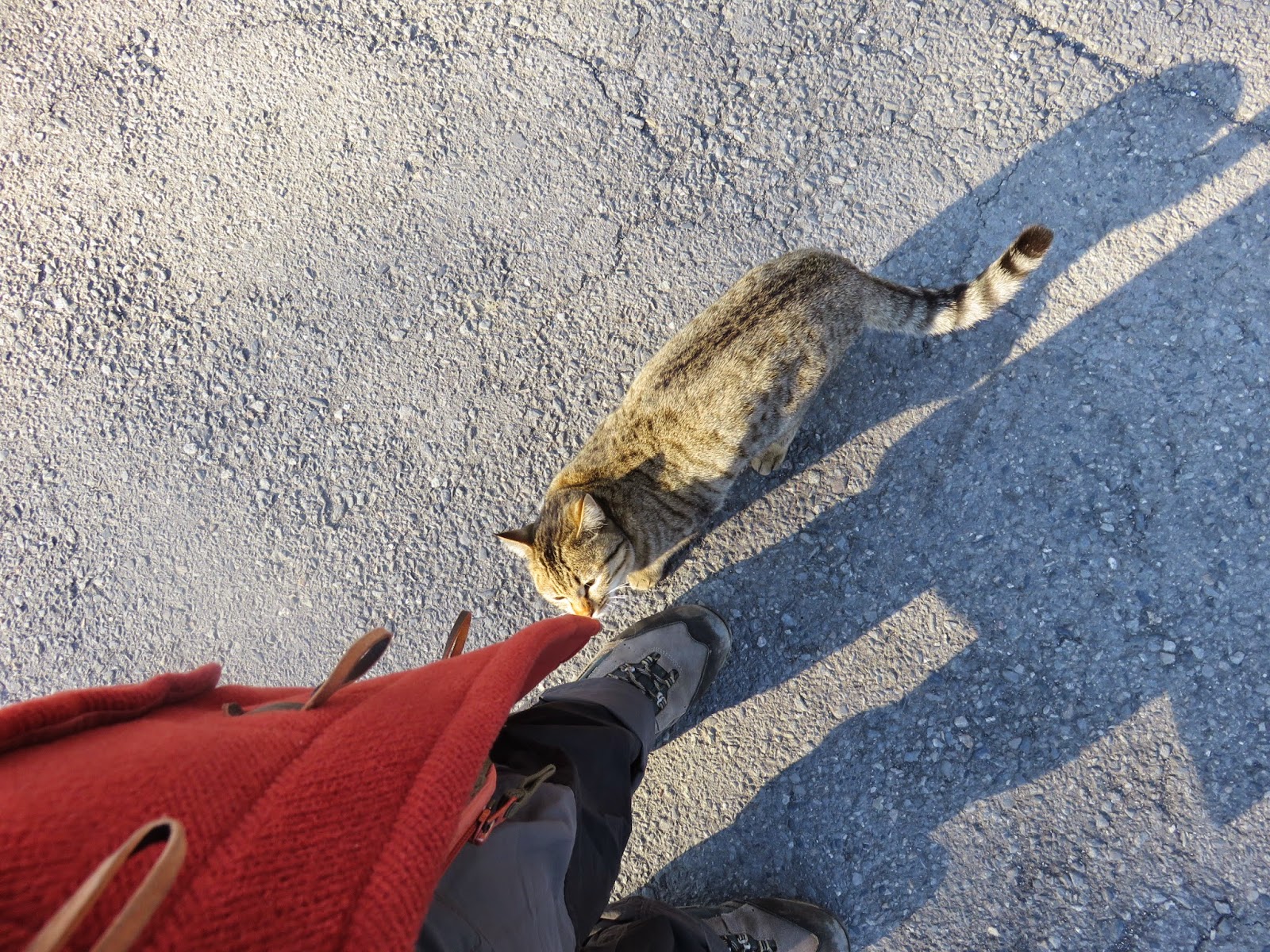 Click the link below for more photos and route guidance.

From the station, go right through the tunnel to come out at the West Exit. Turn left, and follow this road across a railway crossing and the intersection with National Route 299, going straight on all the way. Keep going through a neighbourhood of houses and farms, ignoring any turnoffs. 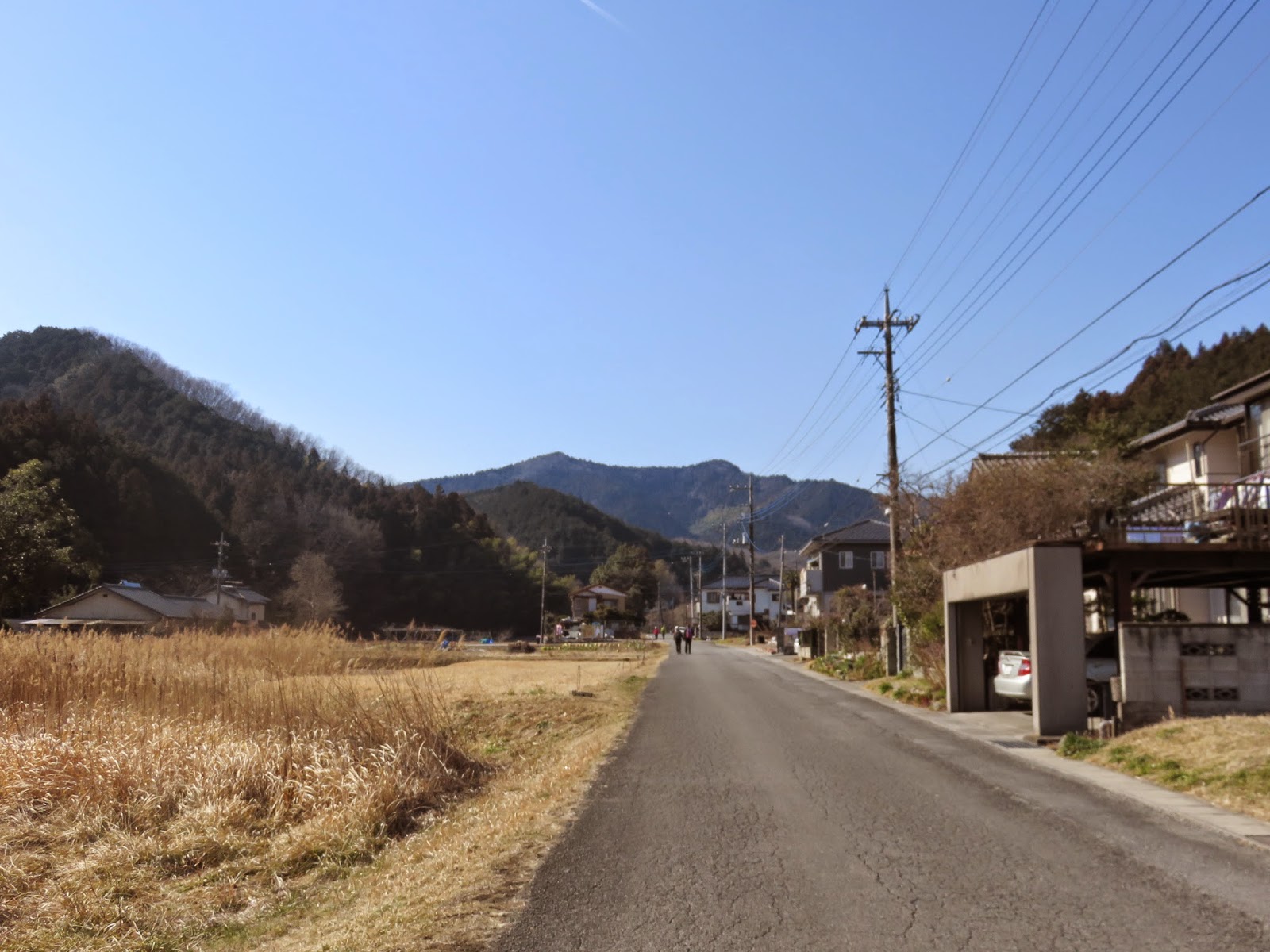 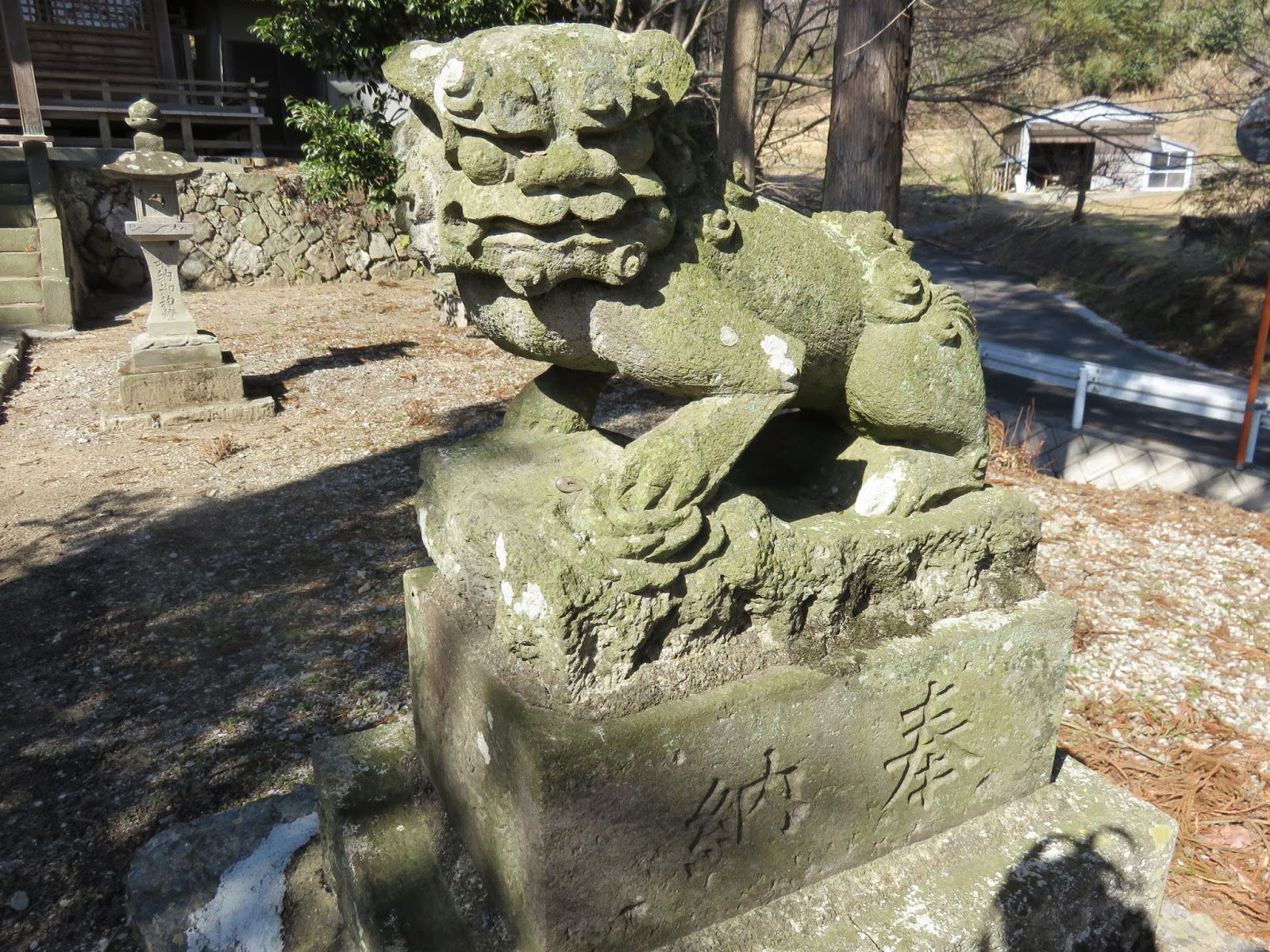 Passing the shrine on your right, follow the road a bit further until a sign to Kannokura-yama directs you left onto an unpaved lane. This goes uphill to Ten'ō-ike (天王池), “pond of the heavenly king”, and the start of the trail up the mountain. 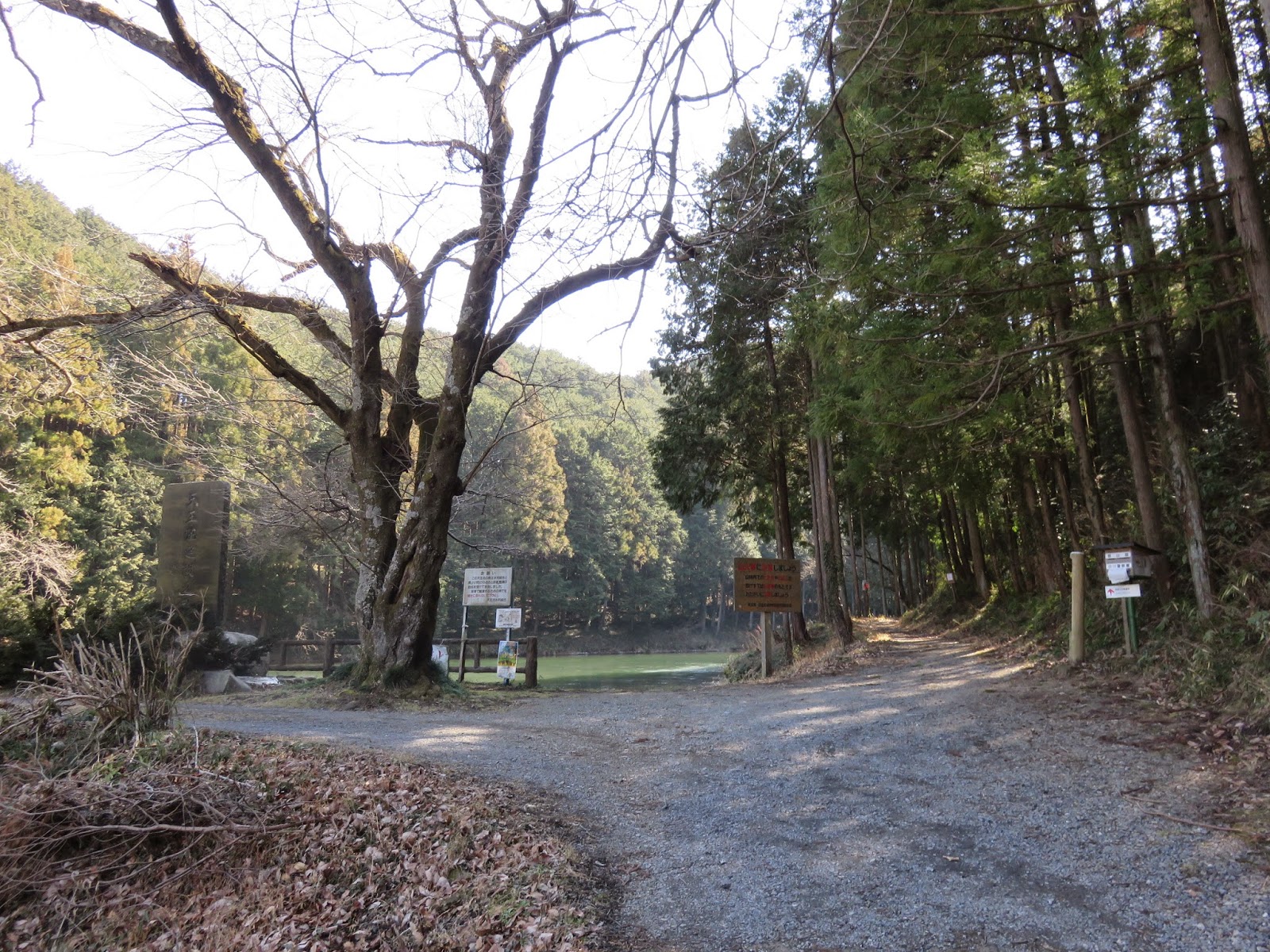 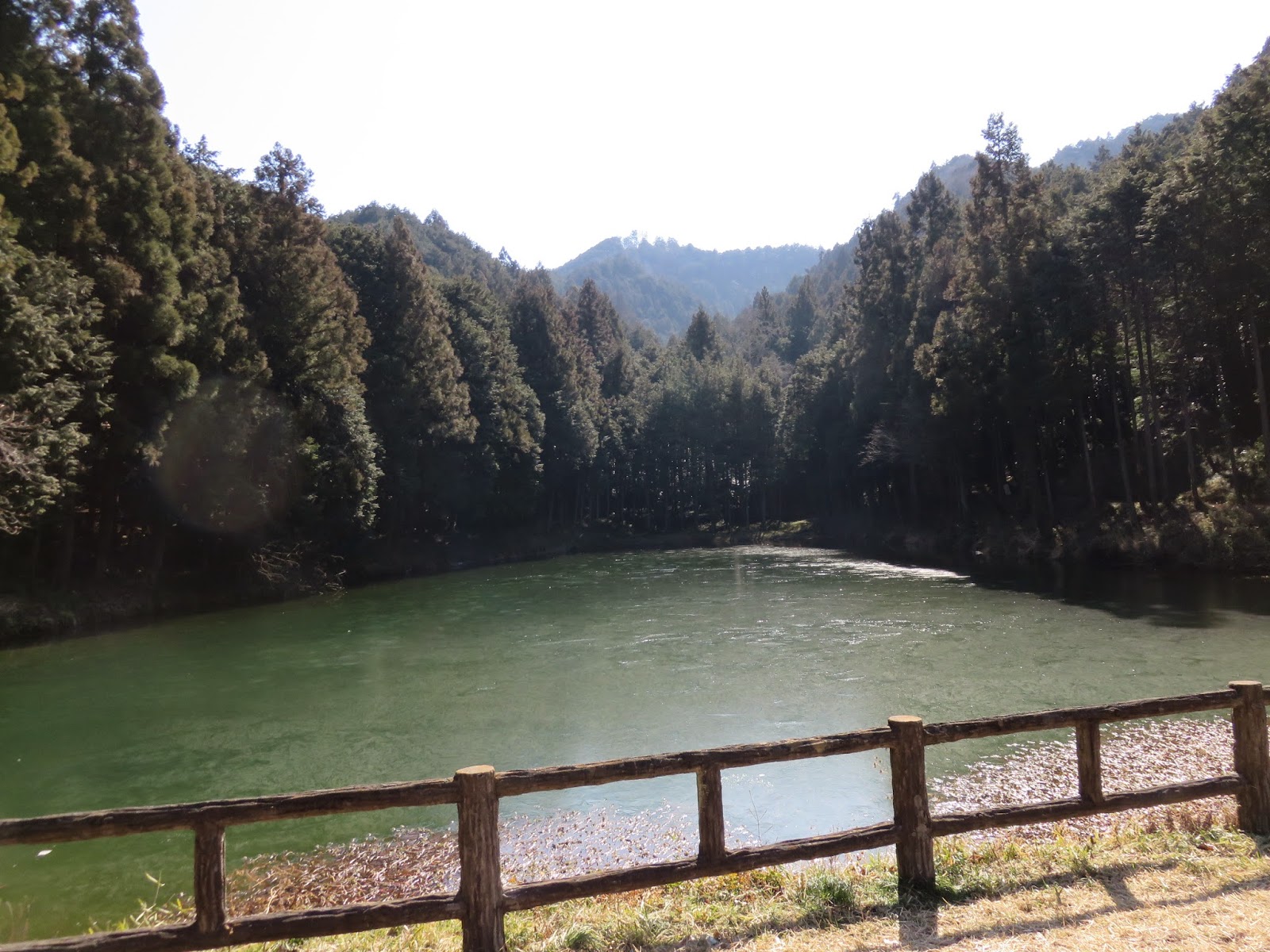 Heading up this section, something very strange happened: some kind of loudspeaker system suddenly sent the strains of Edelweiss reverberating up the valley. This was probably one of the more surreal moments in my Japanese hiking experience.


From here there is a simple climb of about half an hour through the woods. It is not too steep, and you can take as long as you need. Once at the top, turn left for one more short climb to the top of Kannokura-yama (官ノ倉山). 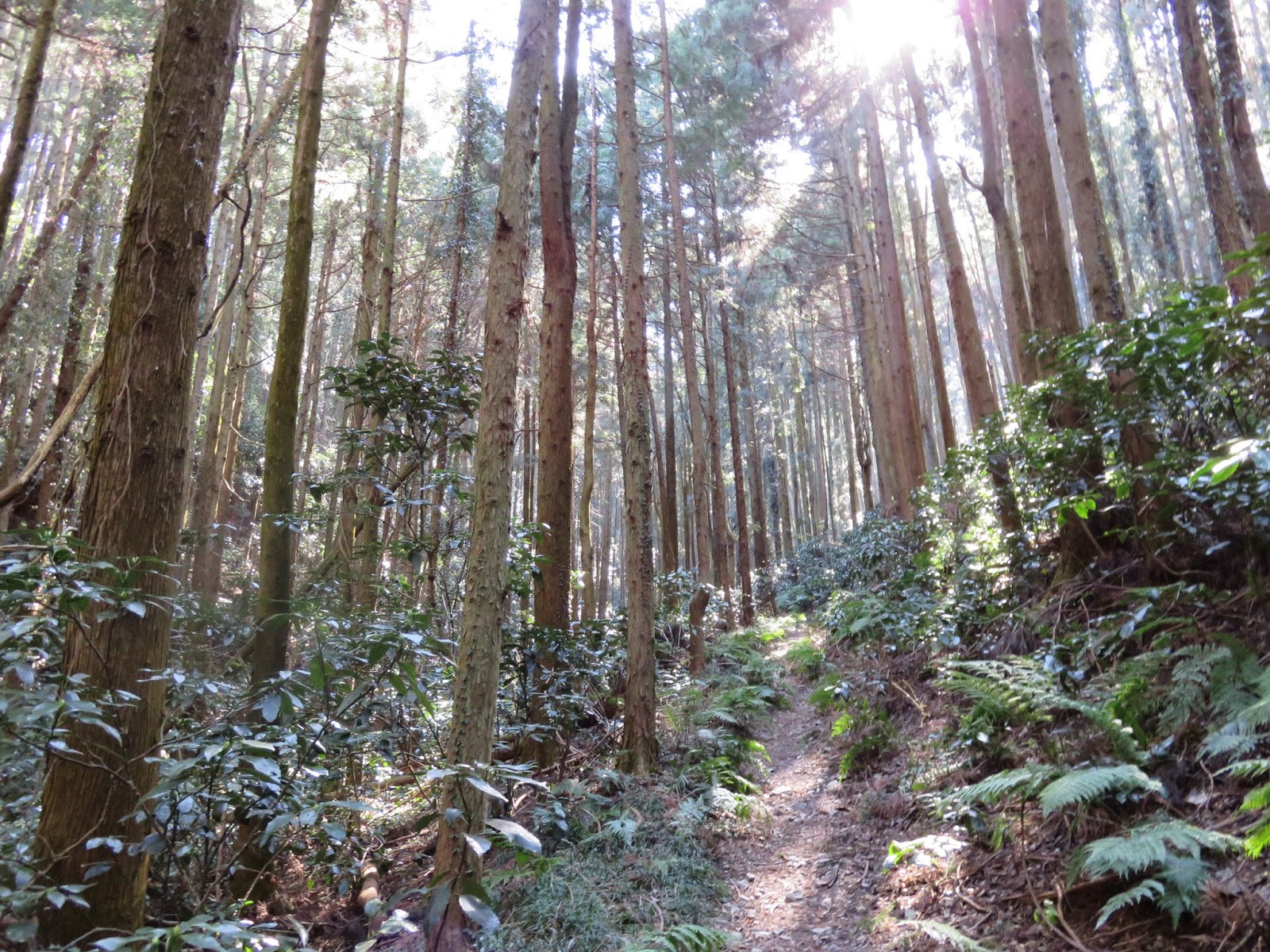 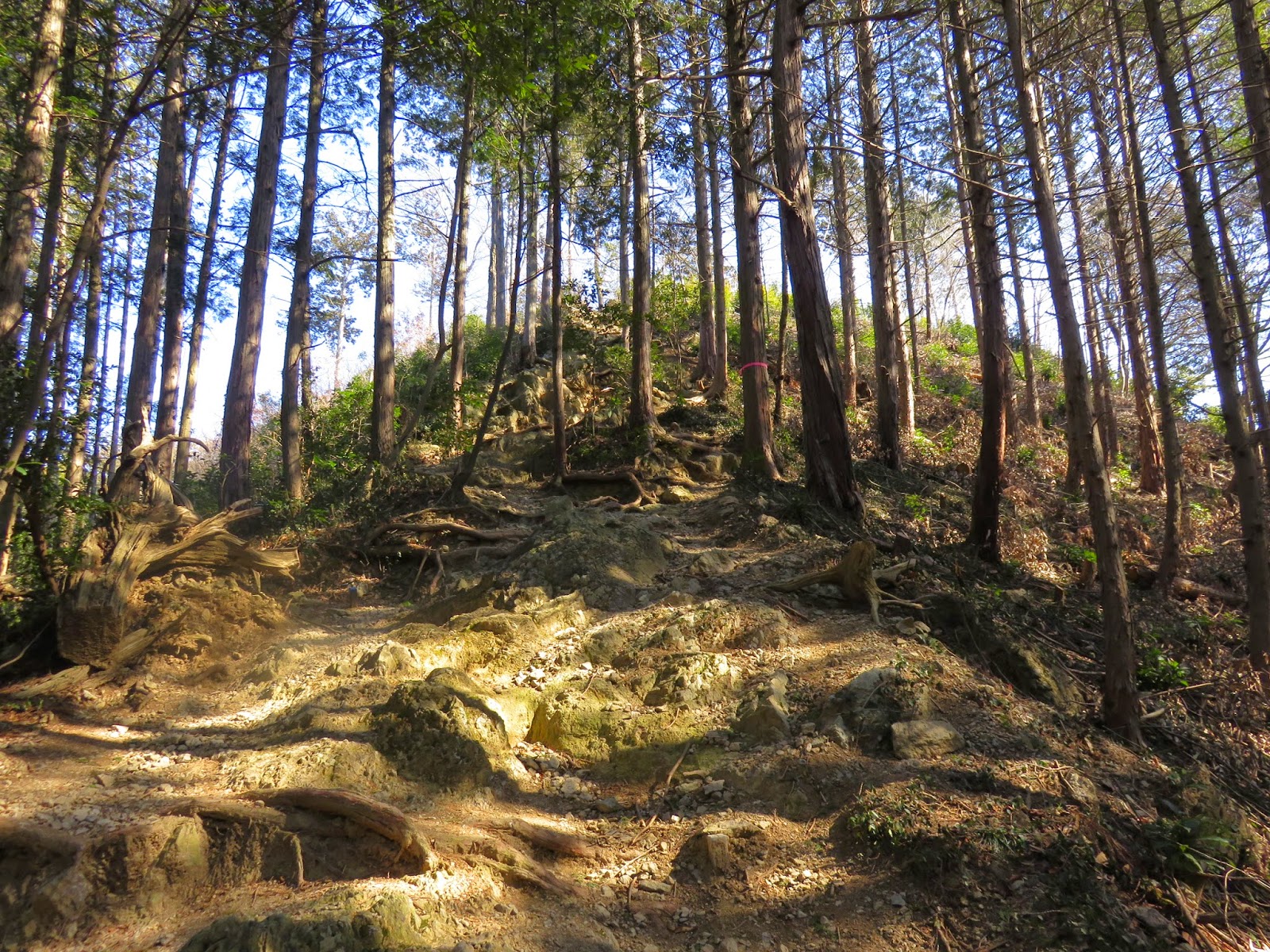 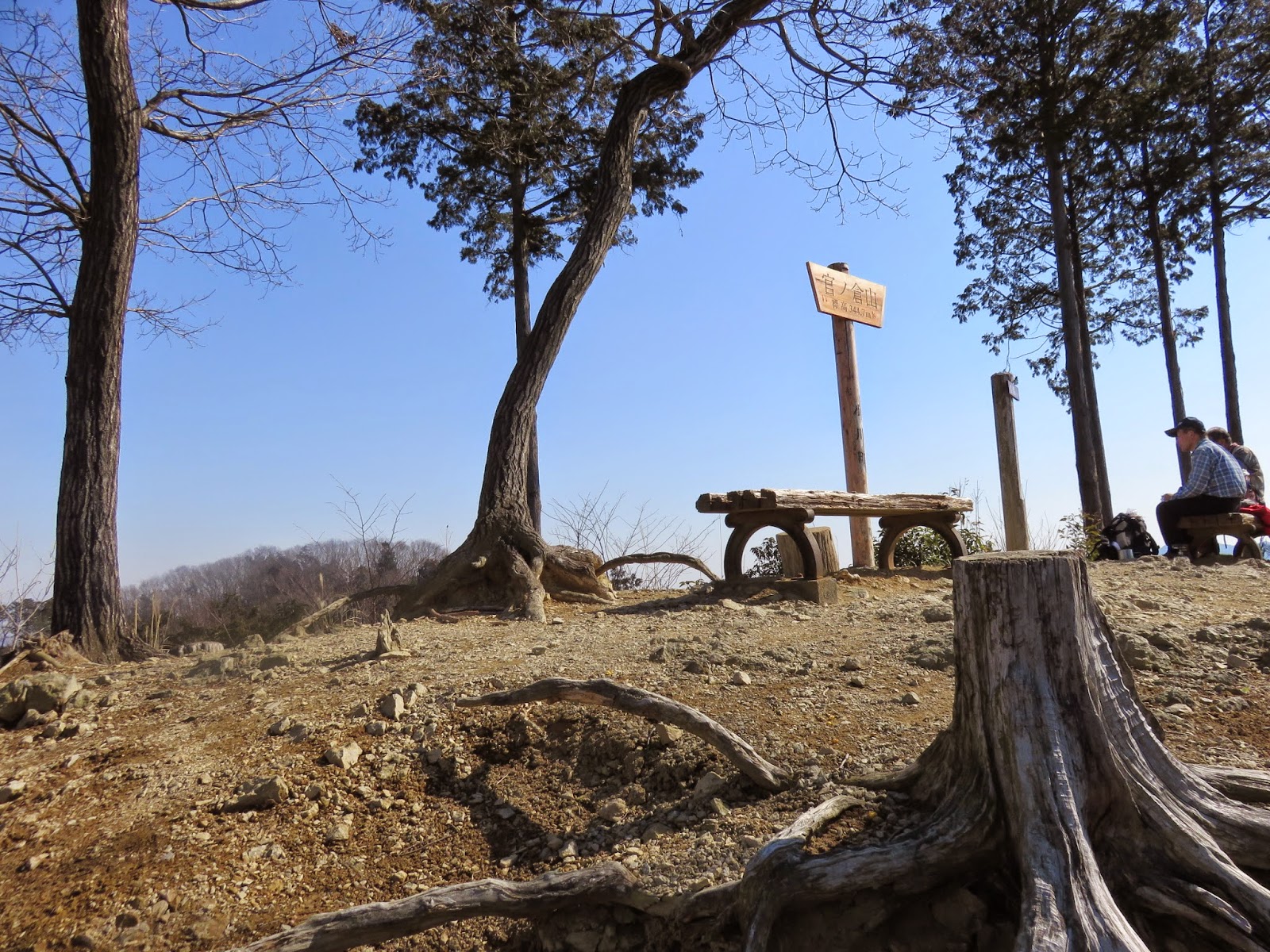 There is a nice view at the summit almost all the way around. In front of you, north, will be the lowland peaks and towns of this part of Saitama, and in the far distance some more formidable mountains up in Gunma. Deeper Chichibu can be glimpsed behind you. 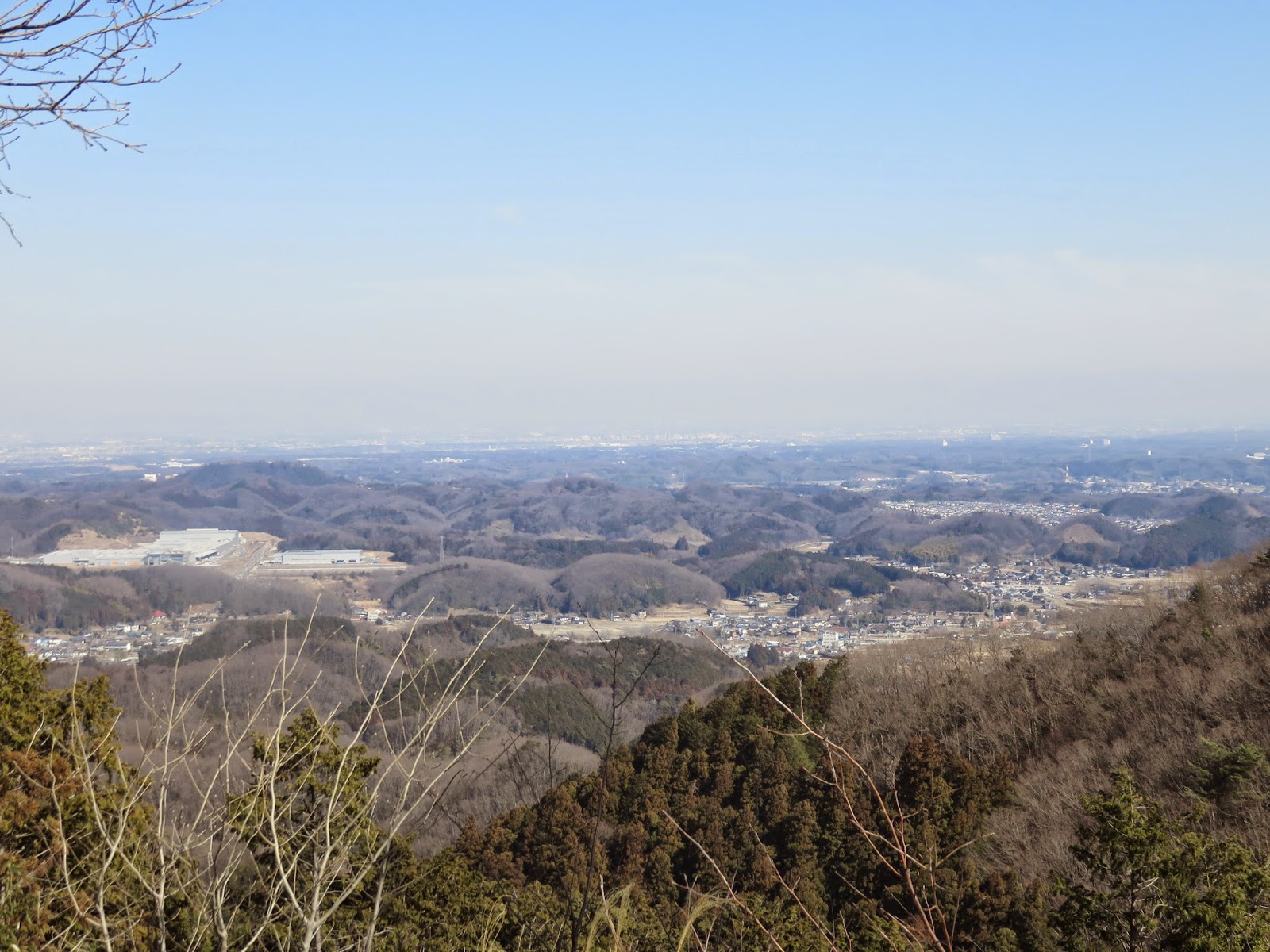 If you look to the right, you will see that the other little mountain here, Sekison-san (石尊山), is just next door. Descend towards it and bear left; it is only a few minutes away. It offers a similar range of vistas, only here you can look across Ogawa itself. Note the small shrines here too. 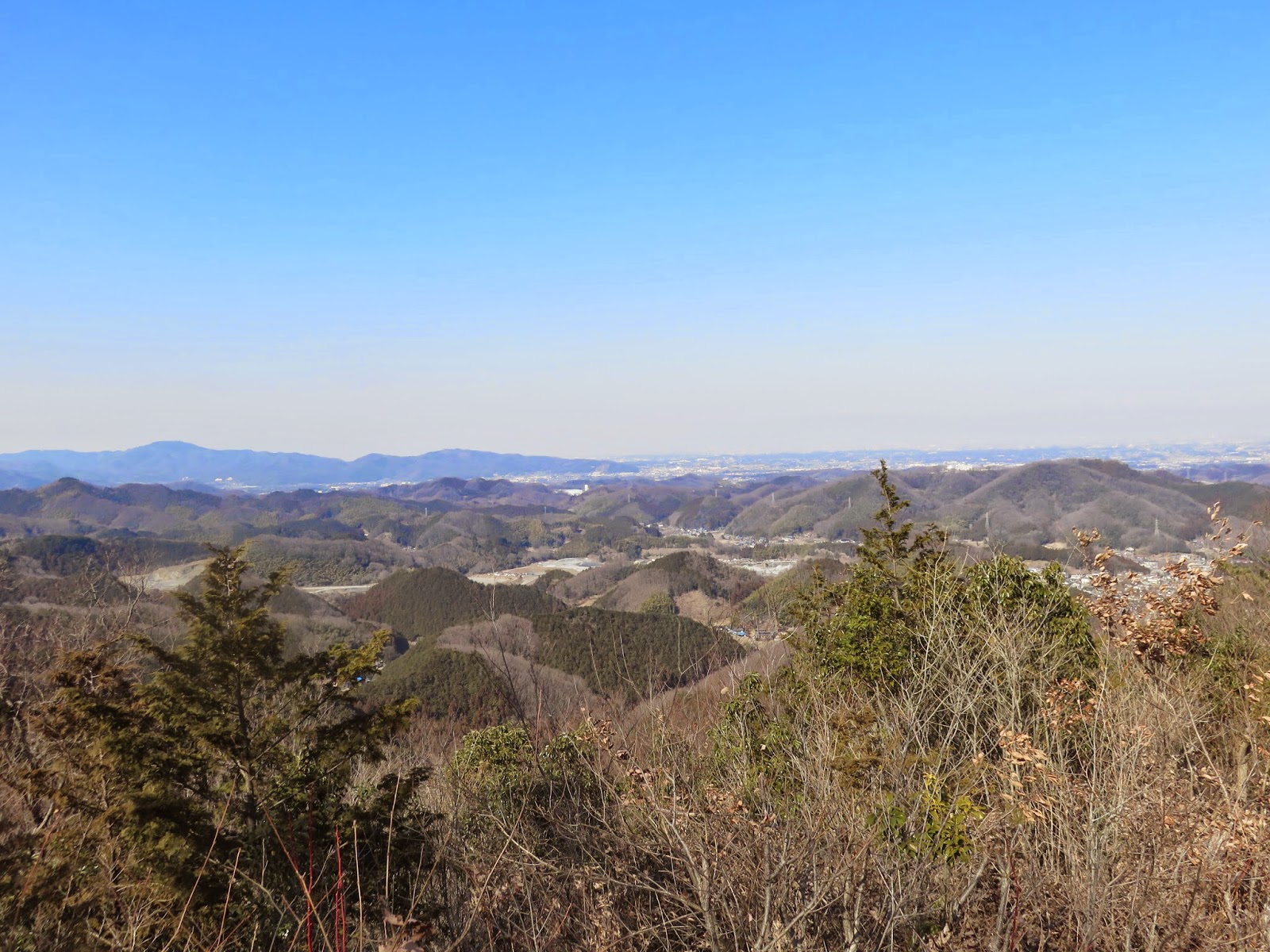 Continuing east, you come to a slightly trickier scramble downhill. It can get steep or gravelly, so take it slow, especially at the part where there is a chain for you to hold onto. Fortunately this is the only real technical challenge of the walk.

Soon after the path evens out again is Kitamuki Fudō (北向不動), a small temple installation in the woods. 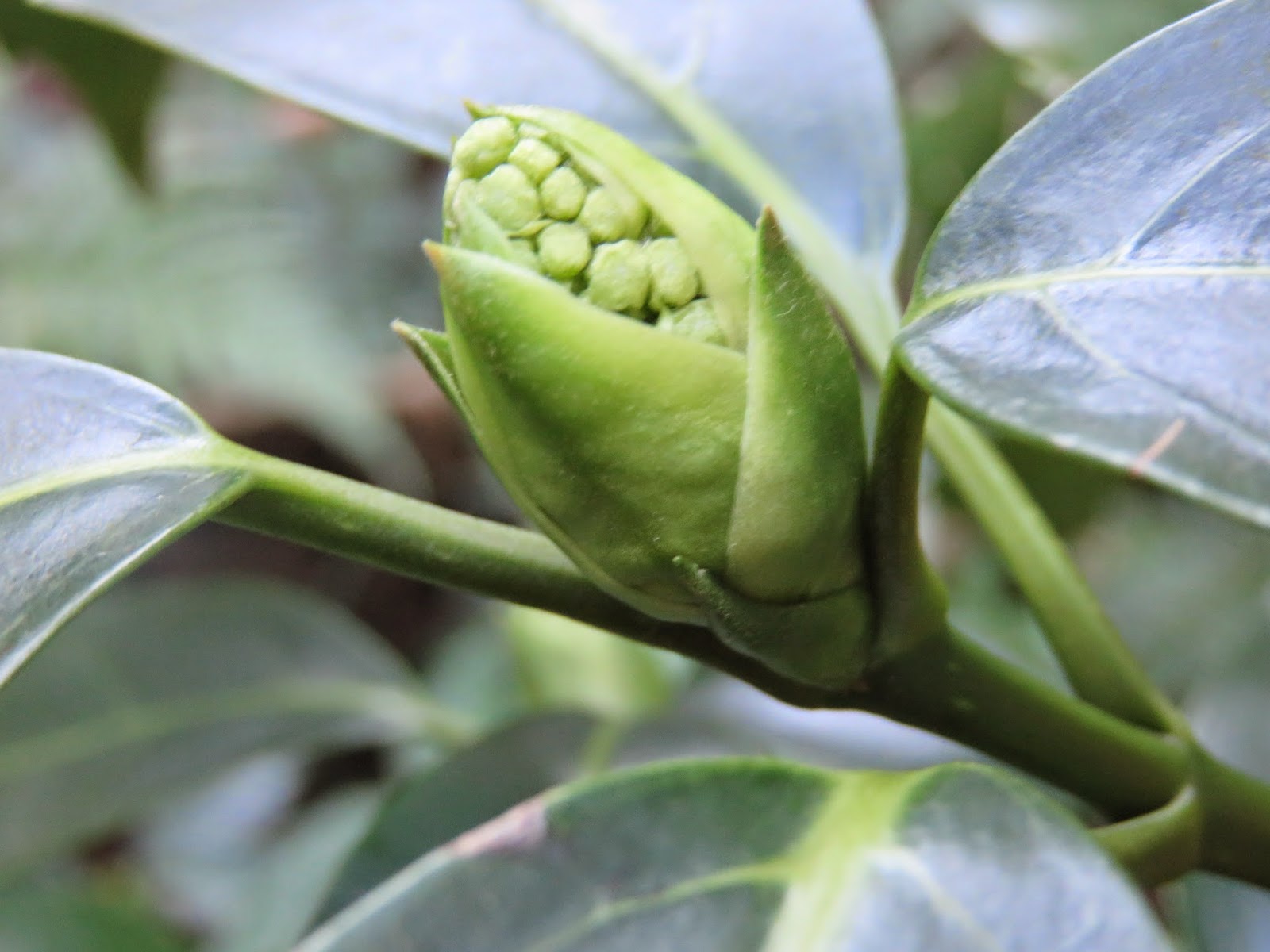 Shortly thereafter the path emerges into the open. There were some major works going on here when I did this walk, but essentially you want to go right off the path, across to the small building in view that is in fact a public toilet. From here you are back on paved road. 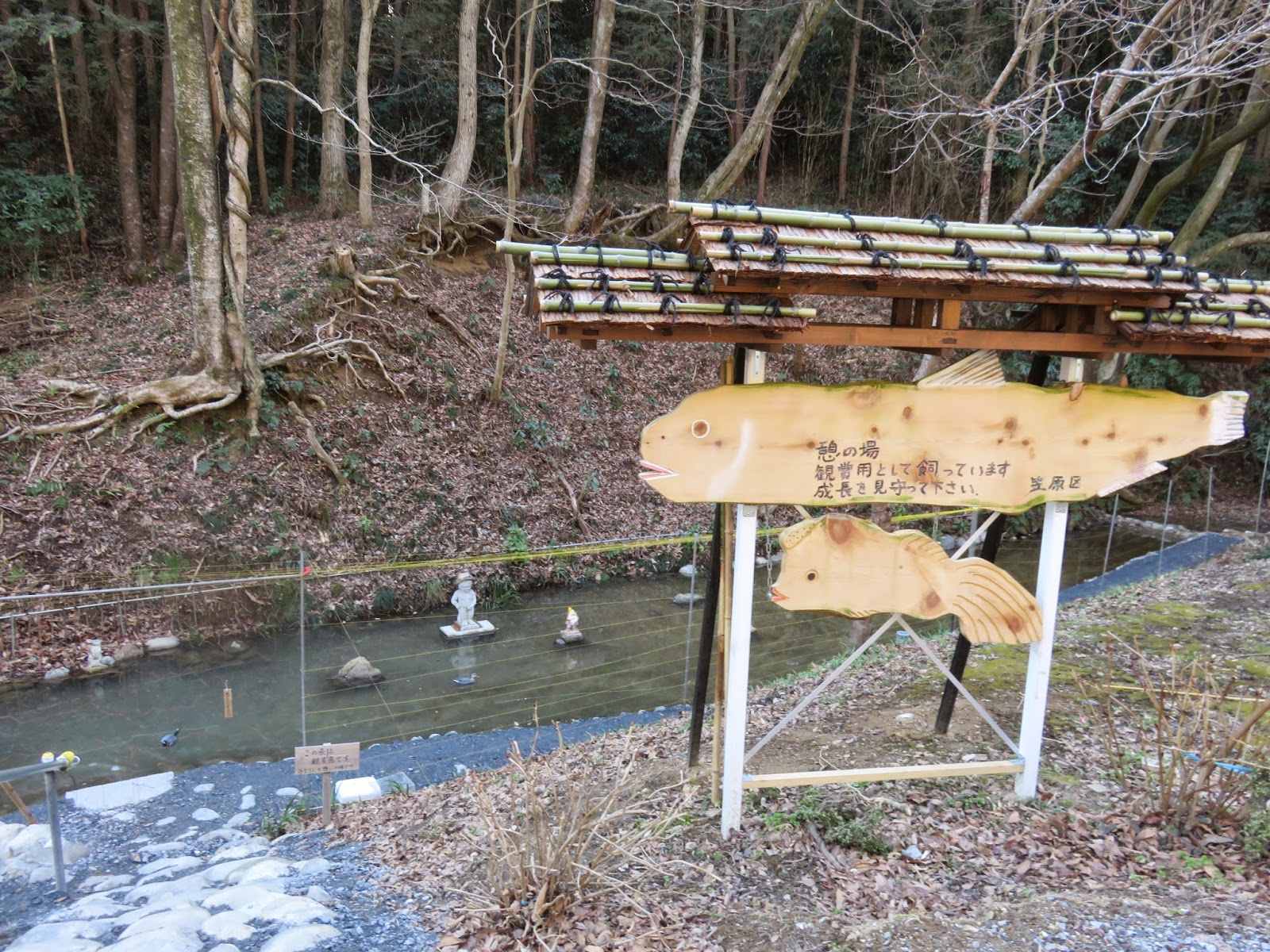 With that you complete the mountain part of the walk, and proceed into the outskirts part. At a two-way fork, turn right as signposted for Chōfuku-ji. Soon after another sign directs you right, across a narrow bridge and onto a dirt path again. Follow this through a pleasant bamboo grove, crossing one paved road before emerging onto another. Turn left onto this and follow it around to the right past the aforementioned temple, Chōfuku-ji (長福時). 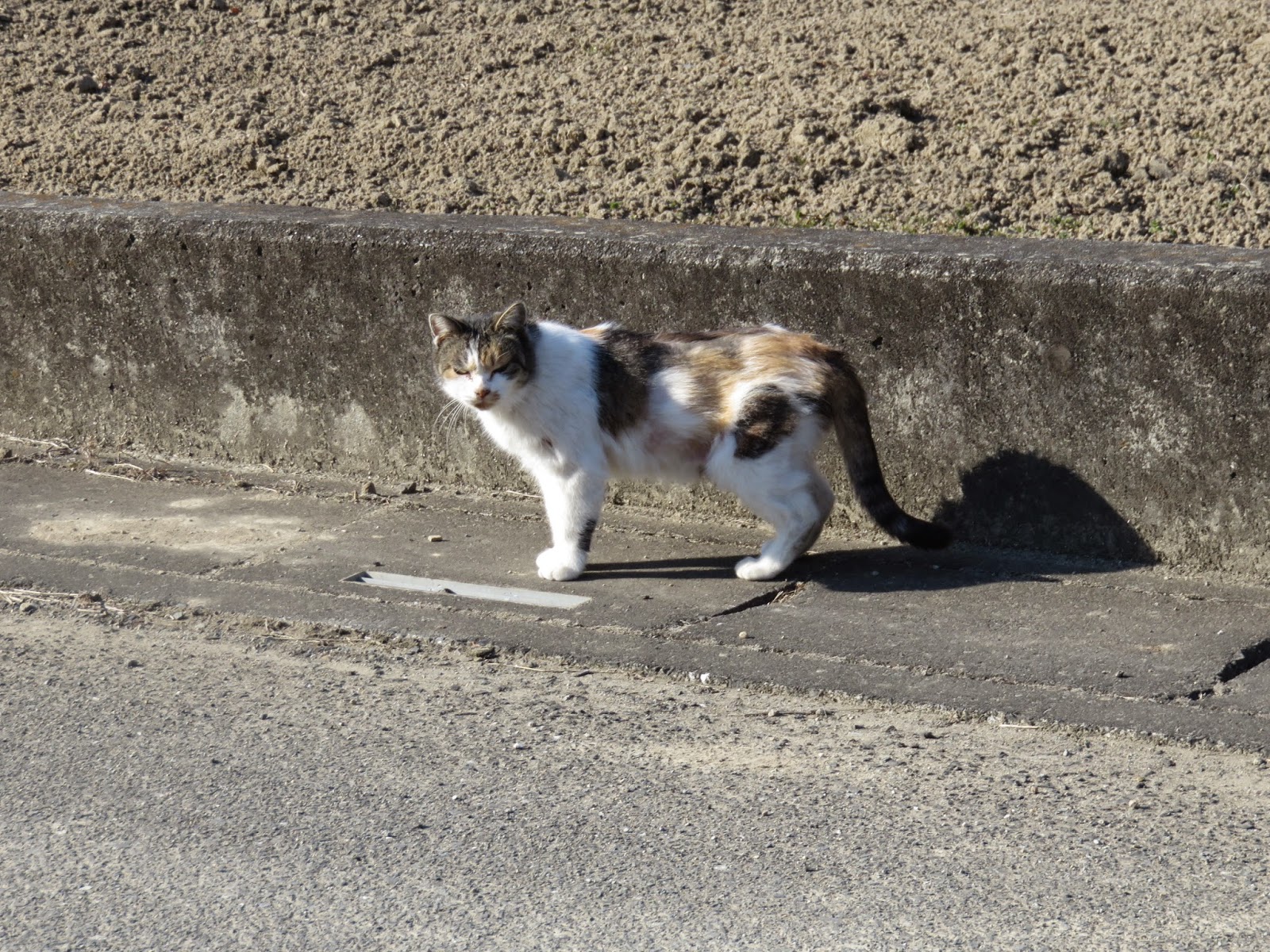 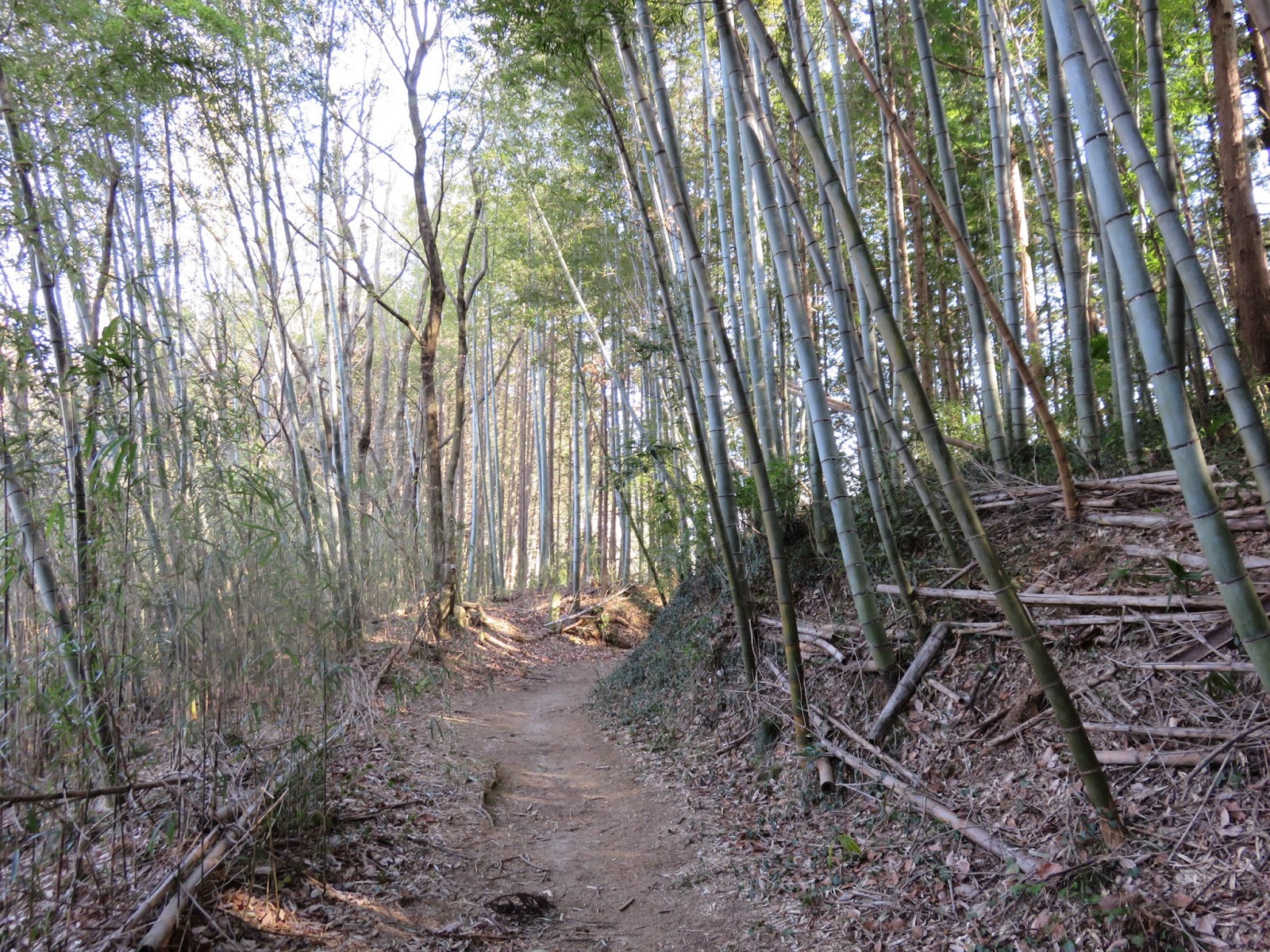 Continuing up the same road, go left across a bridge then right at a T-junction. Across to the left will appear a busier road: turn right as you near it to meet it diagonally, then cross right there and continue up the lane opposite, following the larger road parallel for a bit. The lane will curve away up a hill; stay on it but take the left turn just before it starts to descend again. Along here on the left are the grounds of the Hachiman Shrine (八幡神社) – pop in for a look when you reach the entrance. 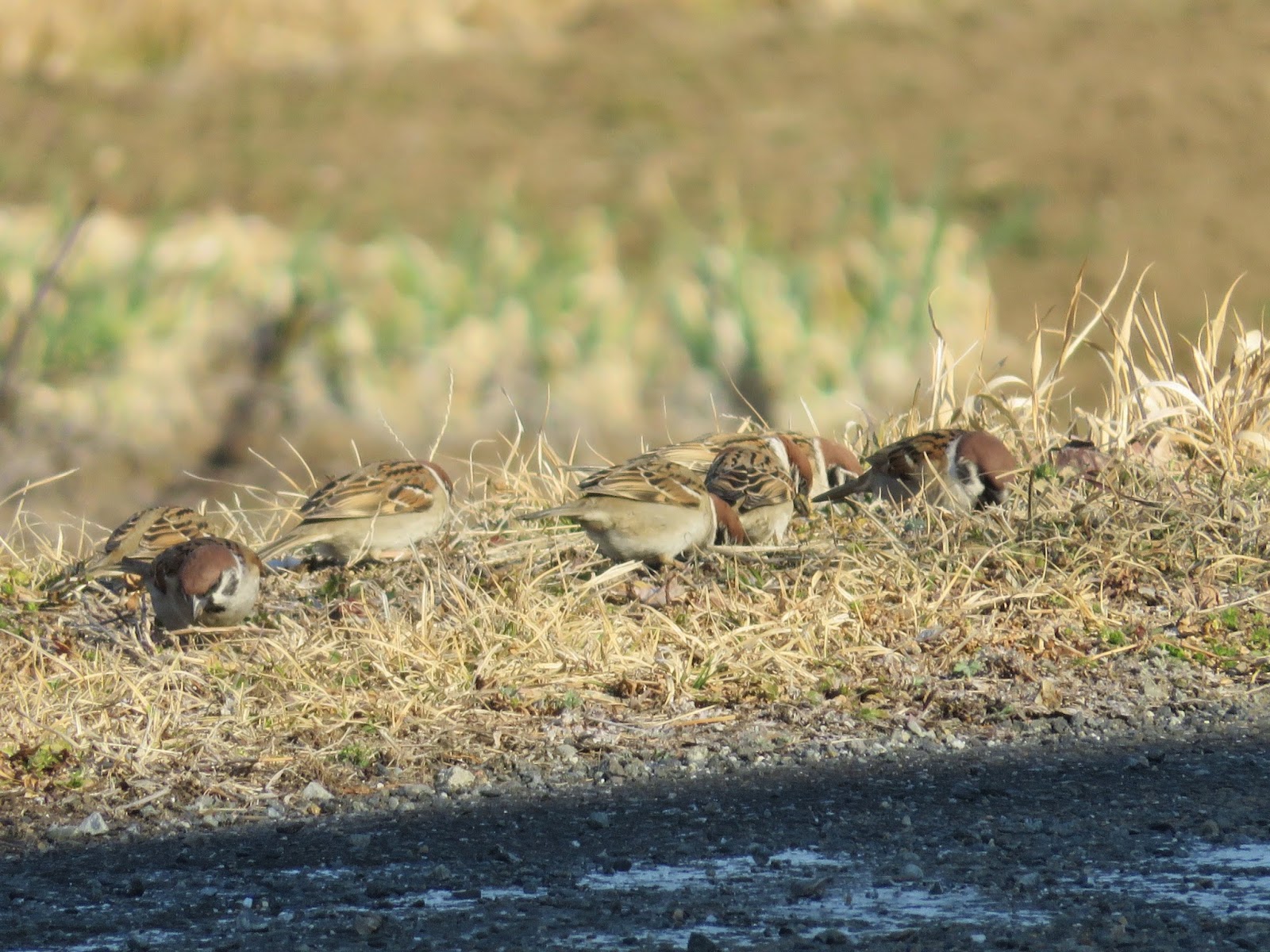 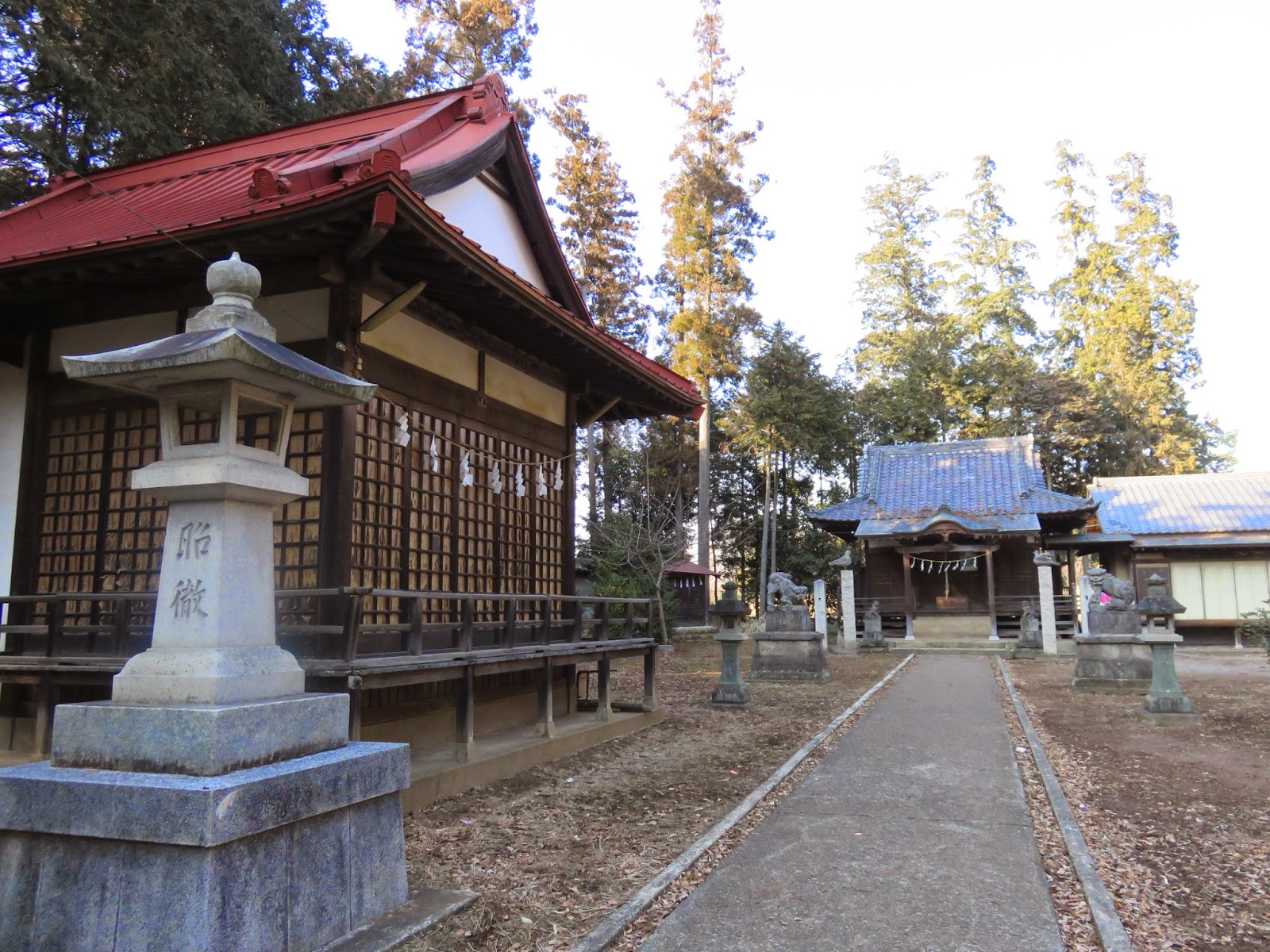 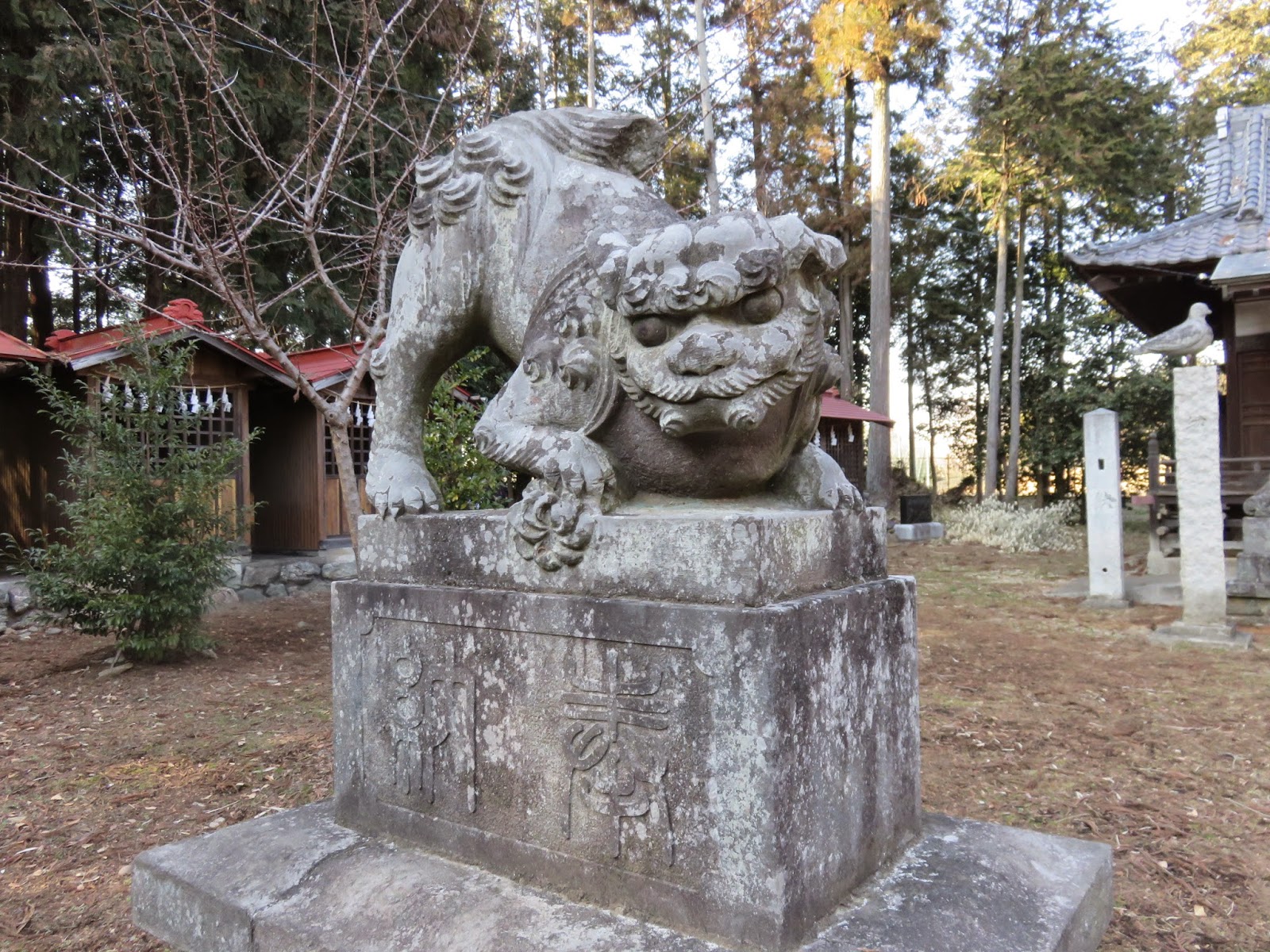 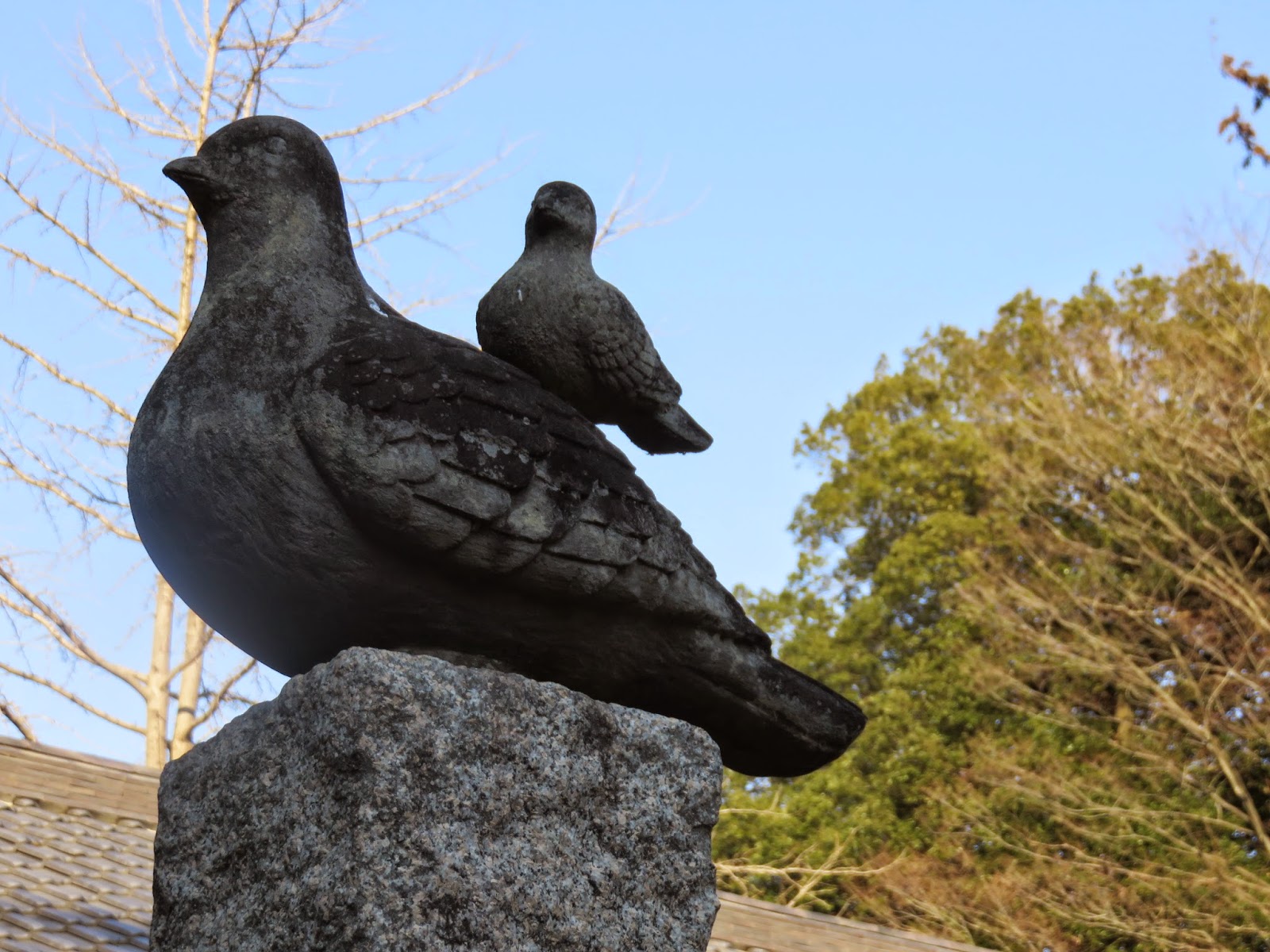 It was around this point that I was approached for investigation by a curious resident. 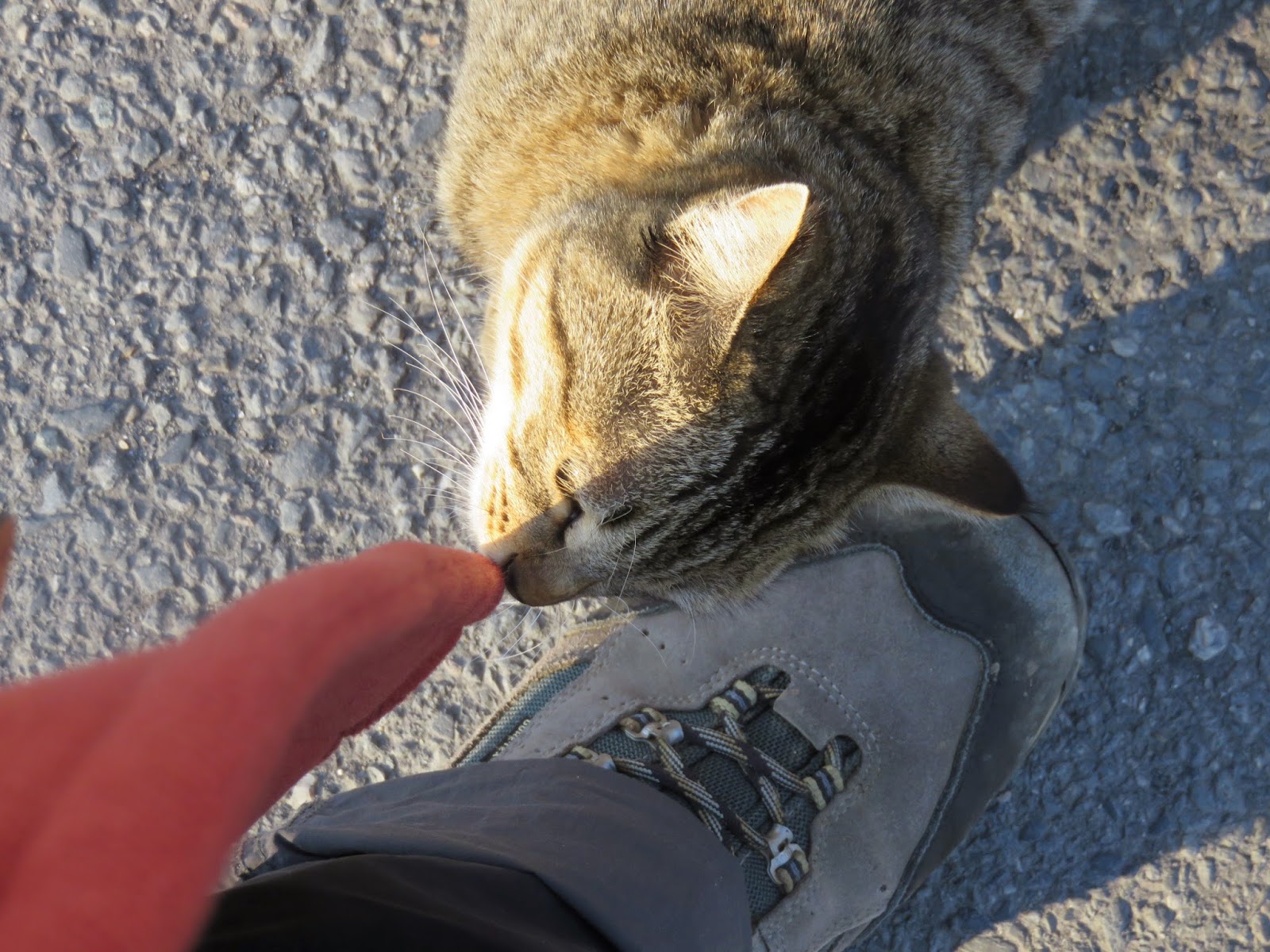 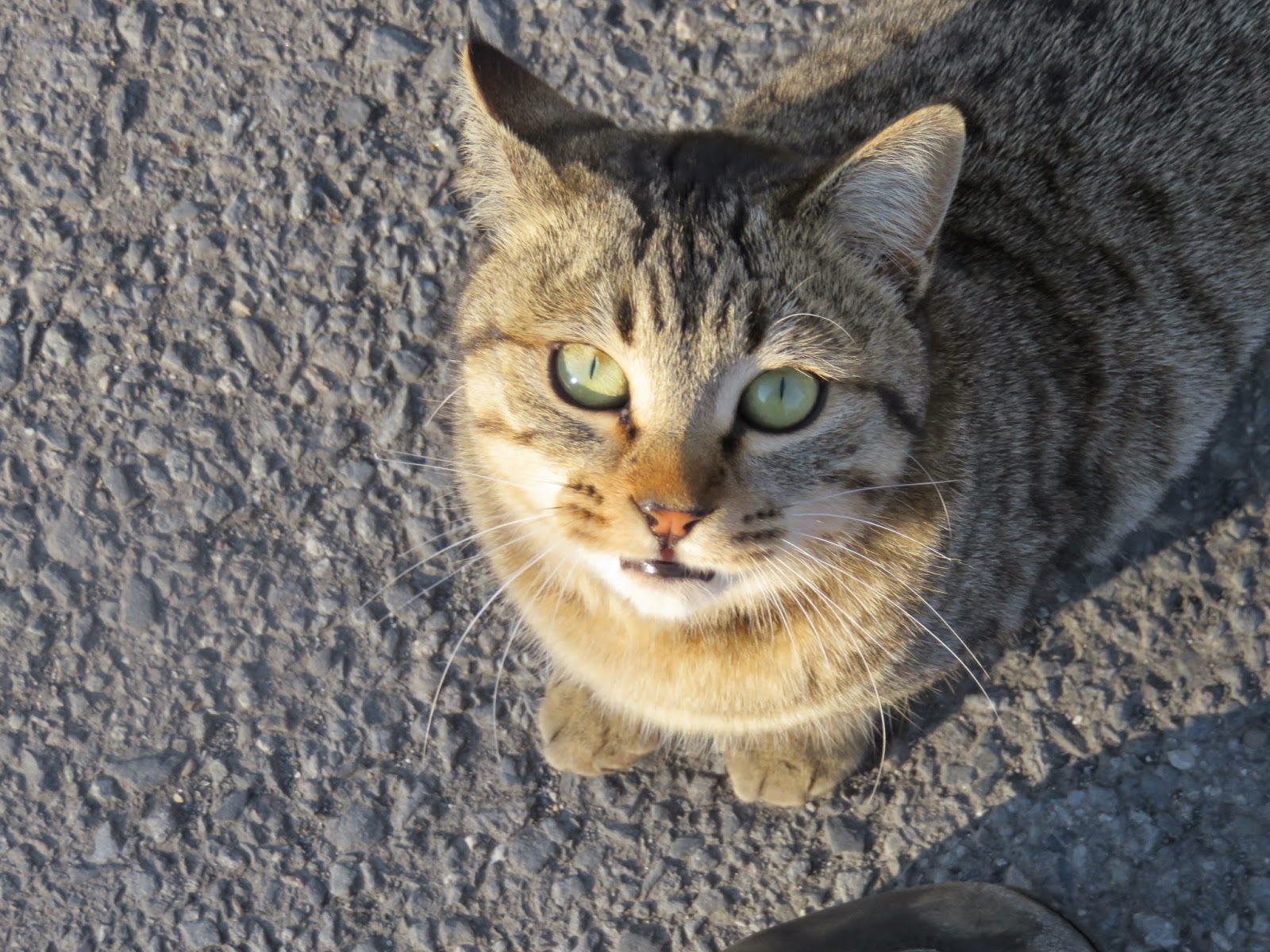 Finally, exit the grounds to the right of the buildings, at a right-angle from where you entered. There should be a long straight road stretching ahead of you: follow this all the way, through a large torii then curving downhill. Turn right at the bottom and head on till you come to the Seiun Brewery (晴雲酒造) on the left, identifiable from its red brick tower. Turn left after it, heading on through the first traffic lights then turning left afterwards onto Ogawa's main shopping street. There are some nice and interesting shops along here to explore if you wish, but when you are done, Ogawamachi station (小川町駅) awaits at the end.


For one last bonus, turn left once you come to the station area and go to the left corner. You can enter the shop there and purchase some tasty and relatively nutritious doughnuts made of okara, or lees, the residue from tofu production.
Posted by Chaobang at 07:33