Skeletons All The Way Down: why the EU matters

Of late, the Cameron regime in the UK has been playing what looks a dangerous game, but on closer inspection is positively bloodcurdling.

In his speech on 23 January, the prime minister declared his intent, should the Conservative Party be re-elected, to re-negotiate the terms of Britain's membership of the EU – and to put that very membership on the line in an 'in or out' referendum. This comes amidst a certain modern tradition, of condemning the EU for eating too far into British sovereigty – particularly on workers' rights, social policy, the environment and crime – with two cabinet ministers, including Chancellor Osborne, the architect of Britain's austerity programme, having spoken with staggering casualness about marching Britian for the exit unless the EU 'changes'.

The threat, now politically manifest, seems simple. Reduce the power of the EU; return that power either to all member states, or if not, then to Britain exclusively; otherwise, Britain may leave.

Why is this not merely a problem, but bloodcurdling?

Not merely because it does not represent political sense, economic sense or plain common sense for the UK, its people, and its relationships with its European neighbours.

Not merely because it has alarmed the opposition, the Americans, and even veterans in Mr. Cameron's own party.

Not even merely because the Conservative Party's appalling human rights record puts Britain in foremost need of the EU's judicial intervention, to check the Cameron regime's excesses against its people.

One might wonder what the fuss is about. The EU has fallen into miserable times: the apparatus of cruelty that is British austerity reflects a wider trend that takes its toll on populations across the European continent. Old divisions resurface, between and within these countries; new ones emerge; the sharing of pains between them becomes a disguise for the stronger imposing their interests or ideologies to the detriment of the weaker; genuine human solidarity across their borders is often found illusory; and then in what may be the foremost indicator that not all is well, it receives the Nobel Peace Prize. There are questions indeed, about both the sustainability of the EU and what any country gets from being part of it.

They are the wrong questions. The right questions look more like this. 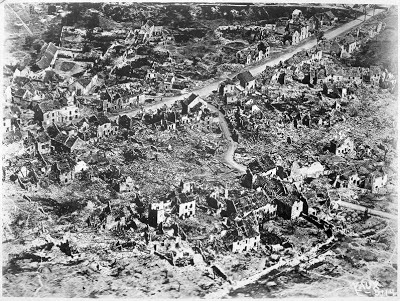 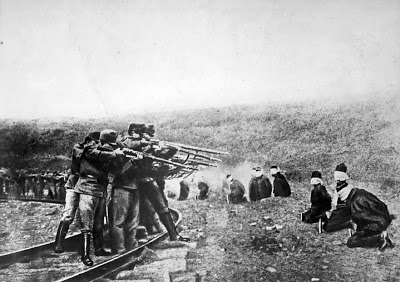 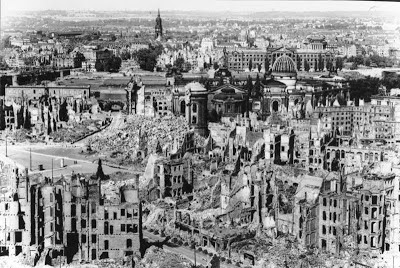 That is to say, those are not so much problems with the EU, as problems with Europe, and some of the people in it. When I use adjectives like 'bloodcurdling' and 'harrowing' in here, these are not exaggerations. To anyone in their seventies or over, conditions in Europe now should carry echoes of a chilling familiarity.


See, for all the crudulences and crapitudes that constitute the EU's current problems; for all the mistakes, the bad attitudes, the imbalances, the spectacular miscalculations on the relationships that make it up; we should remember what the EU actually is. In the historical record, the European peoples have basically had two choices about what to be. One choice has been the EU. The other, in a near-uninterrupted cycle since time immemorial, has been hell.

All those images above are from Europe in the last hundred years.And they aren't even the worst part. The worst part about Europe Getting It Wrong is not just violent conflict and the slaughter of millions of people. The worst part is how many of those it killed not in honourable combat, but through prejudice, hatred, a delight in coercion for its own sake, and specifically targeting those unable to fight back out of sheer inhuman contempt. And that was the case within the continent alone – to say nothing of colonialism.

Of course, none of these things are unique to Europe. Human societies worldwide have their problems with violence, prejudice, repression and delight in the suffering of others. But Europe has excelled at it. From Westphalia in 1648, to Paris in 1815, to Versailles in 1919, European societies looked upon the corpse-strewn debris they'd left in their wake; got together to discuss it; and chose to ressurect themselves in the same image that brought them there: a self-regarding, xenophobic, competitive bunch of states whose national egos and self-glorifying narratives took priority over any level of suffering for the people in them. They brought about both twentieth-century global cataclysms and the Cold War, wherein the US and Soviet Union can be seen as extensions of Europe's civilizations. They genuinely believed that peace was attainable and desirable if built on the misery of those within it, or upon the plunder and exploitation of people outside. In their philosophies and practices and academic disciplines, they established that this was natural; human nature; and so many of them still believe it. 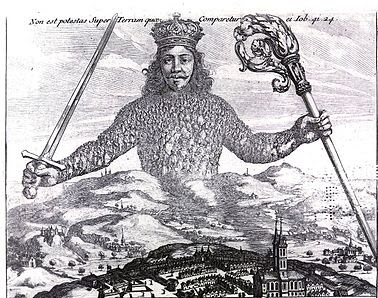 This, and its consequences, are the primary reason the EU exists: to spare Europe from hell. It took devastation and genocidal butchery of unspeakable proportions just to get it that far; to think, maybe it was time to change how European peoples relate to one another. It started with France, Germany and the lands in between – where so much of that hell had occured. It started with the the European Coal and Steel Community – to make the production of those two materials that make weapons no longer competitive, but interdependent. They realized at last that competitive sovereign self-interest, in Europe, means death and calamity, no matter what colours and feathers and labels you dress it in. And though European cooperation has had a rollercoaster of ups and downs since then, it has succeeded, if in nothing else, at remaining just that: European cooperation. Half a century of that is mighty impressive compared to what it replaced.

So in the end, this is nothing to do with national interests or economic confidence or control over one's own affairs. This is about something more important by far, without which all of that means nothing. This is about the choice of what it means to be human: and whether for Europeans, including the British, being human is a good or bad thing for the humans next to you.

Cameron and fellows argue for British sovereignty, but sovereignty is as good or bad as the ethics and the competence of those exercising it. With the current regime in the UK, sovereignty on social policy means misery for the vulnerable, and delight for the elites riding high on that misery. On the environment, it means pushing climate change mitigation to the bottom of the list of concerns when the need for international commitment could not be more critical. On crime, it means putting more people in prison who shouldn't be there, punishing them in crueller ways, and deriving more enjoyment from doing so while encouraging still more ignorance of causes and consequences. Under the current administration and social mood, quite frankly, the less sovereignty Britain keeps hold of the better.

That is not to say the other nations of Europe are any more impressive. Nor will the mere existence or strength of the EU guarantee that Europe doesn't tear itself to bits again in the future. The integrity of European cooperation, even European peace, is under threat from economic duress, the callousness of austerity and the associated collapse in a social ethic of care, embitteredness in the relationships between different peoples, failing trust in the political classes, and worst of all, the resurgence of violent, xenophobic, homophobic, and plain systematically hateful right-wing sentiment across the continent.

But if all these societies have these failures in the exercise of power, then constraints on their power drawn from the common humanity of all of them in cooperation, may do more to address the roots of these challenges, do more to keep their authorities responsible to their citizens, than any one state might by going off to do whatever its elites like. The prospects the EU offers for Europe's future – the chances of it addressing conditions closer to those that spawned the hells of the twentieth century than any since that time – are a hundred times better than the dangerous standard Mr. Cameron seems intent to set: of European countries, swollen in the national egos, marching their people out so as to abuse them however they like.

We have centuries of lessons, literally, about what happens when European countries do whatever they like. The EU is barely half a century old, but its thin foundation is built on another it chose to reject, an era of mutual cyclic bloodthirst as deep as time immemorial. People like Cameron dig up the EU and its restraining capacity at everyone's peril, because once their shovels hit the bedrock then it's skeletons all the way down. Until European societies truly overcome their role in humanity's sordid paradigms of greed and prejudice, until they get past their massive problems in the responsible use of power, then sticking with the EU, and helping to make it work, is a choice they must make not as an interest calculation, but out of their obligations as human beings.
Posted by Chaobang at 12:49