Commuting Will Ruin You 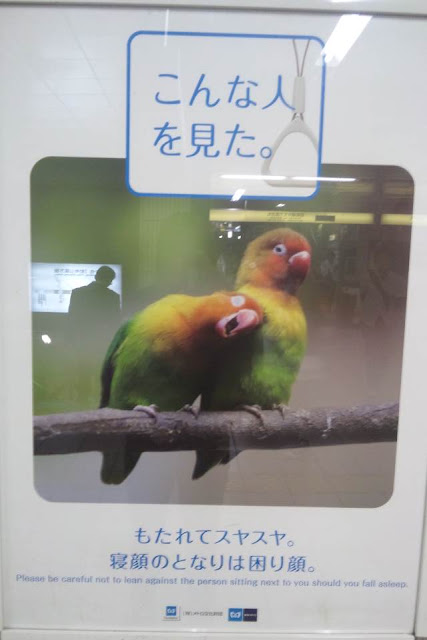 (The text reads: 'Please be careful not to lean against the person sitting next to you should you fall asleep.')
When asked – often perplexedly – what is so bad about London, the London Underground springs instantly to mind.
Here is one account of why.
It is that bad. And though an exasperating public transport system may not appear so terrible next to some of the problems in this world – it's perhaps not quite yet crimes against humanity – its contribution to the world's miseries, and certainly London's miseries, is significant enough to warrant grave concern, including in discourses concerning the country's "development" status and the condition of humanity within it.
Of course, this problem is hardly unique to London. As development is, after all, a continuous journey on which all societies have a long way to go, all cities should be constantly seeking to improve in all ways possible, regardless of how well they believe they are already doing.
The gravity of the London Underground's horrors might be expressed as the combination of three aspects: their depth, their duration and their context.
-Depth: The severity of the ordeals it inflicts on its passengers defies belief. To ride those carriages is to experience their aura of perpetual depression, accentuated by poor cleanliness, an abundance of litter and graffiti-scratches in windows, a still worse abundance of tasteless adverts so blatantly seeking your money, exorbitant fares, unbreathable subterranean urban air, absence of disabled access for many stations – and this is before any mention of the recurrent strikes, signal failures, severe delays, and a total lack of resilience to even the mildest shocks or circumstance changes such as snow or leaves.
-Duration: London Underground miseries are less a sudden and acute experience, and more a long-drawn-out nightmare which snips and slices at your endurance over months and years. In London there are few transport alternatives, with its millions of commuters dependent on the Underground network; thus however unbearable you find a given signal failure or severe delay, you know that you have no choice but to get back on it the following day, and the day after that, and so on indefinitely. Given enough exposure, it inexorably grinds your soul to dust.
-Context: Many of those so encumbered already struggle through a deplorable London existence. Work is likely stressful, demanding and loaded with institutionalized unfairnesses; indeed the very conception of work in Britain is a broken one, and so too are many families and personal relationships. In this era of barbarous austerity, making ends meet is a burden enough as it; and so this anguish radiates from all it affects on the Underground, and spreads pervasively while magnifying the shattered commuter's strife.
Again, it doesn't quite reach the level of a manifest failure in the Responsibility to Protect. But in London and elsewhere, the daily commute is a critical institution in the lives of millions of people, and the commuting experience impacts so much in the citizen's morale, efficiency, mood and attitude to life. Taken on aggregate, think how massive the scale of effect must be on a country's social and economic health.
If all your commuting was like this, it would surely do little good to how well you work and how pleasant others find your companionship:

But even the simplest introductions of niceness can bring tangible improvements. How about posters like the parrots above; or even what I encountered a few years ago in St. Petersburg, where a station's escalators were lined not with greedy adverts, but bright and colourful photos of tropical birds? What if the announcements by drivers or station staff sounded like they actually care about you – or indeed, if a word is actually comprehensible and not drowned by static? Or if nothing else, what of the mere satisfaction of watching your train arrive on the time the display says it will – the sense that this, at least, is right in the word?
As recently considered, this is not a matter of outright revolution or regime change – at least, not in most societies. All it calls for is an ounce of reflection on all our parts – the managers, the drivers, the station staff, the cleaners, the station designers, and indeed the commuters too – on what might make life just a little less soul-destroying for those our work brings us in contact with. This alone won't rescue the London Underground, less so a human society broken in so many ways; but it will make a difference everyone can notice, set an example where it counts, and generate hope. From hope comes the will to change the world: the most necessary and important ingredient for actually doing so.
Posted by Chaobang at 11:35