Fourteen years in Britain, for the most part miserable. While I must acknowledge the many worthy human beings whose paths have crossed with mine – relatives, academics, guild fellows, martial artists, and so on –  my time in Britain has been of alienation, bitterness and strife. But my impending departure to Japan is not the first time my irreconcilable differences with Britain’s attitudes and norms have led me to leave its shores. 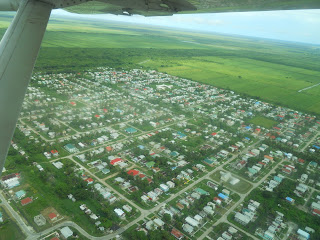 In April last year (2010) I went to Guyana, aiming simply to get out of Britain and forge a destiny somewhere where it was actually possible – in Britain it was not, for I could not identify with that land and there were no opportunities.
Guyana was an adventure which cannot be summarised on one mere wall of text. Its duration was shorter than it might have been – four and a half months – yet within that time it concentrated enough impressions to counterbalance over a decade of British nightmares.
I sought to live and work amongst Guyana’s indigenous people. But half my time there was spent battling with its coastal bureaucracy in a sordid political climate, for the chance alone to get into the indigenous areas. When I did, it was thanks to the indigenous leaders themselves, specifically Sydney Allicock (below), quite possibly the most inspirational human being I have ever met. 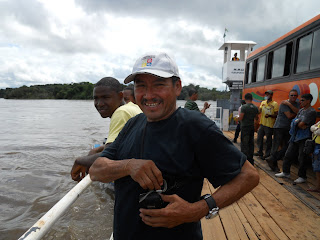 I taught English and Maths at the Bina Hill Institute until the end of the summer term, but I doubt I imparted on these Makushi communities a fraction of what they imparted on me. It is what they have to teach, in fact, that matters in this world.
Much of what is wrong in Britain (and in much of the commercialized world) can be ascribed to the severing of the two crucial bonds that make all human beings human. Each of us, no matter where we are from, is of the Earth; and so too are we social creatures. Our relationships with the Earth, and with each other, define us, and only when those relationships are healthy can we produce societies worthy of the term. 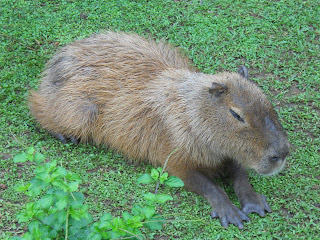 The political, economic and social models in places like Britain have sundered those relationships: we become atomistic, selfish, greedy, prejudiced, mired in arrogance and hypocrisy we cannot reflect on to see. We place ourselves before all our fellows and any concern of the Earth, and peddle contemptuous academic theories that this is but human nature, universal and timeless.
Theories that indigenous Guyana exposes as preposterous. There we have what the pessimists believe impossible: a decent society. A society where people are generally good: friendly, tolerant, curious, with a continual desire to learn, to improve, to make things better for everyone. It is not that they lack problems or challenges – indeed their present challenges may be their greatest yet. It is that they have the humility to understand that all societies have challenges, to reflect on theirs and thereby seek to resolve them in a way that works for everyone. 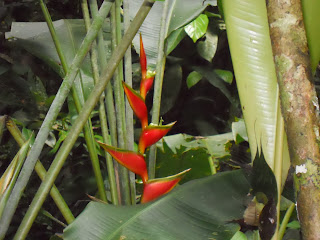 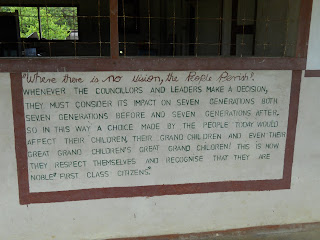 They have the foundations that Britain has lost: the identification with other people, and with the living Earth on which they depend. So long as those foundations are intact, there is no limit to the greatness a society can attain. Forsake those foundations, and the only way is down – and when societies think most highly of themselves, it’s a long, long way down and the collision at the end will be all the more excruciating. But I had to see with my own eyes that this disaster is not inevitable, not logical, not “development”: that humans can do better than in the likes of London. In the North Rupununi, they do.
So why didn’t I stay? Were my choices concerned primarily with what I want as a person, I might still be there now and for years to come. But that could not be my journey: it was necessary, is necessary, to travel further, wider, find out more about what drives humankind to its madness. It is a journey that now leads me to Tokyo, to the United Nations University, where this goal necessitates that I be a human being first and an academic only second. As either, what I learned from the Makushi shall never be far from the front of my heart or mind. Humanity’s journey can be a good one; and wherever it is miserable or callous, that is not nature, but a breakdown thereof. 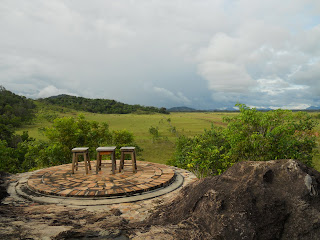